You are here: Home / Family / Conversations With My Kid: What’s an Orphan?

I remember talking to my son when he was a baby and thinking, “What will it be like when he can answer me back and we have actual conversations?!” What a far off moment that seemed like at that point in time. Fast forward nine years and Big A and I have pretty good conversations often. I love that boy so much. He has such a big heart and his questions are always good and thought provoking. We’ve always encouraged him to ask questions; because that’s how we learn right?! You and I both know this isn’t a parenting blog per say, but since we have such good conversations, I want to share them with you and I want them to be here for when he looks at the site one day when he is older. 😉 Just recently we were driving home after his Cub Scout Christmas party and he asked me this, “Mom, what’s an orphan?” I thought about it for a second then started talking. 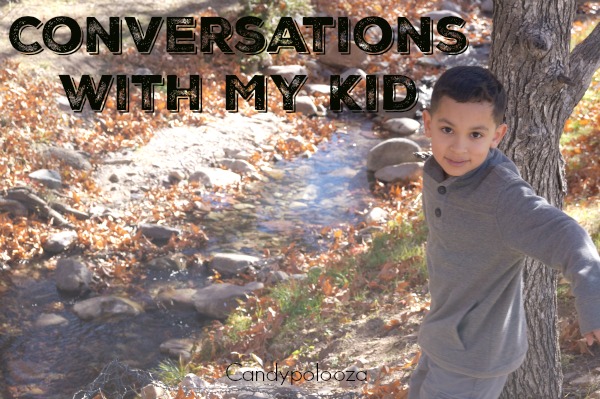 Here’s the back story to the question. He doesn’t just come up with them out of thin air. He’s a thinker like the hubs and I. The Christmas party included a Nacho night and a movie. After everyone was done eating the projector had been set up and the boys had two choices and they voted to watch ELF. One of my favorite live action Christmas movies with the hilarious Will Ferrell! The back story to his question was why would Santa keep Buddy

I explained to him that Buddy was an orphan and he was living at an orphanage when he climbed into Santa’s bag. While Buddy was technically a stow away/ runaway (sort of) that Santa did the right thing by taking him in and becoming his family. We then talked about scenarios in which children become orphans. We talked about both parents dying or not being in the child’s life and they are left with no known family. I made sure to tell him that he would never be an orphan (God willing) because there was a group of people that would take him in and take care of him and Little E. One of my sisters, or my parents or my in-laws or some very dear friends of ours. He would not be left alone in this world. It was a sad conversation but I guess if he ever had a wonder he knows now.

Being a parent is so hard sometimes. But I’m glad that we can have these types of conversations, and I’ll be sharing more of them with you. Hopefully it’ll help you answer some of these same questions with your kids. Maybe..

How would you explain what an orphan is to your children?