You are here: Home / movies / Hacksaw Ridge A Must Watch #HacksawRidge

On November 4th Mel Gibson is sharing an amazing film with the world, Hacksaw Ridge, the untold story of World War II hero Desmond Doss. His faith kept him from carrying a weapon on the battlefield, yet he managed to save many lives during the battle of Hacksaw Ridge in Okinawa. Already receiving much critical acclaim and buzz for awards season, Hacksaw Ridge is a must watch! 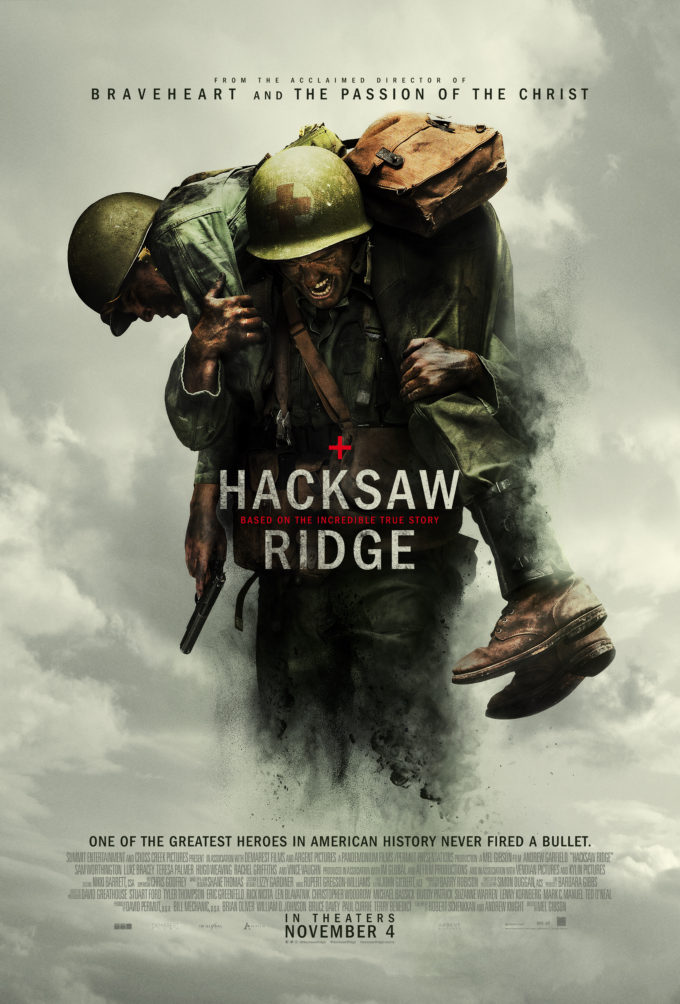 As the wife of a soldier, movies with a military element are always hard to watch. Most of the time I watch with my husband at my side. I can’t help but think that each movie, no matter which war could be a variation of our story or a story of someone we know. He loves all things Military History, as I write this I look to my left and see all of his books 75% of them military history genre fiction and non-fiction including some biographies. World War II and Vietnam being the ones he reads more of other than the current conflict but that’s for another day. I did talk to my friend Taty from CoolMomCoolTips and she mentioned to me that if my husband was deployed it was probably a good idea for me to not watch the movie. So expect lots of emotions and feelings while watching Hacksaw Ridge my friends.

I’m excited to watch Hacksaw Ridge with my soldier and I hope you and your military partner or spouse this weekend! Watch the trailer below:

Make sure to follow Hacksaw Ridge on social as well:

Are you making plans to watch Hacksaw Ridge this weekend?