You are here: Home / Sweepstakes etc / I Just Made Up a New Word

because I’m a goober…

Ready? Here it is: 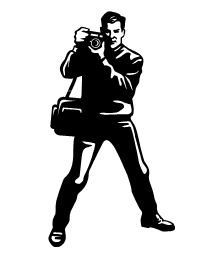 Definitions: Either people who make documentaries or people that enjoy watching them.

I was chatting with my friend Kelley and I was telling her how much we love to watch documentaries and I totally made up the word Documentarians. LOL This is the silly part of me that few or many are aware of. We probably watch an average of 4 a week.. The ESPN ones are really good on Netflix- just saying..

I’m going to be real with you all, as many of you know my sometimes hobby is entering sweepstakes. I do from time to time win some pretty cool stuff. Like many a “sweepstaker”, I’m modest about my wins and don’t really put it out there like, “Hey check out what I just won!” Back in August I was contacted by a PR rep from Bud Light about winning a 65″ HD 3-D Internet ready TV. Yep a humongo televisino with all the cool add-ons.. LOL  I’m not even going to post a picture of it. It’s ridiculous..  but hey I won it! and I secretly love it. Like I said, I try to be modest.   So I was telling Kelley how much we love to watch documentaries and she mentions a documentary that she saw that has been turned into a series on MTV. Turns out it’s a documentary my husband and I saw, -there’s not many we haven’t seen.. Netflix and now Hulu Plus are constantly streamed after the boys go to bed. I mean why are we even paying for cable right?

The movie Catfish. Have you seen it or heard of it? This guy meets someone online and they in turn begin an online relationship, not too far fetched right? Well turns out the love interest isn’t any way or form who they portray themselves online. Who does that right? Evidently more people that you would think sadly.

Well turns out like I mentioned it’s an MTV series now! OMG talk about a mindless television marathon!

Who’s in? This girl is! LOL

This post was kind of a rant on rattle.. a little part of who I truly am. LOL

Who’s into sweepstakes? Would you like for me to do a series on how to win? I’ve been pretty lucky since I started and I have the inside scoop from the lady her Sweepstakes Mama too.. 😉

and the most important question of all-

ARE YOU A DOCUMENTARIAN?? hehehe