You are here: Home / Books / Someone Else’s Love Story by Joshilyn Jackson a Book Review

I had the opportunity to meet Joshilyn Jackson at the Georgia Literary Festival that was held at Augusta University back in November. My newest Contributor Marisa reviewed her book and I’m excited to share it with you all today.

“Someone Else’s Love Story” by Joshilyn Jackson a Book Review

What is this book about? That was my initial reaction when I was asked to review Joshilyn Jackson’s book, “Someone Else’s Love Story.” As a first time reader of Jackson’s work I did not know what to make of it. So, I just prepared myself for a full-on, sappy romance novel. However, I was pleasantly surprised (i.e. highly relieved) when it did not meet this expectation. 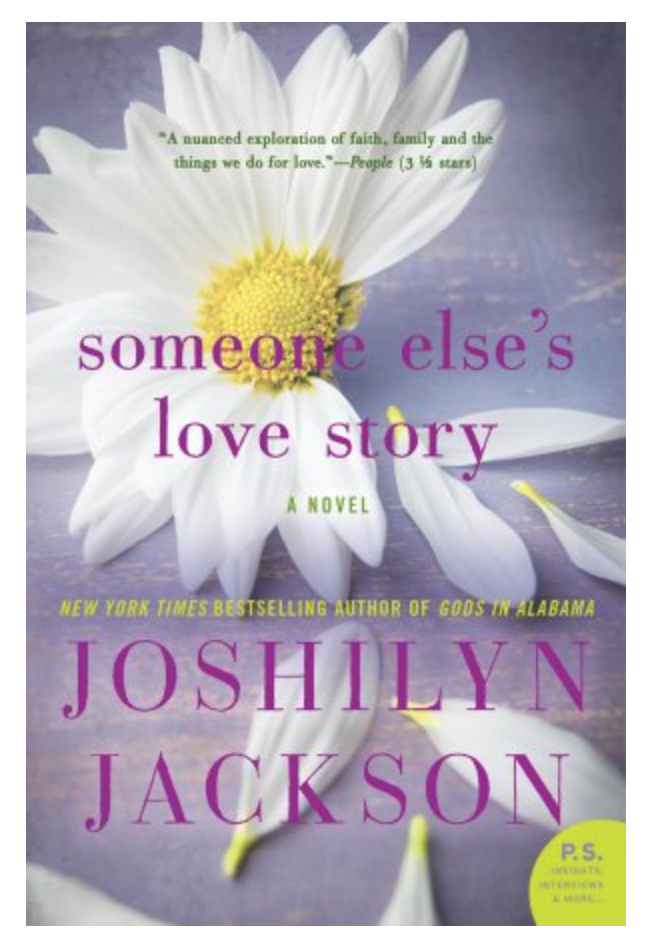 Shandi and her son, Natty, find themselves caught in the middle of a botched gas station robbery just as they were on their way to new lives. William finds himself between a gun and a three-year-old boy during a gas station holdup while trying to deal with a dark and personal tragedy in the detergent aisle. From this moment on, Shandi decides that William is the answer she is looking for, both in love and in dealing with her past. Which we get to discover from the inner thoughts of Shandi and William as each chapter alternates between their points of view. Jackson did a superb job building her characters. The details of their background (Shandi’s divorced Catholic mother and Jewish father who don’t know when to stop arguing), and past (Jackson kept William in a little box of mystery, only opening it slightly throughout the book) help readers understand the actions of Shandi and William.

The many components that these characters were developed from made them believable, and authentic, namely William. This is where I point out that “Someone Else’s Love Story” is the first book I have ever read with an autistic main character, and I am glad that Jackson was the author that led me through this experience. Because of his high functioning autism William perceives things in a different manner, and as readers we get a peek at William’s world.

Although I enjoyed this book, I really wanted the BFFs of our main characters to have a bit more screen time. Shandi’s partner in crime, Walcott, woos with poetry and knows the ins and outs of being a best friend. William’s best friend, Paula, is just as snarky as can be and knows how to give out tough love. Both Walcott and Paula bring the funny to otherwise serious moments, and undoubtedly compliment their respective counterparts.

As the story developed, there were some points that left me thinking, That was SO obvious. Along with a few plot twists that kind of popped up out of the blue where the only appropriate reaction was, WHAT IS HAPPENING? Jackson definitely knows how to capture her readers and keep them glued to a story, and those who enjoy Southern fiction will certainly want to put this on their list of books to read!

Joshilyn Jackson is a New York bestselling novelist that lives in Decatur, Georgia with her husband, children and two dogs Bagel and Ansley. She is the author of six novels and her latest that debuted in February, “The Opposite of Everyone“. 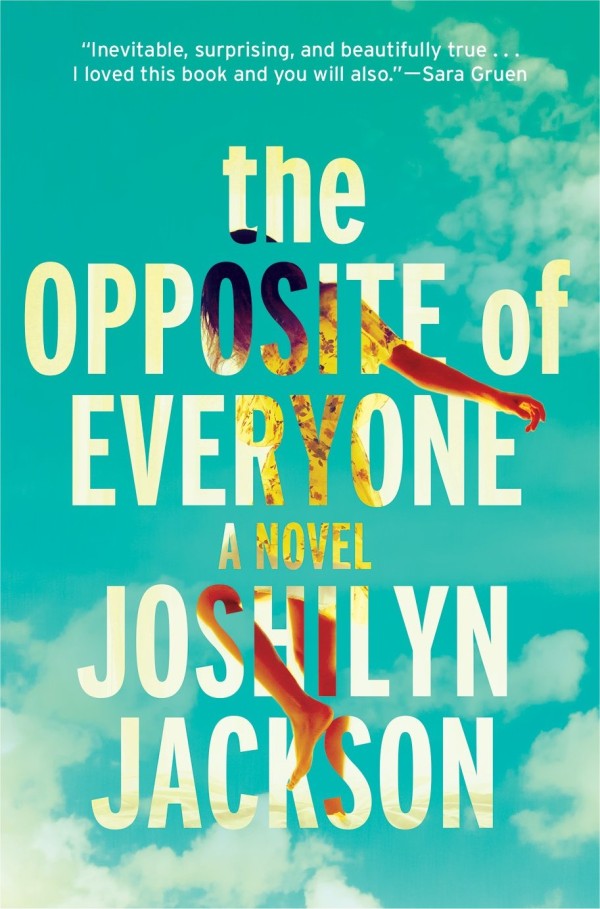 What’s your favorite book genre? and what are you currently reading?