You are here: Home / Entertainment / Top Five Reasons to Get Marvel Studios Ant-Man and The Wasp AD 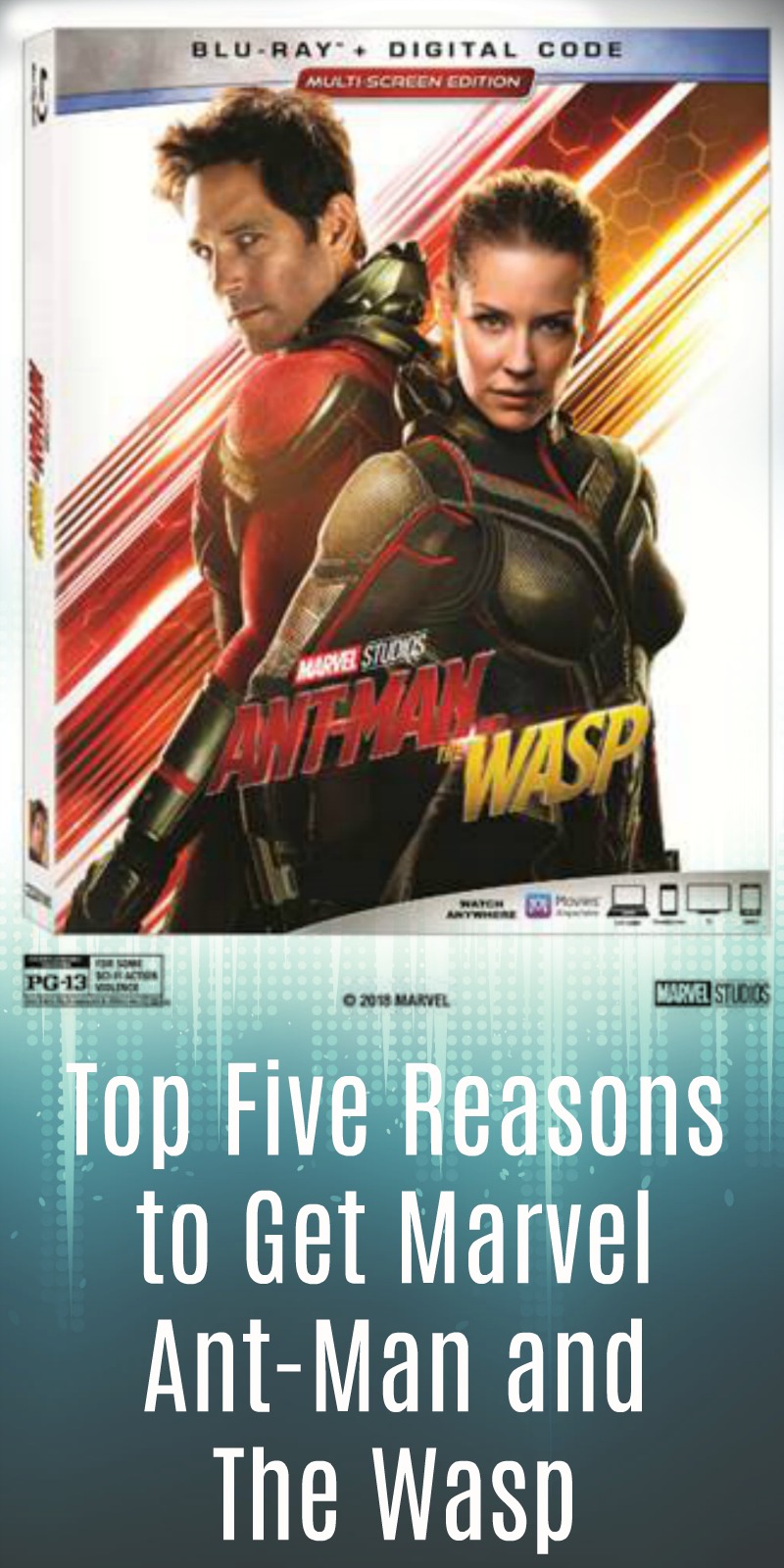 ANT-MAN AND THE WASP

This film is the continuation of Ant-Man. I’ll expand more on the “What happens next” in the next paragraph. So let’s talk Ant-Man and The Wasp. This is a whole nother story with more action and suspense. The family of Scott Lang changes dynamic as Bobby Canvale’s character becomes the stepfather and protector of Cassie. It’s a different feel from the first, but it’s just as good if not better! I loved it!

At the end of Ant-Man, we saw Dr. Hank Pym show his daughter Hope The Wasp suit. In 2015, all we could do that the minds at Marvel would bring us an amazing female character to the Marvel Cinematic Universe that would be The Wasp! But what story would they develop?! In my opinion that is always the best part for me. The writers have to dream big and come up with great a plot. Get the film and you’ll see!

If the two people on the cover aren’t enough for you, let’s talk the legendary actors Michael Douglas, Laurence Fishburn and Michelle Pfieffer! New comer Hannah John and the amazing supporting cast of Michael Peña, Abby Ryder-Fortsen, Judy Greer, T.I. and Bobby Canavale. There’s more, but you’ll have to see them for yourself!

Ok so I kind of touched on this in wondering what happens next, but here’s the thing- The Wasp aka the first female character in the MCU to have a title role in the film. Yes! How amazing is that?! There are plenty of women in the MCU, but none have ever had their name in the title of the film. This is big ladies and gentlemen! And we can only hope that it continues! 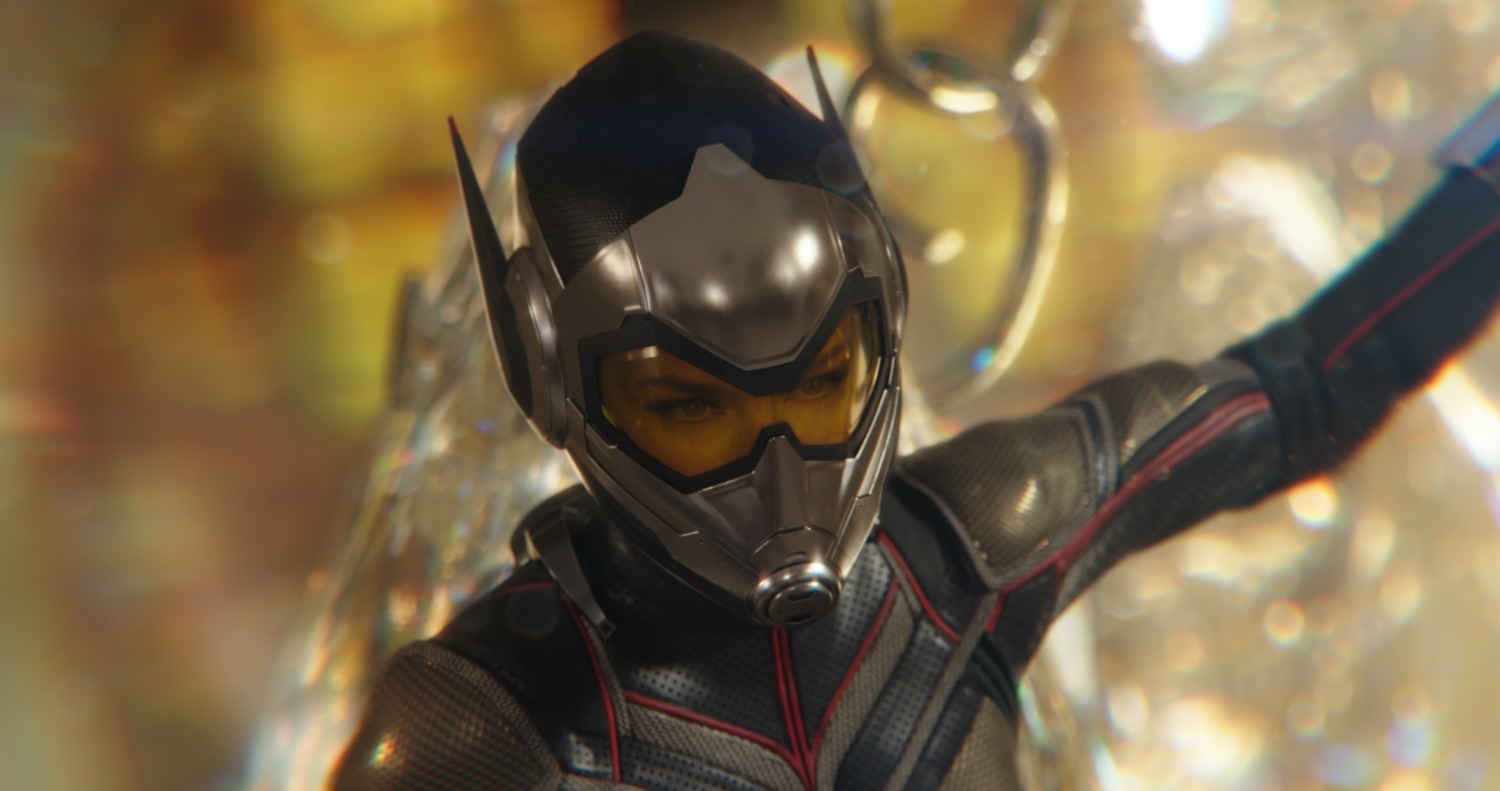 ENDING CREDIT FOR NEXT MARVEL FILM

Umm yes! If you are a Marvel fan, you know to stay through every single credit after the movie ends. If you walk out, you are missing out on a great sneak peak of what’s to come from the next Marvel film. In the coming years, an MCU movie binge is going to last about a month! They all kind of continue each other by sharing the sneaks so it’s essential to stay mi gente. Do.Not.Get.Up. If you are following the films, yes the continuation sneak shares a little something from Infinity War. If you’ve seen Infinity War you know some of the MCU didn’t make the final credits. That’s all I’m saying, you must watch til the end friends!

I don’t think you need anymore reasons to get Marvel Ant-Man and The Wasp. Five was enough, if you are a fan of the MCU, don’t miss this chapter of the amazing story our heroes and villians are telling.

Have you seen Ant-Man and The Wasp? If you have or have not, tell me what you are looking forward to in the film.