Who’s ready?!!! WE ARE!! Ant-Man hits theaters tomorrow!! Tonight if you are a die hard and are headed to the midnight showing. I miss those days! But seriously, Ant-Man has been said to be an amazing film perfect for the whole family! If you’ve seen the previews you see that Paul’s character Scott has a daughter and he’s fighting to save the world! The daughter is played by Abby Ryder Forston (The Whispers) and their relationship is the world to Scott. So you know there will be great family moments in this film but also some kick ass action as well!

Are you ready for Ant-Man?!

The next evolution of the Marvel Cinematic Universe brings a founding member of The Avengers to the big screen for the first time with Marvel Studios’ “Ant-Man” when master thief Scott Lang must embrace his inner hero and help his mentor, Dr. Hank Pym, protect the secret behind his spectacular Ant-Man suit from a new generation of towering threats.

Here’s the latest trailer! Let the kids watch it with you so they too can get excited for the film! It’s so cute!!

Now are you excited to see Ant-Man?!! Check out these fun facts about the film: 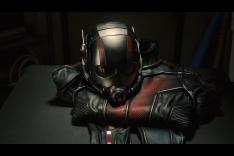 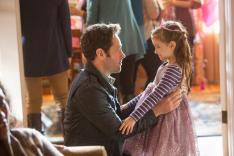 You’ll impress your friends knowing all this cool stuff!

Are you going to watch Ant-Man this weekend?! Big A has requested we go! I’m so excited to have some movie watching on our agenda this weekend!!