Just hearing the name of the show “DuckTales,” makes me start singing the song. “Life is like a hurricane,” you know the rest of the song! Yes, friends Disney XD premieres “DuckTales” reboot and I’ve got all the exclusives! Life was truly like a hurricane during our time at Disney D23Expo. Thanks to Disney for inviting me to attend this amazing event. It was outta control you guys! I’m stoked to share our experience from meeting the executive producers, talking classic DuckTales and of course jumping into Scrooge McDuck’s money pit! 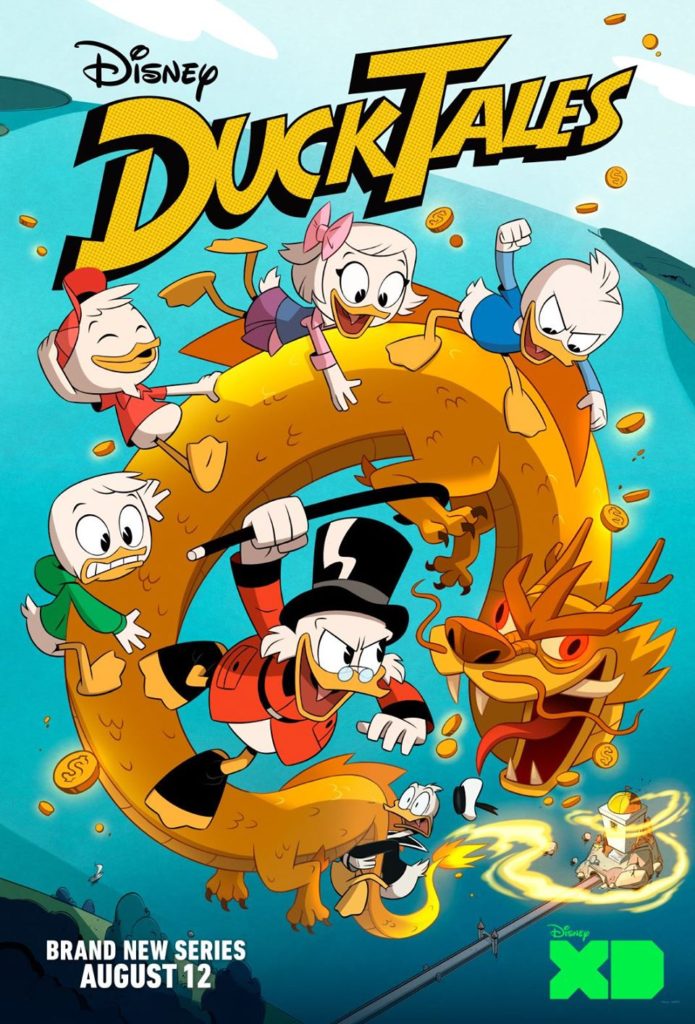 If you were a fan of the original, you’re going to love the reboot. DisneyXD has hit a home run with DuckTales. We received a great poster and pencil case and when I unpacked the poster Aramis was very excited and Ezra was so happy he ran off with the pencil case. The boys have been fans of DuckTales for a couple years now, I downloaded One of the things Aramis said was how it looked like a comic book. That quickly took me back to the interview when Matt and Frank said was that they “wanted to keep the hand drawn look and feel to the series so if you ever pause the show you’ll see the comic book pulp.” How cool is that?! I love that my kiddo noticed that right off the bat. You can see the pulp used in the DuckTales title poster below. Go ahead take a look.

You can only imagine the awesome adventures Huey, Lewy and Dewy and Webby will go on hanging out with Scrooge McDuck. I can’t wait for you to see the first episode so we can chat about it. As a matter of fact, I think we should all meet on Twitter and tweet during the premiere. What you don’t know when it premieres?! Here ya go! 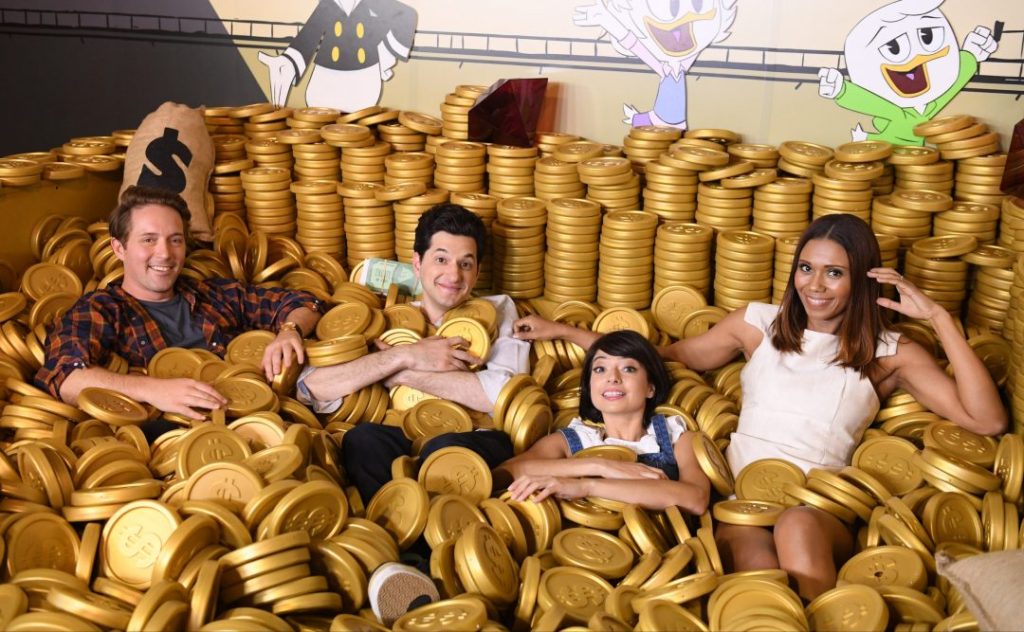 Check out the teaser below! I think you too will love the new look and make sure to look for easter eggs in the teaser and during the series. Disney has done an amazing job with this series. I can’t wait to watch with the boys!
One of the things I was looking forward to was checking out Scrooge McDuck’s money pit. Yes! They brought in the money pit and we had the chance to take a dip! Can you imagine!? I think watching as a child, that’s all we wanted to do- take a dip in the money pit. And that’s exactly what happened. We were told the wait in the line was upwards of 2+ hours. Thankfully being with Disney we didn’t have to wait, but I have to tell you it would have been worth it! Check out my dream dip into Scrooge McDuck’s gold coin pit below:
The entire Disney D23Expo gang took a dip! It was fantastic! It was hard as hell to get out of it, but it was a highlight for sure! 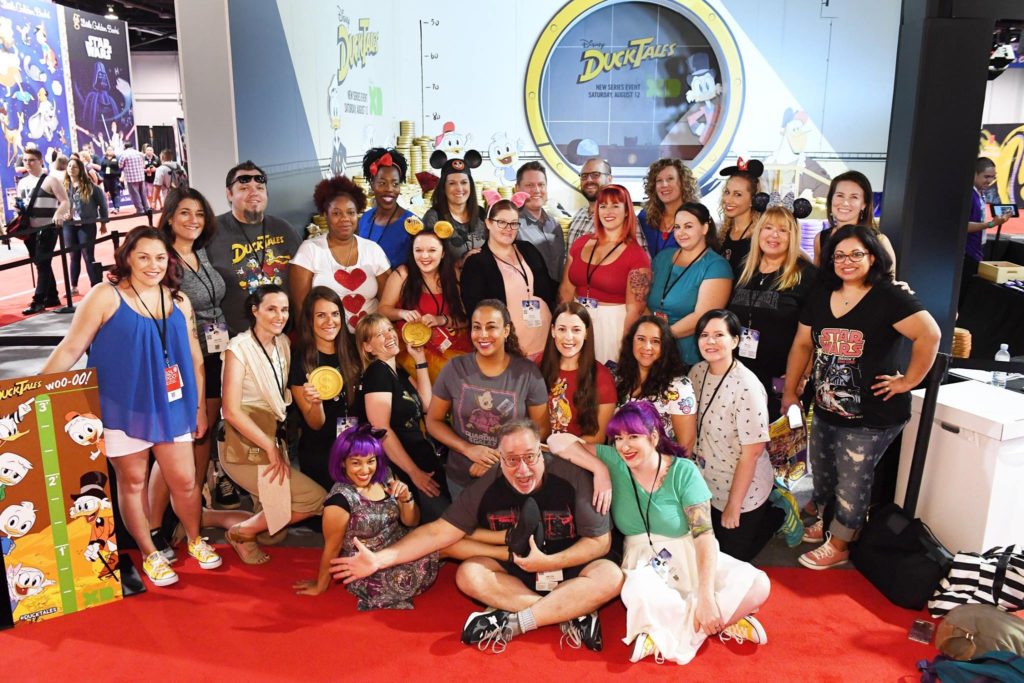 Did you watch the original series? What are you hoping will come up in the reboot of Disney XD Ducktales?