That’s right!! Can you believe it!? It’s time to get spooky with Freeform’s 31 Nights of Halloween programming. From Oct. 1-31, viewers can celebrate Halloween at home with haunting movies, including fan favorites “Ghostbusters” (1984), “Tim Burton’s Corpse Bride,” “Hotel Transylvania 2,” “Goosebumps” (2015) and “Shrek.” Films new to the lineup this year include “Maleficent: Mistress of Evil,” “Fright Night” (2011), “Jaws,” “Cowboys & Aliens” and “Men in Black II,” among others. 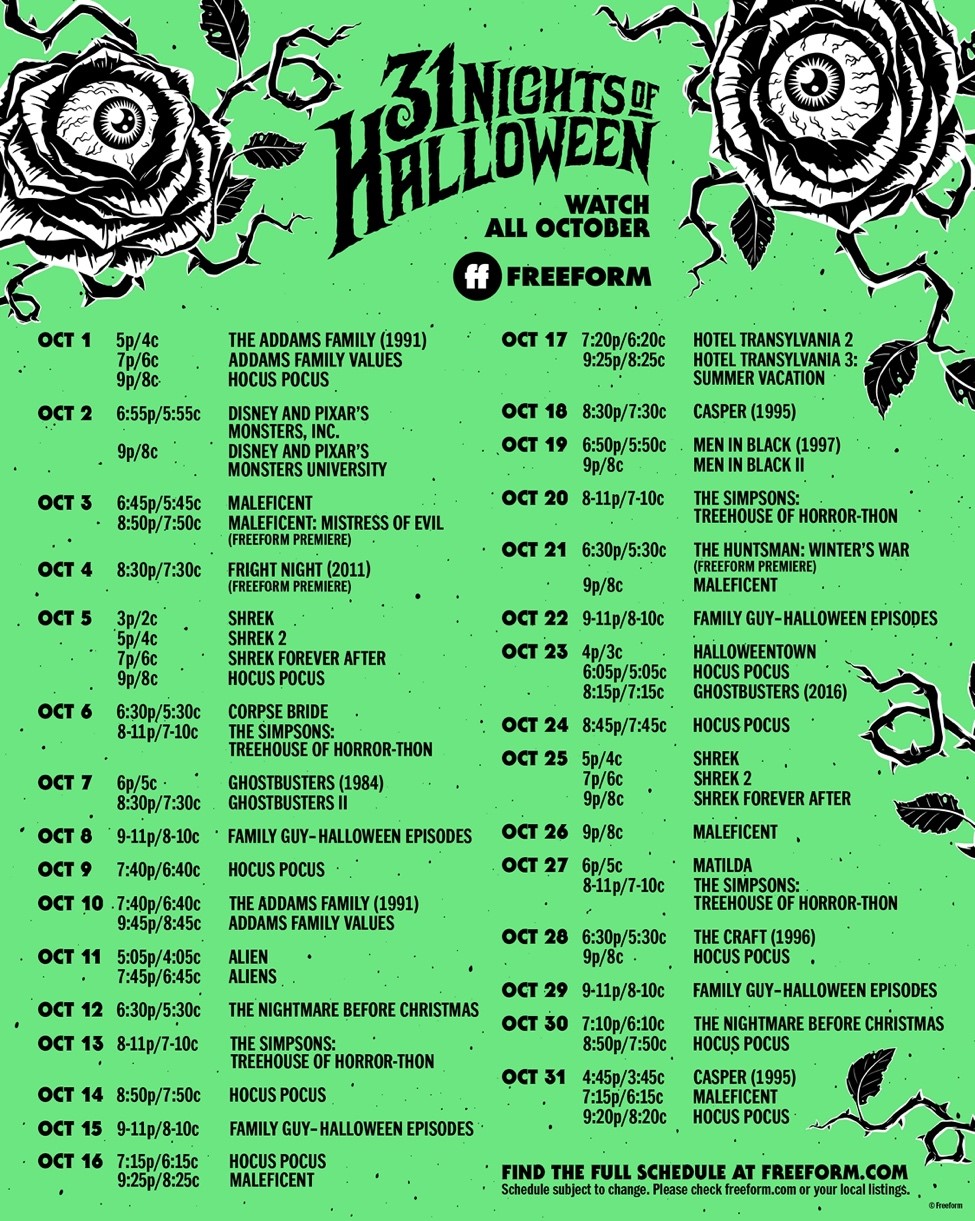 In the Los Angeles Area??

Fans in the Los Angeles area will get a chance to come face-to-face with some of these films at “Freeform’s Halloween Road,” which will be taking place at Heritage Square Museum from Oct. 1 until Oct 5. Tickets are on NOW AVAILABE and can be purchased at http://31nightsofhalloween.com/.

Freeform’s distinct brand of coming-of-age programming helps to position it as the No. 1 primetime cable network in entertainment among Women 18-34 in fiscal year 2021 to date. Connecting to audiences with its bold original programming and immersive social engagement, Freeform channels the force and momentum of its young adult audience in its quest for progress with authentic, groundbreaking original series such as Emmy®-nominated “grown-ish,” “Good Trouble,” “Motherland: Fort Salem” and “Cruel Summer,” which is the No. 1 new cable drama of 2021 to-date among Women 18-34. In 2021, Freeform aired three of the Top 10 scripted cable original series among Women 18-34 – more than any other network, with “grown-ish” ranking as cable’s No. 1 live-action cable comedy series of the year with both Adults 18-34 and Women 18-34.

Which nights will you be watching??