If you are a fan of the animated motion picture The Croods, you’re going to love Dreamworks The Croods: Family Tree streaming on Peacock and Hulu. Thanks to Click Communications for the invitation to participate in a fun interview with Executive Producers Mark Banker and Todd Grimesserve as executive producers and actor Amy Landecker. These conversations are always so much fun and insightful. I hope you’ll enjoy the interview and the series as much as I do. 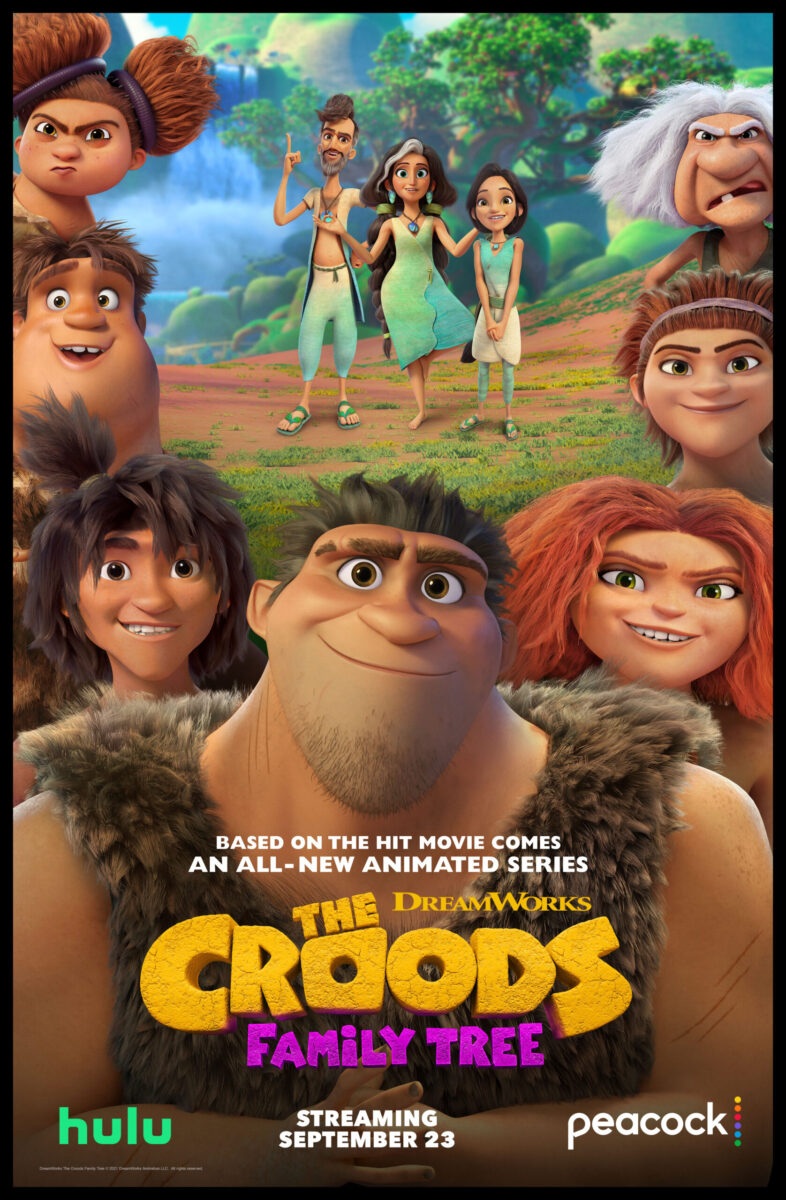 I have to admit I am new to The Croods. For some reason or another, we’ve never watched any of the films. Viewing the series was a great experience and I have to admit how much I loved it. First off the animation is so beautiful. I love bright and vibrant colors and this series is chock full. If you enjoyed the drawing animation for flashbacks, you can be happy to know they kept the same style for continuity. It makes for a great transition in the scenes for viewers to follow the storyline.

The characters are so much fun and I love the feeling of positivity that I feel while watching. The actors did such an amazing job of coming into these characters, because you’ll notice that the actors are different from the animated film. You’ll enjoy each episode and the adventures of the Croods and the Bettermans as they learn to live together in harmony.

You can expect positive messages and great learning moments from this series. I really enjoyed it and hope you do too!

The Croods: Family Tree continues the ever-evolving story of the Croods and the Bettermans as they learn to live together on the most idyllic farm in prehistory. The journey from sparring rivals to unlikely friends is fraught with hilarious misadventures as the two families slowly overcome their differences to turn a tree house divided into a tree home united.

In 2013, the modern day was introduced to the first family of the prehistoric one with The Croods. Starring Nicolas Cage, Emma Stone, Ryan Reynolds, Catherine Keener, Cloris Leachman and Clark Duke, the Academy Award®-nominated comedy about a clan dealing with their changing world swept up global audiences, reminding us of the timeless importance of family…and just how little we’ve evolved. Since then, The Croods has become a global franchise, earning more than $785 million worldwide.  In 2020, DreamWorks Animation invited audiences on an all-new adventure back in time with The Croods: A New Age. Having survived their fair share of dangers and disasters, from fanged prehistoric beasts to the end of the world, The Croods faced their biggest challenge of all: another family. And their adventures are just beginning. 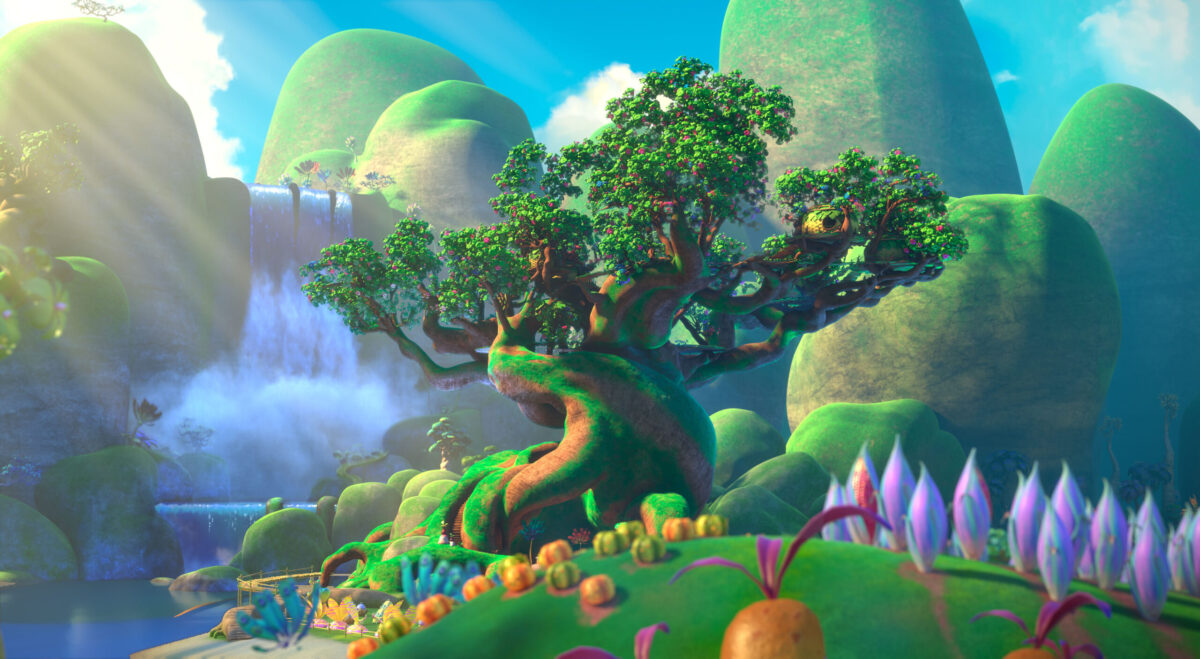 DreamWorks Animation is one of the world’s leading producers of high-quality, animated family programming, reaching consumers in more than 190 countries. Creating a diverse array of original content in a variety of formats and delivering deep, fully immersive worlds served up with compelling characters, the prolific studio has garnered 27 Emmy® Awards since inception in 2013 and is home to such beloved series as Spirit Riding Free, She-Ra and the Princesses of Power, Archibald’s Next Big Thing, Kipo & the Age of Wonderbeasts, The Boss Baby: Back in Business, Kung Fu Panda: The Paws of Destiny, The Epic Tales of Captain Underpants, Dragons: Race to the Edge, All Hail King Julien, and the recently released Gabby’s Dollhouse and Go, Dog. Go!  DreamWorks is a division of the Universal Filmed Entertainment Group within NBCUniversal, a subsidiary of Comcast Corporation.

Previous Post: « Expect All The Feels, The Starling on Netflix 9/24
Next Post: Freeform’s 31 Nights of Halloween programming #31NightsOfHalloween »