You are here: Home / Home / My Front Door April Fooled Me

Going about our normal morning routine and then you have a little blip that  happens. Today is the first day of April, April Fools Day for the tricksters.

Isn’t that something! Origin is unknown, that’s just nuts.

Can you believe at 8 am I was April fooled by my door? 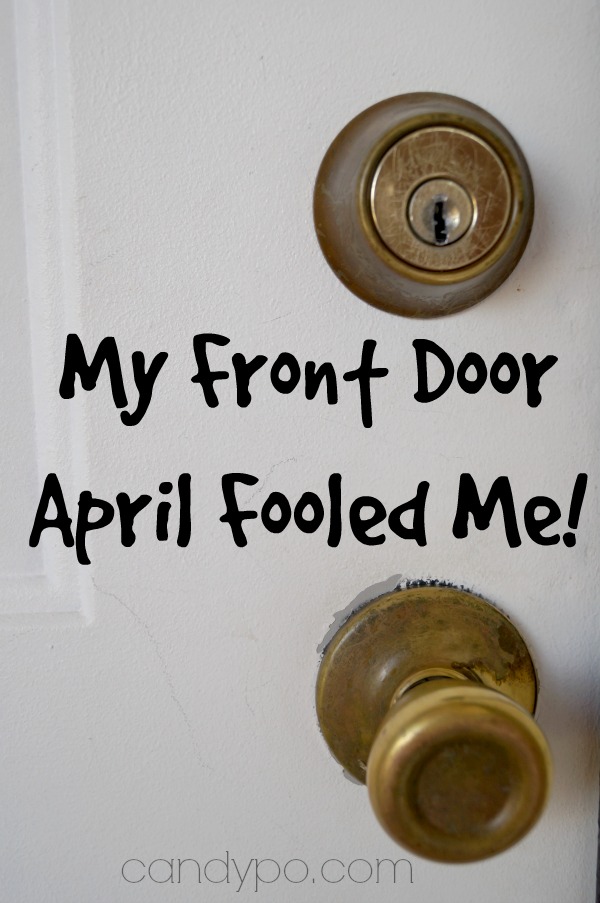 As I locked my door before dropping Aramis off for school I felt the key didn’t flow as normal, but I didn’t bother to worry. This genius left her phone in the house so I couldn’t do any preventative calls, just in case something was to happen with lock.  Since  it felt  a little tug I worried for a half a second then went on our way..

When Ezra and I returned the little tug turned into a full on tug of war trying to pull my key out of the lock. With the little one in my arms, he wasn’t wearing shoes. I walked across the way to my landlords. I will say that, it’s a positive at the moment that I live right across the street from my landlord. He came over and sprayed some lubricant on the lock and stuck key. You would figure it would slide right out.. Not so much. He had to go get some pliers.

Thankfully the pliers worked and I’m back in the house. It’s a good thing too, because I looked a hot mess this morning. I don’t get dolled up for morning drop off.

As for April Fools Day, I feel my door already got me good enough so I’m not even trying to get anyone else. Maybe I’ll trick Aramis this afternoon.. but other than that I’m ready for today to turn into a good day.

Do you April Fool anyone?