You are here: Home / Disney / Get Ready to Share the Holidays with Disney Beauty and the Beast The Enchanted Christmas

I know what your’e thinking.. the holidays come on Candy! It’s definitely not too late to start thinking about the holidays!! I for one and excited to have a bit of Belle and the Beast this holiday season! I’ll be feeling very merry on October 25th and so will you. Get Ready to Share the Holidays with Disney Beauty and the Beast The Enchanted Christmas.

The beloved animated classic “Beauty and the Beast” broke ground as the first animated feature film to receive an Academy Award® nomination for best picture and its enchanting story and captivating characters have truly stood the test of time. In celebration of the film’s 25th anniversary and addition to the Walt Disney Signature Collection, the delightful holiday adventure inspired by the timeless tale — “Beauty and the Beast: The Enchanted Christmas” — will be released on DVD, Digital HD and Disney Movies Anywhere on Oct. 25. 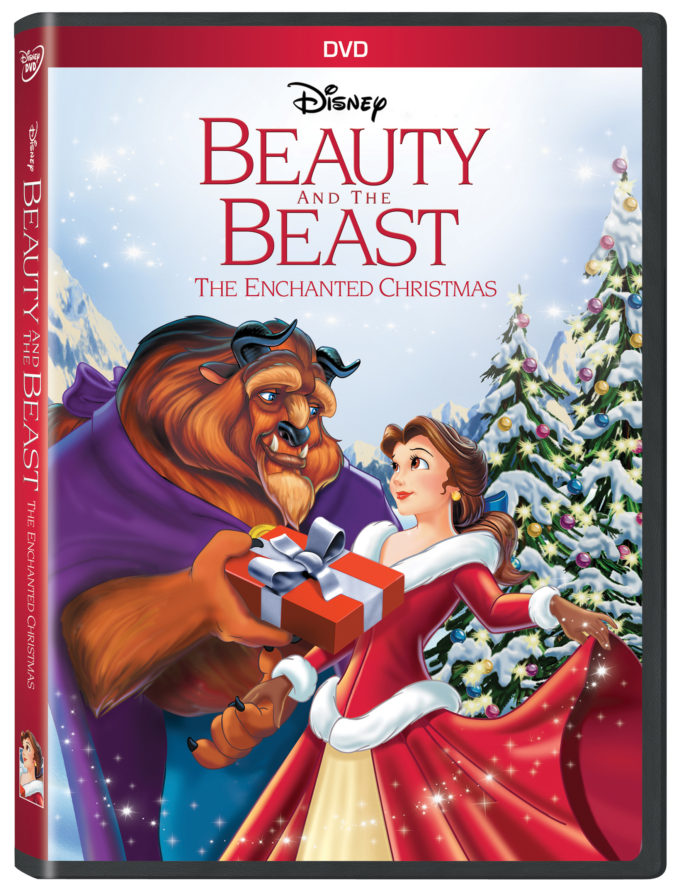 “Beauty and the Beast: The Enchanted Christmas” reveals a Christmas past when Belle does her best to warm the Beast’s castle with the spirit and hope of the season. The film’s all-star voice cast features Robby Benson as Beast and Paige O’Hara as Belle, along with the castle’s enchanted staff including Jerry Orbach as Lumiere, David Ogden Stiers as Cogsworth, Angela Lansbury as Mrs. Potts, Haley Joel Osment as Chip, Bernadette Peters as Angelique and Tim Curry as a grumpy pipe organ who threatens to ruin the holiday festivities.

The film’s original musical score, composed by Academy Award®-winning film composer Rachel Portman, fully captures the spirit of the season. The holiday cheer carries on through extensive bonus material such as a behind-the-scenes featurette detailing the creation of this holiday heartwarmer, the “As Long as There’s Christmas” music video performed by Play, and a sure-fire family favorite—the movie sing-along!