You are here: Home / Army Life / I Think I’ve Forgotten

After dinner chats with my husband are always so nice. We ask each other about our day and what we did, you know the normal things couple talk about.  This evening we started talking about names for some reason. Gosh, thinking about it now I really don’t recall why that popped up. Anyways, we started laughing at the names that my Papa ( that’s what I called my maternal grandfather) had given me when I was pregnant with Aramis. His way of helping me laugh when we couldn’t decide what my son’s name would be. Well, I could only remember one name.  It makes me so sad to realize that I think I’ve forgotten our conversations. It’s been 4 years since he passed. Even though we are off with serving the needs of the Army and aren’t “home” and I may or may not see him on a daily basis, there are times when I miss him.

See my whole first pregnancy my husband was away in training for his new MOS (Military Occupation Specialty), my grandmother had had a stroke and was in rehabilitation so I did the logical thing and moved in with my grandfather so he wouldn’t be alone. He was in his late 70’s around this time and they had lived with us while building their current home a few years before then. I enjoyed spending that time with him. He was quite a character. Everyday when I came home for lunch to fix us both  lunch he would tell, “Te tengo otro nombre, aver que me dices.” Translation- “I’ve got another name for you, tell me what you think.”  We would laugh at the though of a little boy being called the hilarious names he would tell me. But he would always say, “Yo concia alguin que se llamba asi. Translation- “I knew someone with that same name.“

Well in the end, my husband and I decided on Aramis.  I remember telling him that we had decided on a name. Fortunately for me the Houston Astros were playing against the Chicago Cubs and Aramis Ramirez was up to bat- How crazy is that?!  I think it was cosmic!  I told him and my grandmother his name right as Aramis Ramirez was up at bat. They said, “Oh ok, como el pelotero!” Translation- “Like the ball player!” Yep, like the ball player. My grandparents loved watching baseball.  LOL  I actually chose it from the Three Musketeers by Alexandre Dumas, but that way helped out.

I miss my Papa. This post was written in his memory, he’ll always be in my heart.  I’ll forever be sad that he didn’t get a chance to meet Ezra, our second son who was given his name Ignacio as his middle name. 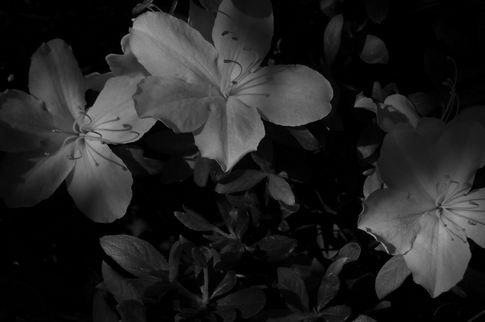 I normally don’t write sad stuff like this, but it just made me tear up after dinner and also made me smile. It’s a personal memento from my life  that I cherish and wanted to share with you.

Is there a memory that you hadn’t thought about in a long time? or Have you forgotten too?