You are here: Home / Entertainment / Interview with Chloe Coleman and My Spy Movie Review

My Spy is a fun family film with explosions, spy stuff, and lots of action! Oh, and did you know it’s FREE on Amazon Prime Video right now?! Oh yeah! But before you go look for it, check out my interview with Chloe Coleman and My Spy movie review. Thanks to our friends at Boutique Publicity for this wonderful opportunity. 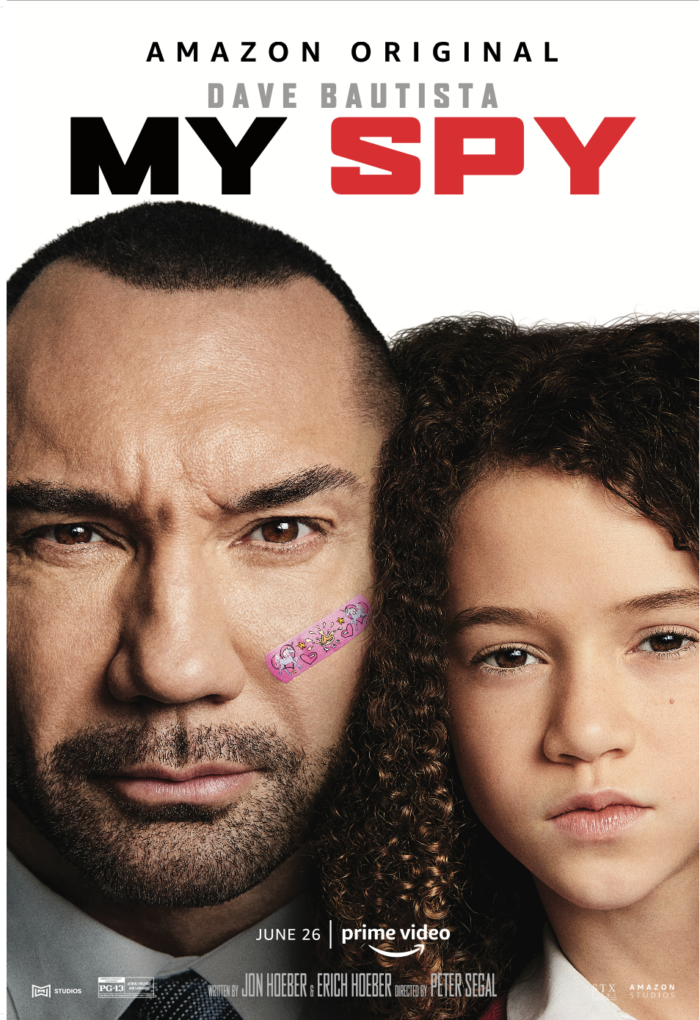 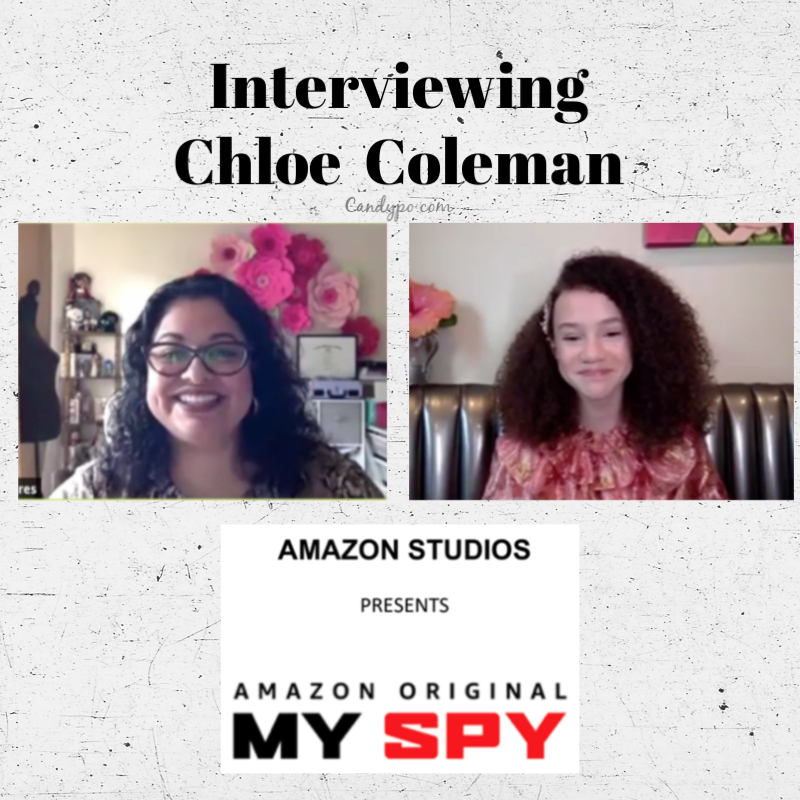 Interviews are always a blast because you get to not only see the actors from the film but you get to interact with them and ask questions about themselves or the film. Chloe Coleman is as you would imagine. She’s an 11-year-old with a super bright career ahead of her. She shows such maturity in her responses to each question and she shares that she has a heart for important causes around the globe (Amazon fires) as well as the Black Lives Matter movement. I was taken at how well she answered the final question of the interview, make sure to watch the entire 20-minute interview. You’re going to fall in love with Chloe Coleman. You can hear my question at minute 14:03. 😉

Watch and listen to the entire video here below! Thanks, Amanda!

My Spy The Movie Review

We’ve seen films like this in the past, the kid outsmarts the adults that are in positions of power and then the adventure begins. Dave Bautista stars with Coleman in the Amazon Original film, and while he might look like all the other hunky muscle spy-leads, he shows a tender side that just makes you love him so much. Bautista brings the brawn, but he also brings a softness to the film. While you think it’s Sophie (Coleman) going through things, you realize that JJ (Bautista) is reevaluating his life and really wondering if he’s doing the right thing or allowing himself to lead with his heart.

Overall, as I noted My Spy is similar to a lot of films that have this same dynamic. Am I tired of these types of films? Absolutely not. This is a review without spoilers, but I will say that you’ll be surprised and yes, you should keep watching because you won’t believe the end. I love the addition of Bobbi (Kristen Schaal) as the tech sidekick for JJ and the hilarious Ken Jeong as JJ’s boss at the CIA. Both fantastic bits in the film that will make you laugh. 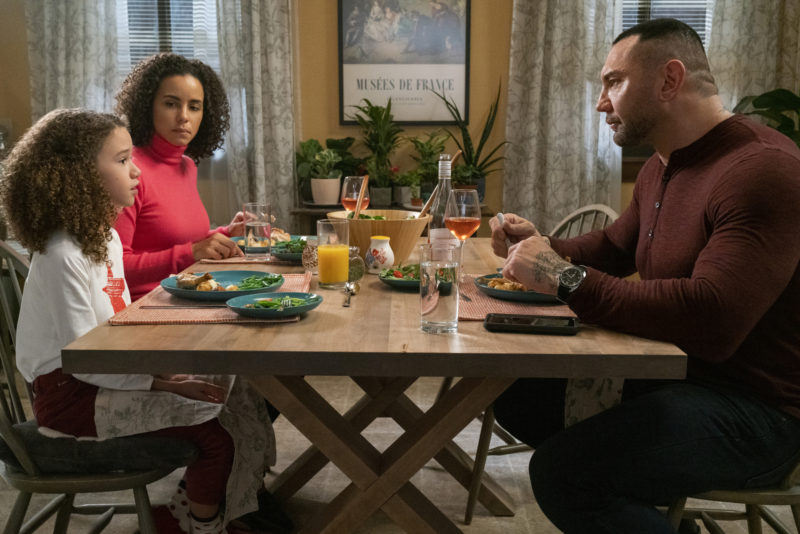 Maybe it’s just the mom in me, but I didn’t like how Sophie at the age of 9 (as noted in the film) was left alone so much by her mother (Pariza Fitz-Henly) works as an ER nurse. I won’t go into too much detail, to not spoil anything- I get it’s a movie, but I just had a problem with that. Sophie is very resourceful as a latchkey kid but I also didn’t like how she was so manipulative either. Again, kids are kids and not all kids are on the same levels, but I think it was a little much- even though it made the movie too. I realize that this is also entertainment and it’s a time for us to remove ourselves from reality, so look past that okay.

I will say Chloe did an excellent job with Sophie, she’s clearly a professional and I just can’t say enough, that she’s got such a bright and full career ahead of herself. Remember her name, Chloe Coleman is going to do big things in Hollywood friends. The film is one we’ll watch again because it’s one of those films that is enjoyable once you get past the little things.

My Spy follows JJ a hardened CIA operative (Dave Bautista) who has been demoted and finds himself at the mercy of a precocious 9-year-old girl, named Sophie (Chloe Coleman) where he has been sent undercover begrudgingly to surveil her family. When Sophie discovers hidden cameras in her apartment, she uses her tech-savviness to locate where the surveillance operation is set. In exchange for not blowing JJ’s cover, Sophie convinces him to spend time with her and teach her to be a spy. Despite his reluctance, JJ finds he is no match for Sophie’s disarming charm and wit. The hilarious actioner is directed by Peter Segal from a script penned by Jon and Erich Hoeber and stars Dave Bautista, Chloe Coleman, Kristen Schaal, Parisa Fitz-Henley and Ken Jeong. Producers are Chris Bender, Peter Segal, Jake Weiner, Robert Simonds, Gigi Pritzker, Dave Bautista, and Jonathan Meisner.

I can’t wait to hear your thoughts on My Spy!