Let’s be real, I absolutely LOVE Dreamworks Animation Trolls World Tour. Music is very important to me, I listen to my “happy music” mix on my Alexa Show daily so this animated film is everything to me. The first Trolls film still rocks my world too. Many thanks to Click Communications for providing film for review, all opinions expressed are my own. So here are my thoughts and review on DreamWorks’s Animation Trolls World Tour. 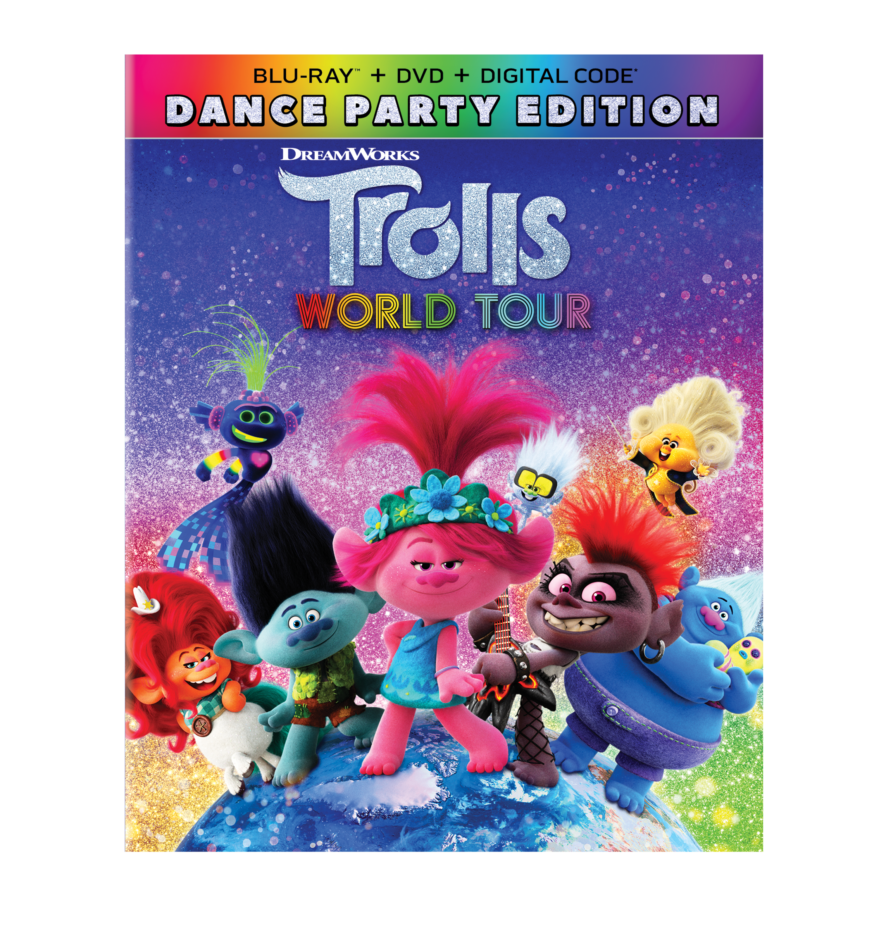 I’m a visual person so seeing all the bright colors in Trolls World Tour made me so happy. The story was different from the first yet we still learned so much. For people that only listen to one genre of music, this was the perfect vehicle to open the many different genres to younger generations. I wonder how many kids are asking Alexa or Siri for K-POP or Reggaeton?! One of the songs that just sang to my heart is Just Sing, the words say, “lemme hear you sing” and to me, that can mean so many things and all for positivity because music makes me so happy.

While all the characters are trolls, their voices are from everywhere and that made me so happy as well.

The story provided great learning for kids and adults alike. Just because we are different doesn’t mean we can’t all get along and “sing” together. I loved that they included so many different genres of music and not just the ones we hear all the time. Queen Poppy and the gang bring it in this upbeat adventure.

HERE’S A SWEET TREAT TO TRY AT HOME

Queen Poppy (Anna Kendrick), Branch (Justin Timberlake), and the rest of your favorite Trolls are back for another musical adventure that’s bigger—and louder—than ever before! In TROLLS WORLD TOUR, Poppy and Branch discover that their kingdom is only one of six musical realms—Funk, Country, Techno, Classical, Pop, and Rock—that were once united in perfect harmony. When the power-hungry ruler of the Rocker Trolls threatens to silence all other music so her tribe can reign supreme, Poppy and Branch must embark on an epic quest to unite the realms of Trollskind, before the songs in their hearts are lost forever! The film is currently available for early viewing on a wide variety of popular on-demand services as a premium rental offering.

Previous Post: « Interview with Chloe Coleman and My Spy Movie Review
Next Post: Lionsgate The Secret: Dare to Dream Film »