I don’t know if I’ve ever shared but I used to play the flute in middle and one year in high school. I like to think I was pretty damn good too. My freshman year I was third chair out of 7 or 8 I think. I dropped out of band after my freshman year, but that’s a whole other story I’ll have to share one day. Back to the music and what I’m hear to share with you today. Yes! There’s a movie code giveaway so make sure to read all the way to the end! Thanks to our friends at Disney for the  giveaway opportunity, you all know I love me a giveaway! But first my thoughts and review on Disney Pixar Soul, streaming on Disney+ AND available on Blu-Ray + DVD and On-Demand on Tuesday, March 23rd everywhere DVDs are sold. 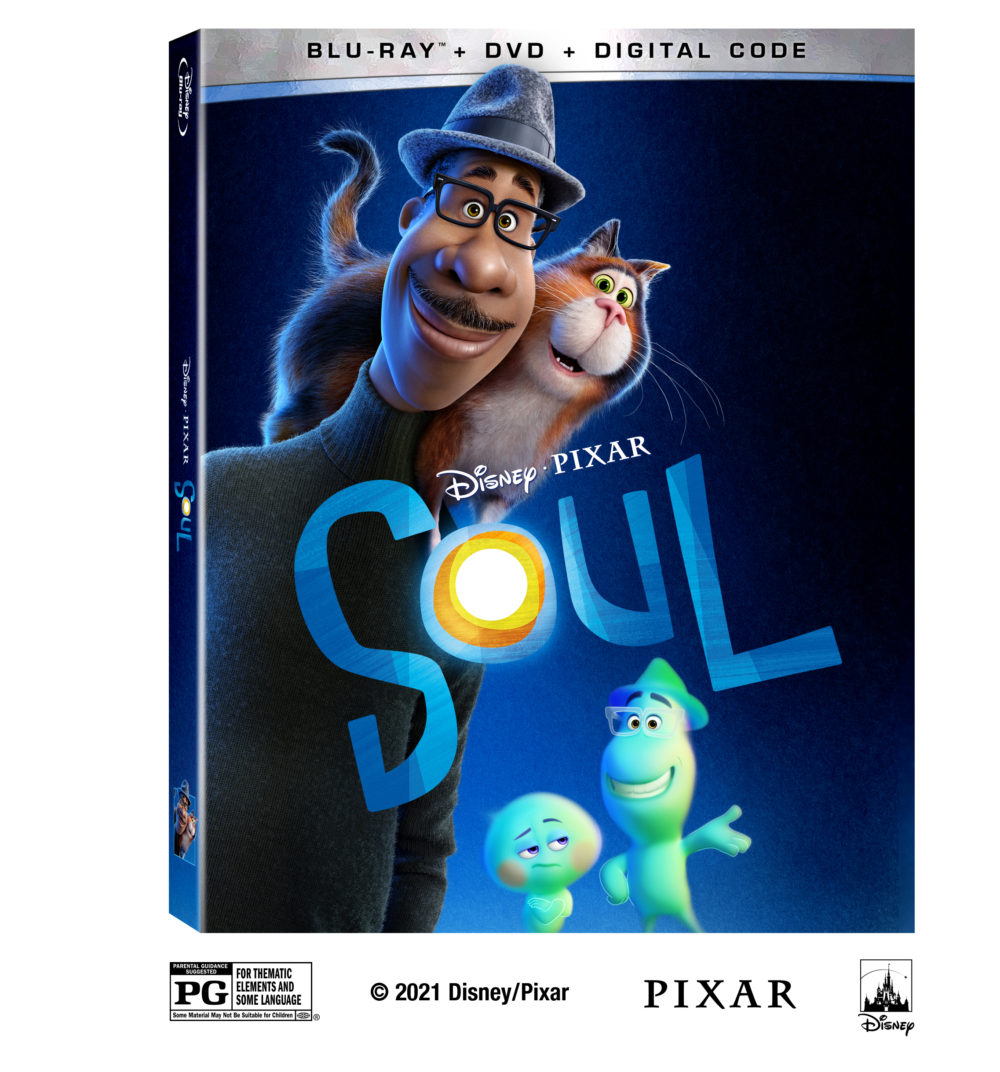 First off, Jamie Foxx is the voice of Joe Gardner, the amazing middle school teacher and part-time musician with hopes of making it big. Anything and everything my fellow Texan is a part of -is absolute gold. Not only is he an amazing comedian, actor, he’s a very skilled musician and he’s got a great voice too. When I first heard about Soul, I knew it would be amazing.

In Disney and Pixar’s “Soul,” a middle-school band teacher named Joe finds himself in The Great Before—a fantastical place where new souls get their personalities, quirks and interests before they go to Earth. Determined to return to his life, Joe teams up with a precocious soul, 22, to show her what’s great about living. Featuring Tina Fey as the voice of 22, and Jamie Foxx as the voice of Joe Gardner, “Soul” will debut exclusively on Disney+ (where Disney+ is available) on December 25, 2020. © 2020 Disney/Pixar. All Rights Reserved.

The music is huge for me, so for it to have started with Gardner teaching the children was really awesome. The cast is a fantastic mix of great voices. One of my favorite things about animated films is as I’m watching I am wondering who is which voice. This one was difficult, after I watched the film the first time I got on and looked up the actors. Truly a great mix.

Gardner is a romantic with hopes of making it big in the world of music and we see him fall in love with music. A la Freaky Friday style, the switch happens and Joe makes it back to help Soul 22 find their spark. The moments of reflection are beautiful, there’s a few characters in the film that experience the moment.

ALL THAT JAZZ – In Pixar Animation Studios’ feature film “Soul,” Joe Gardner is a middle-school band teacher whose true passion is playing jazz. A single unexpected step sends him to the cosmic realms where he finds the “You Seminar”—a fantastical place where Joe is forced to think again about what it truly means to have soul. Jamie Foxx was tapped to voice Joe. Directed by Academy Award® winner Pete Docter (“Inside Out,” “Up”), co-directed by Kemp Powers and produced by Academy Award® nominee Dana Murray (Pixar short “Lou”), “Soul” will debut exclusively on Disney+ (where Disney+ is available) on December 25, 2020. © 2020 Disney/Pixar. All Rights Reserved.

Soul 22. Obviously Soul 22 is an integral part of the film but I feel like 22 was really heavy on the anti-life sentiments. Tina Fey has excellent downer and annoyed tone. Honestly that might have been the only thing I didn’t like about the film. There are moments of darkness, but I feel like all Disney films include a little bit of dark to offset the light and beauty.

One of the main points of the animated film is death and Joe dealing with death and darkness. If you allowed your children to watch Inside Out (2015) then they can watch Soul. My 9 yr old had questions about death and we were able to talk them out. If your child enjoys music, this will be a great introduction to jazz music for them.

In Disney and Pixar’s “Soul,” Joe Gardner (voice of Jamie Foxx), a middle-school band teacher in New York City, makes one small misstep and ends up in The Great Before, a fantastical place where new souls get their personalities, quirks and interests before they go to Earth. There, he meets Terry (voice of Rachel House), who is charged with the singular duty of keeping track of the entrants to The Great Beyond. Determined to return to his life, Joe teams up with a precocious soul, 22 (voice of Tina Fey) to show her what’s great about living. Directed by Academy Award® winner Pete Docter, co-directed by Kemp Powers and produced by Academy Award® nominee Dana Murray, p.g.a., “Soul” will debut exclusively on Disney+ (where Disney+ is available) on December 25, 2020. ©2020 Disney/Pixar. All rights reserved.

Thanks to our friends at Disney, I’ve got two (2) digital codes to giveaway!

Here’s how to enter:

NO PURCHASE NECESSARY TO ENTER OR WIN, VOID WHERE PROHIBITED AND ALL THAT LEGAL JARGON JAZZ.

*bonus features may vary by retailer and product

Previous Post: « Make the Most of Your Rental Vacation
Next Post: 5 Essential Things To Do Before Your Next Cruise »