Spring is here and ABC is bringing it with the new series! Home Economics is coming to Wednesday night on ABC Network and you’re not going to want to miss it! Sharing a fun interview with Karla Souza with you today. You’ll recognize Karla from another ABC international hit, “How to Get Away with Murder.” Souza brings a different style to this character and you’re going to LOVE it! 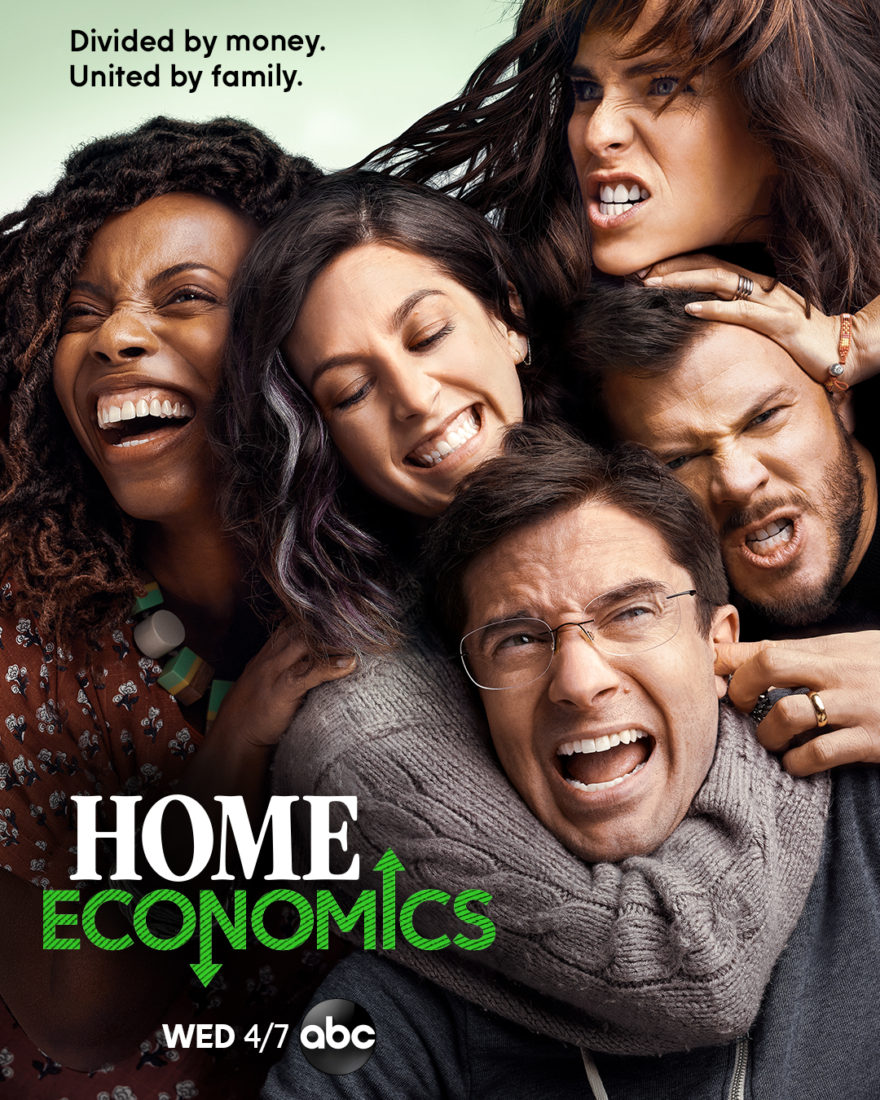 Champion for Diversity and Inclusion

Karla Souza is a true champion for diversity and inclusion in Hollywood. Sadly I wasn’t able to ask a question during the interview, but had time permitted that was going to be my question. Luckily someone else asked and she shared how she provided input and how important it was that the show do right by the ethnicity of Marina’s character.

Karla Souza and yours truly. Thank ABC Publicity for the picture.

The show is based on the show runner’s life. His wife is from Peru, but when they were talking about casting me and we were in those conversations, I told them that how ever much I am obsessed with Peru and have I have a lot of friends from Peru.  I said, I can’t laugh at Peru, like at Peruvian people if I’m Mexican like there’s gonna be some self deprecating jokes if I’m not Peruvian, like that is not OK.  I said if you want someone to play a Peruvian, you guys need to cast a Peruvian. So they didn’t really understand it at the beginning and then they started to like, you know, after the year that we had in CoVid and there were all the protests and everything they started to understand what I was trying to get at.

I could stand up for a lot of the actual thing that I go through or that we go through as Mexicans, and I also said it doesn’t mean that a lot of the Latin community and other communities, it’ll still be relatable, and I specifically asked for there to be writers that are Spanish speakers, mothers, women, and that have the attributes that — Marina has so that it comes very specific and isn’t like a man writing my motherhood experience even though they know a lot about it’s never the same as someone who is like lived in the span of — of you know, our culture or living in the US, being a Mexican and all that stuff. Being a woman that’s married that a white man and what it feels to be in their family on Thanksgiving and like all those things that are very specific that have a lot of comedy potential is what I really care about, when talking to the Producers and the Show runners and to Topher when we were talking about, whether or not I would — I would be Marina.

In Episode 1, Marina wears this shirt that is from La Golondrina and it’s a Mexican company from a woman in Houston.  We talked to the costume designer and there’s a bunch of clothing and leather come from Mexico and things that are very authentic, to our ethnicity. I also wanted that like in her wardrobe and not just be like “whitewashed’ version of what they thought Marina would look like.

As a Mexican-American her response was everything to me. I’m glad that Karla is a part of this project and that she advised the creators on the character development that also included the costumes for Marina.

On Being a Mom On-Screen and Off

Souza is a mother of two, so coming into the character of Marina was not too hard for her. She shares how she was proud to portray what moms everywhere struggle with as part of Marina’s character.

“I wish I could have a glass of Wine for every diaper I changed. It’s funny because she says that like she’s coming clean with her husband Tom and says things like, you know, sometimes I say I’m taking a shower but I actually just locked myself in the bathroom and I’d go to sleep on the bath mat.  And I’m like that’s legitimately like, there’s a lot of me in her.  And like look, I love my kids, don’t get me wrong, you know.  Sometimes I know we get notes from the network like does Marina love her kids? Maybe we should like you know, and I’m like no, I’m the prototype.  I was like look, no one will doubt that as moms, we love our kids. But there is just so much of the exhaustion using pumping as an excuse, which I do a lot sometime where she’s just like, I’m gonna go pump, I will be right back.”

My boys are older now, but when they were infant and toddlers- I totally agreed with how she’s portraying a mom of 3.

HOME ECONOMICS – “Pilot” – The show takes a look at the heartwarming yet super uncomfortable and sometimes frustrating relationship among three adult siblings: one in the 1%, one middle-class and one barely holding on in the series premiere of “Home Economics,” WEDNESDAY, APRIL 7 (8:30-9:00 p.m. EDT), on ABC. (ABC/Temma Hankin)
TOPHER GRACE, KARLA SOUZA

Karla Souza is perhaps best known for co-starring opposite Viola Davis in ABC’s hit international drama “How to Get Away with Murder,” which recently completed its six-season run. She was most recently seen starring as Rosario for Amazon Prime’s Spanish language drama “El Presidente.” The series, created and written by Academy Award® winner Armando Bo (“Birdman”), tells a story of the 2015 FIFA corruption scandal. She also appeared in the feature “The Sleepover” for Netflix and starred in “Everybody Loves Somebody,” which was written and directed by Catalina Aguilar Mastretta. 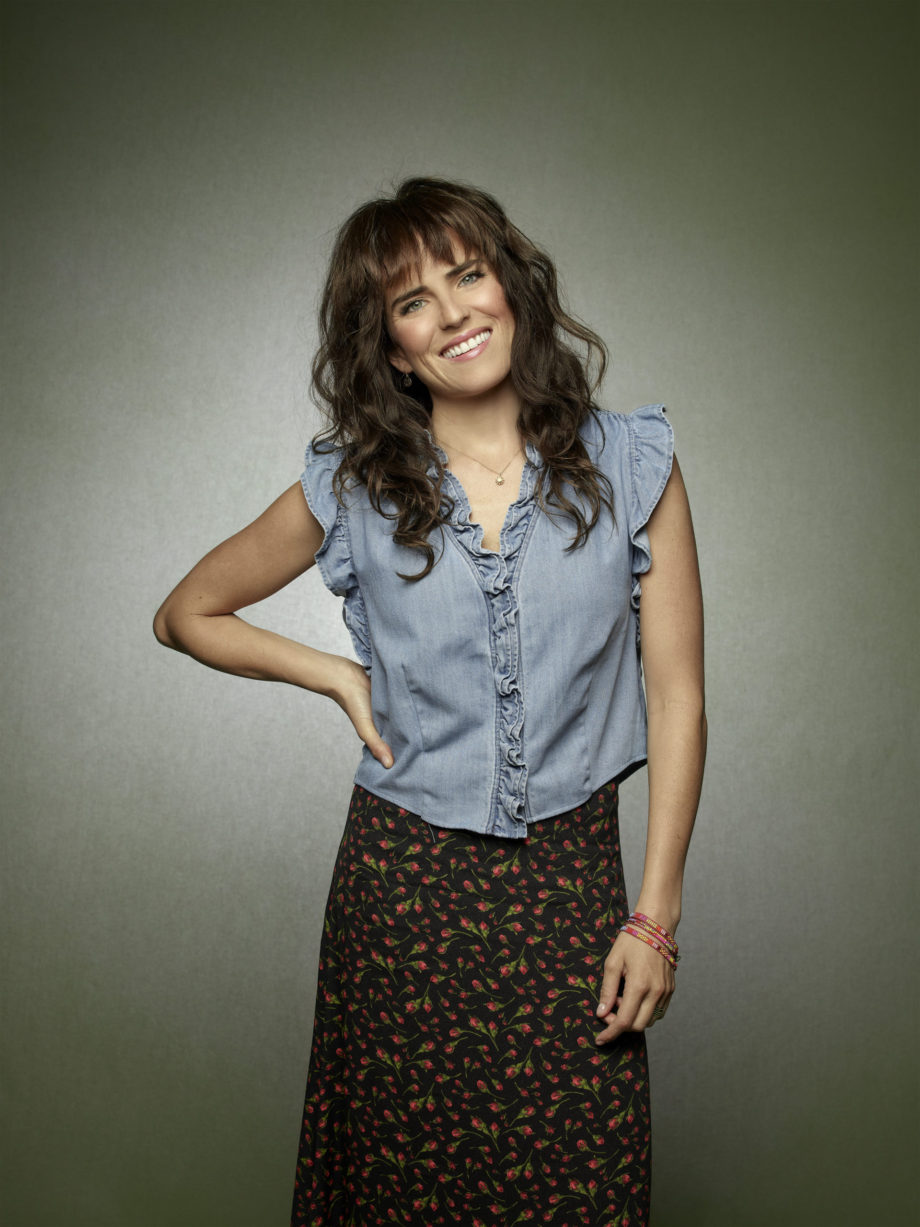 Growing up, Souza spent four years in France where she was part of a professional theater company that toured throughout the country. She went on to study in London at the Central School of Speech and Drama where, in 2008, she received the CCP Award, given to the most promising actress in London. Following her time in the U.K., Souza was selected to study in Moscow, Russia, with Anatoly Smilianski. She later traveled to present a showcase in New York and subsequently began receiving offers for leading roles in Mexico City.

Souza has starred in three of Mexico’s top grossing films of all time: “¿Que Culpa Tiene El Nino?” in 2016, and “Instructions Not Included” and “Nosotros Los Nobles,” both in 2013.

Born in Mexico City, the mother of two currently resides in Los Angeles.

Previous Post: « 5 Essential Things To Do Before Your Next Cruise
Next Post: Check Out George Goes Everywhere Travel Series on MillionStories »