You are here: Home / Entertainment / Paul Rudd is AntMan #AntManandTheWaspEvent

Ah yes, Paul Rudd is The AntMan in AntMan and The Wasp. To say I was excited to see and speak with Paul was an understatement. I’ve been a fan of his since Clueless. We all had a crush on Josh, and he’s all grown up and all kinds of manly as he’s also “an Avenger now!” His hotness just got a little higher, am I right? Ok I promise this isn’t going to be a Paul Rudd is hot post. So let’s talk AntMan and The Wasp! Thank you Disney for inviting me on this super cool secret set visit to Pinewood Studios in Atlanta. The opinions in these posts are always mine. 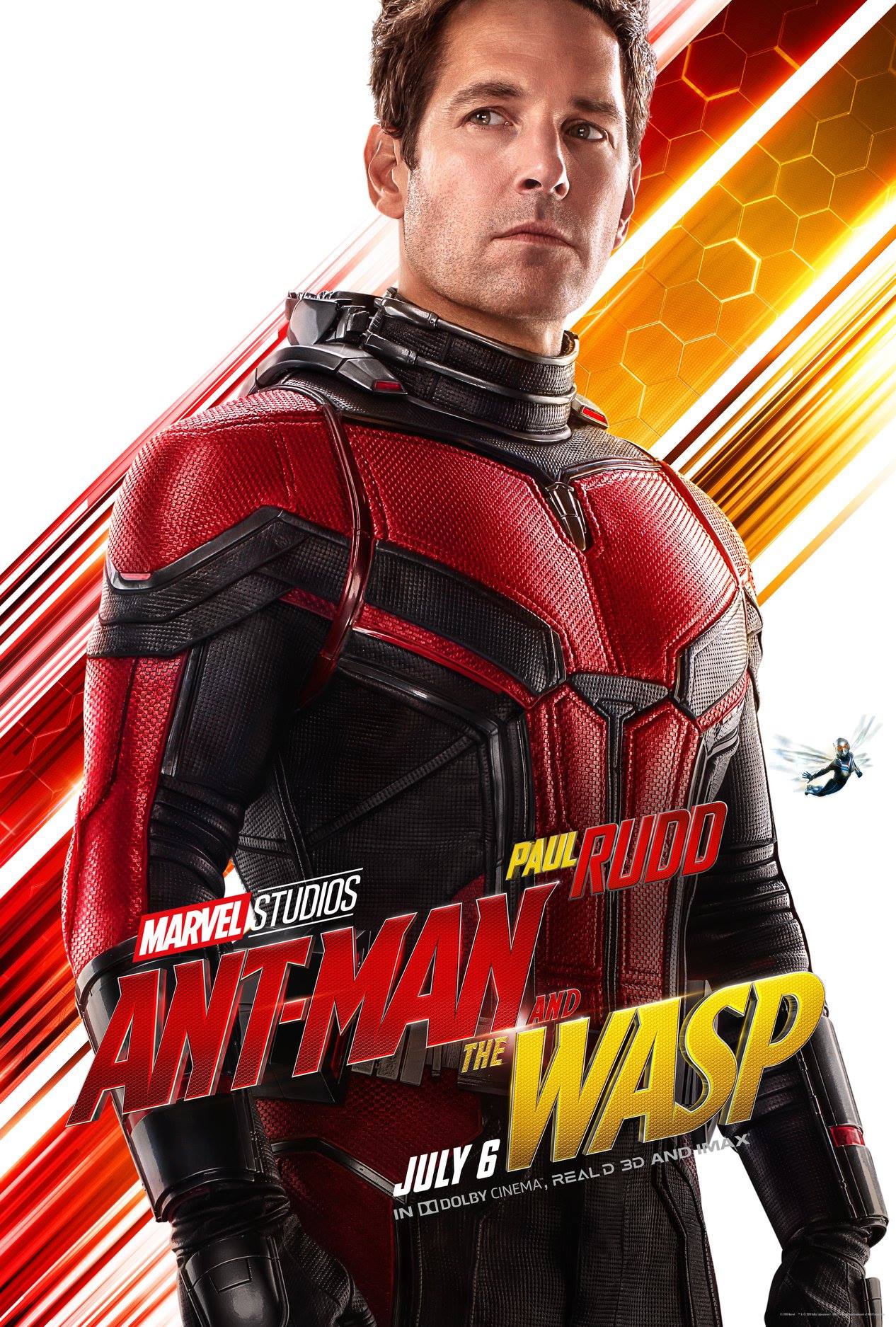 During our set visit we sat in the bay while a scene was being shot in the green screen set-up. I can’t tell you about the scene being shot, but it was very cool to see it in person. We had lunch with the crew and got We also got to speak with Paul! Here’s a bit of the interview.

You know, the famous line in 40-year-old Virgin, Steve Carrell says “Oh Kelly Clarkson” well, IMDB said that Paul had come up with that saying for the film, so I asked him about it.

I also followed up with asking if he’d added anything to the AntMan script:
“We sometimes veer from [the script] a little bit,” he said, “but always on point with what the scene is about.” He added that wasn’t sure,  if any ad libs have made it into AntMan and the Wasp because they just wrapped filming and he couldn’t be sure what will make it past the cutting room floor. He added “It’s weird. You never know if it will be used. I’ve certainly done that in the past,” he said. “I’ve made jokes or thrown things in and all of a sudden, you hear people say it out in the world, or see it printed on items, and you’re like ‘what?!’. That’s an all-powerful feeling.” I guess that’s a good follow up question for me. 😉 Because this one kinda flopped. 🙁

Being a Dad and a Super Hero

It’s definitely a challenging role right? Here’s what Paul shared about being both in the film:

“The main thing certainly for this character is that he wants to be a good parent. He has a daughter that he wants to be there for, and it’s very hard to have this kind of job, and feel as if you’re being a good parent, being responsible. I think Scott is the kind of character that might be at odds with what’s good for people that he, not just his daughter, but other people that he cares about, and doing what’s good, being heroic, and finding his place in the world while simultaneously being a responsible parent and I think that’s something that a lot of actual parents, whether their job is a superhero or any job, to try and contribute in some way as a person to the good of the world, and while simultaneously being there for your family and your kids. And it just happens that this is a very specifically strange job.” 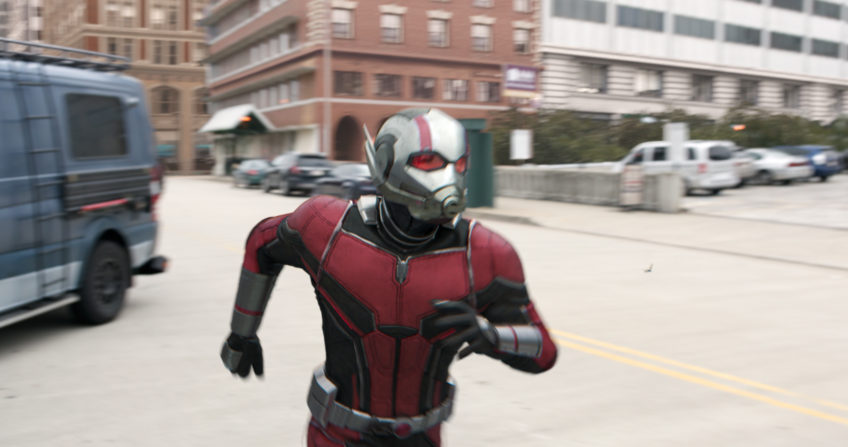 The Look and Feel of the AntMan costume

Of course we had to ask about the costume he wears as AntMan. He talked about it in detail about last film, Civil War and AntMan and The Wasp look:

“Yeah, they made changes. It’s a bit more, I mean it’s updated a little bit more. The first ant man, the costume was supposed to look as if it was built in the 80s, and so it was a little scuffed up, it had some analogue quality to it, and now it’s, you know, they changed it for Civil War, but now it’s changed. It’s a bit of a, I think a mix of those two suits, and so there are a lot of comparison. We make a lot of comparisons to the first one, but it’s more of an updated version.” When he’s in the costume “You feel like a superhero. They’re very flattering.” What about breathing in it? “Yeah, it gets a little – they aren’t the most comfortable things in the world. Somebody I met recently, I met Dave Batista, he’s a big guy, and he was very nice. I never met him, but he asked me, “How is that suit? It must not be very comfortable.” And I thought, I don’t think I’m going to complain about my suit to you, who clearly has to sit in the makeup chair for hours on end, you know? And he has a whole process of him getting all that stuff off, so I said well, the suit’s fine. It’s pretty good.”

I was stoked to get to stand next to Paul during the group picture. He was a real pleasure to chat with even though my question totally flopped. But hey, can’t wait them all! And I won’t be using IMDB as a reference for my questions. 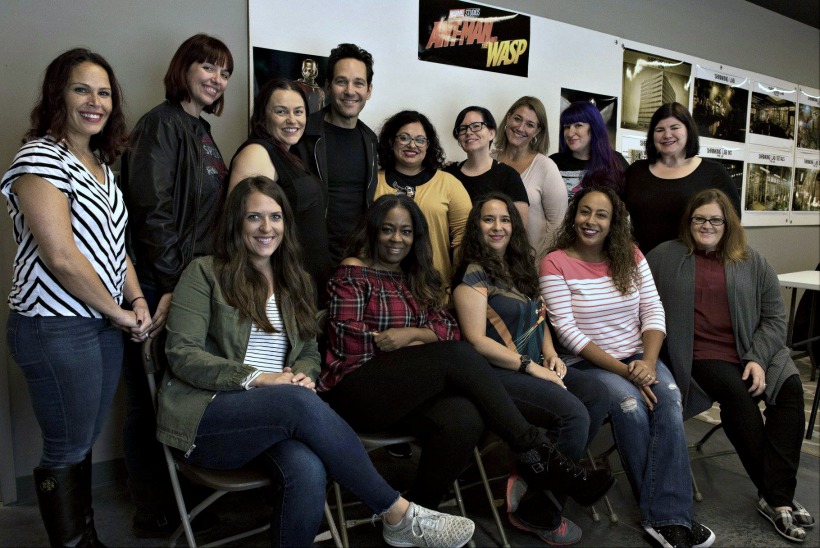 So if you have a question for Mr. Rudd, please let me know below or on social, tag me and use the #AntManandTheWaspEvent hashtag please.

He’s charming, friendly and I can’t wait to ask him another question on Sunday!! Yay!!

Make sure to head over to Fandango and grab your tickets to see AntMan and The Wasp on July 6th!

Leave me your questions in the comments please!

AntMan and The Wasp week continues tomorrow! Check back for our interview with the beautiful Evangeline Lilly! Don’t miss it!

Previous Post: « Antman and The Wasp: A look at Pym Lab and Interviews with Executive Producer Stephen Broussard and Production Designer Shepherd Frankel #AntmanandTheWaspEvent
Next Post: Talking All Things with Evangeline Lilly The Wasp #AntManAndTheWasp »