You are here: Home / Entertainment / Talking All Things with Evangeline Lilly The Wasp #AntManAndTheWasp

Evangeline Lilly was such a joy to speak with. She was poised, kind, and spoke her truth to us. She is The Wasp in Marvel Studios AntMan and The Wasp. Thanks to Disney for inviting me to the secret set visit at Pinewood Studios, all opinions are my own. We had an amazing time talking all things with Evangeline Lilly, The Wasp. I can honestly say it was one of my top five interviews.

One thing I need to tell you was when she walked in, she came in dressed in her short dark brown bob, pinstripe pantsuit and Hope Van Dyne red lipstick. She looked AMAZING! I’ve never had a girl crush moment before then, and that was totally one for me. She’s a beautiful woman, but she was radiant that day. It felt like she was excited to chat with us. Truly a moment I’ll remember forever. 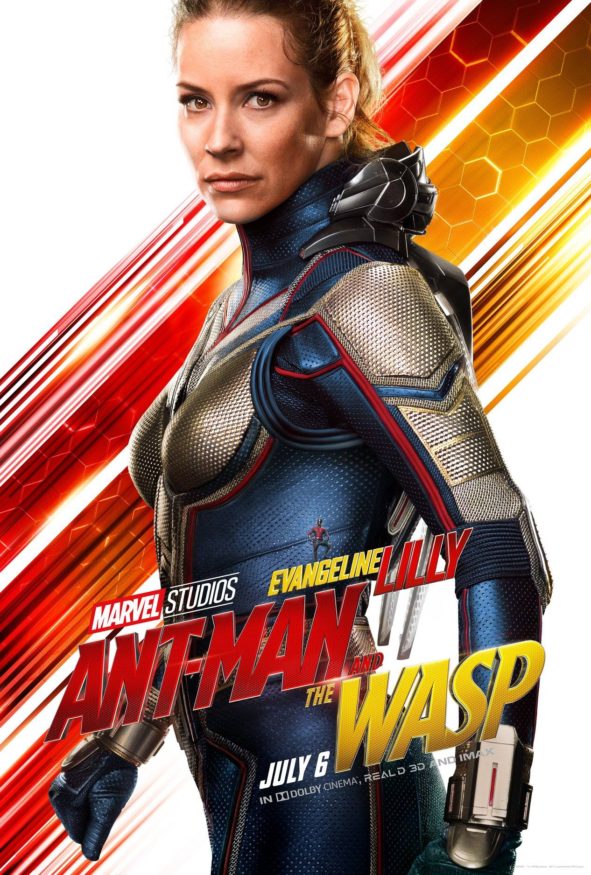 Lilly is making Marvel history in AntMan and The Wasp. It’s the first  Marvel film with a female in the title. First off let’s say, why’d it take so long? and then the women of the MCU are just as bad ass as the males. Let’s get with the times Marvel Studios.

Here’s what Evangeline said to us: “I think that was the first time it really sunk ‘cause I know people were telling me even after the first time I was doing press and they were saying how exciting, you’re gonna be the first, you know, titled female character in a Marvel film and I don’t think it sunk. I was like but there’s Black Widow and there’s Scarlet Witch and, you know, there’s other women and they’re doing amazing things and they’re in The Avengers and why is this so special? And then I saw the title and oh, yeah, this is kind of special and I think for the first time it sort of hit me what it meant for just the female population period, you know, to see a woman’s name in a title in Hollywood is a very unique experience and I think it’s happening more and more but it’s still a far cry from where it should be.”

If you saw the first film Ant-Man you know that Hope was chomping at the bit to get in the action. While she didn’t see any as The Wasp, obviously we know from the sneak in the credit that she does in face become The Wasp. Here’s more that she shared with us:

“I knew that if the first film was successful I would probably become the Wasp but there was no guarantee and so there was this real — it was sort of like going to Vegas. I felt like I was gambling on it and I was just banking on the fact that hopefully Marvel — it wouldn’t be the first Marvel fail ‘cause that would be horrific. If you were the first Marvel fail. You know, it’s my fault and then, you know, that we would have another film although originally the plan was to put her in Civil War, Captain America Civil War and thankfully the very sensitive and intelligent heads of the studio or of Marvel Studios decided that if they were gonna introduce their first — well they were gonna introduce another female superhero rather than just throwing her into an ensemble, they should give her an origin’s movie essentially. A movie where although we kind of already saw the original in the first Ant-Man where it’s really kind of about seeing her take on the mantle of the Wasp and not just she happens to be fighting with Captain America which would have been for me a real letdown just essentially being an accessory to a male superhero and Ant-Man and the Wasp, thankfully they have definitely not done that. I mean if anything they’ve made amazing sweet poor Paul Rudd is an accessory to the Wasp and he plays the role so beautifully ‘cause he’s got such an incredibly humble spirit, you know, and he’s got that every man thing that makes you just adore him especially when he screws up.”

When we are a part of these interviews, we get amazing insight and feeling from some of the actors. It’s really beautiful to see them open up. At the time of our set visit, the #MeToo movement was really making news. Lilly shared with us some very personal thoughts that I feel are just as important now with the social and political climate happening now. I have removed the movie big wig exec that we all know as I don’t want to give him any more time. He doesn’t deserve it, so I’ve omitted his name. If you don’t know who I’m talking about look up: movie executive charged with sexual assault and you’ll see. 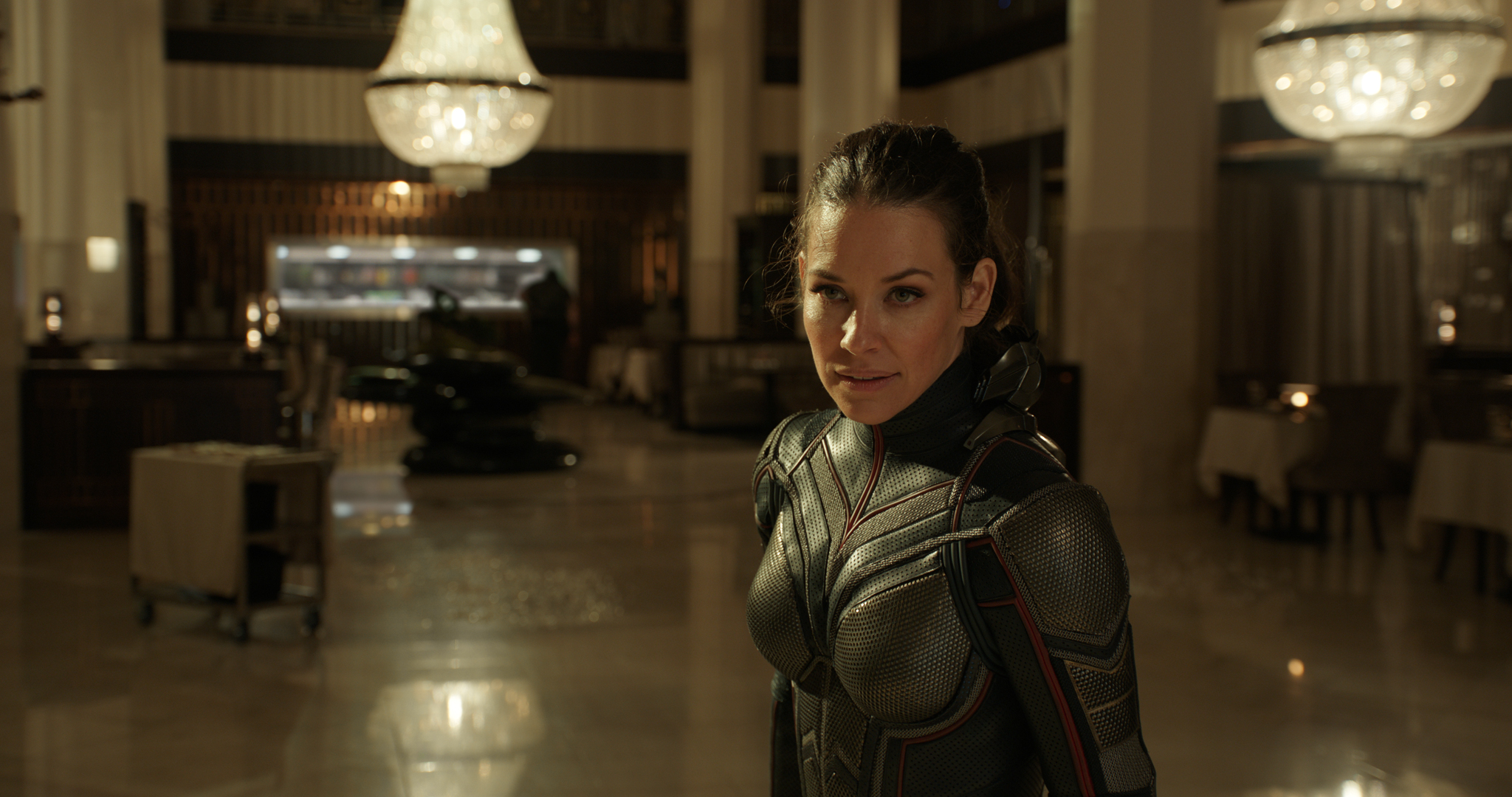 “I don’t know if you guys have been hearing all the news about xxxxxx and that kind of thing. It’s timely for me because I’m here shooting this film and essentially I think at the bottom line this film is about female empowerment and a woman being powerful and it made me feel very weak, very vulnerable and very emotional and it was a really hard thing because I think we’ve all experienced some level of sexual, whether it’s harassment or discrimination or abuse like all the time. We always deal with it and all those little things for me just came tumbling all together and hit me like all at once and I think it was because every day. It wasn’t news for a moment. It was every day for two weeks that’s all people were talking about on set and I think eventually the thought that we all kind of like I’m a totally empowered woman and I feel great. It starts to kind of get chipped away and you start to feel the hurts and the wounds of the things you really go through all the time that you essentially brush under the carpet ‘cause you have to or because I feel I need to, to carry on with my work, to carry on being a mother, to carry on, you know, building a career and a life and so it’s been such an interesting thing to be the Wasp at a time when I’ve been feeling extremely vulnerable and emotional but I just hope in some way that really brings ultimately what is the most powerful about women to the floor in this film which is, you know, I hope, Hope is the heart of the film. I hope that she really drives the narrative of the people you care about and why you care and ‘cause ultimately you can have the greatest fights in the world but without caring about the people who are fighting the movie’s just gonna fight flat. And so I’ve been reminding myself that even though I feel loss hopefully that’s gonna actually be a powerful thing for the film.”

As I mentioned in the beginning of the post, she was fantastic. I really enjoyed listening to her speak to us and after our group picture I showed her my shirt of The Wasp. She hadn’t seen any merchandise for The Wasp yet, so she was very happy to see the design that she liked was on my shirt. She even touched my shirt ya’ll. She really made my day! See and ya’ll thought I was gonna go gaga for Paul Rudd! LOL Sharing the group photo below: 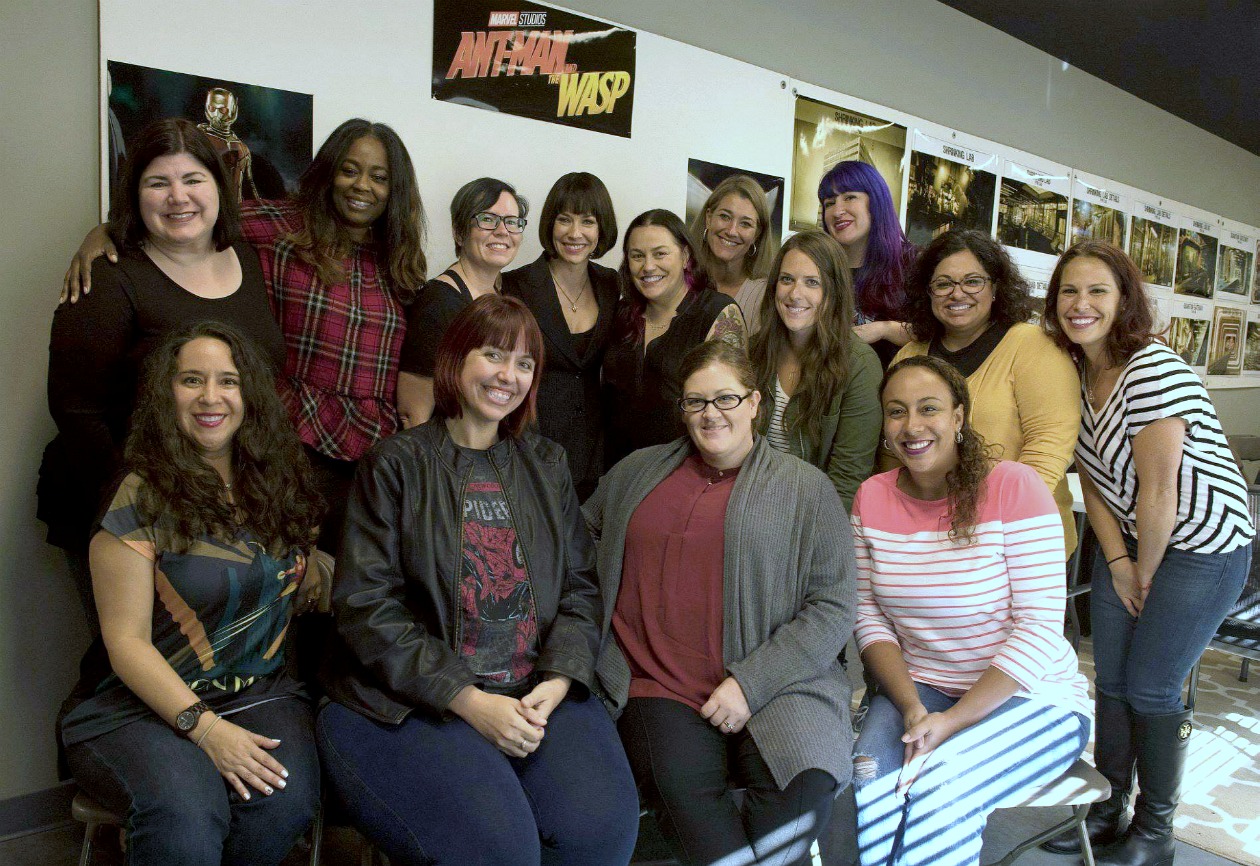 Catch Lily as The Wasp in theaters everywhere July 6th! Grab your tickets on FANDANGO NOW!

We’ll be speaking with Evangeline on Sunday during the press junket, leave me your questions in the comments!

MISSION, KS - July 30, 2021 - (LATINX NEWSWIRE) - The spotlight on inequality is driving increased dialogue and inspiring change on social and cultural levels, and the same is true of the business community. According to the U.S. Senate Committee on Small Business and Entrepreneurship, just 18% of businesses in the U.S. are minority-owned, …
View More

Who’s joining in on the @peterrabbitmovie Watch

Did some #selfcare while I did homework tonight. A