You are here: Home / Entertainment / Reasons to Watch Shrill on Hulu

The saying is “life imitates art“, but in the case of the newest series to drop on Hulu (March 15th) titled Shrill, I’m going to flip it and say “art is imitating life”. “The art” being the 6-episode series on Hulu and “the life” part as you can imagine is the life experiences of almost every “heavy” “overweight” or “fat girl“. I say “almost every” because I don’t know your life. I barely know mine sometimes. Most recently I watched the entire six-episode show starring SNL alum Aidy Bryant, and I wanted to share some reasons to watch Shrill on Hulu with you all. A couple spoilers so just watch out for them. You’ve been warned. I’m not associated with Hulu, I just love the show and the streaming service. The link above is my referral link if you so choose to click, I appreciate it. 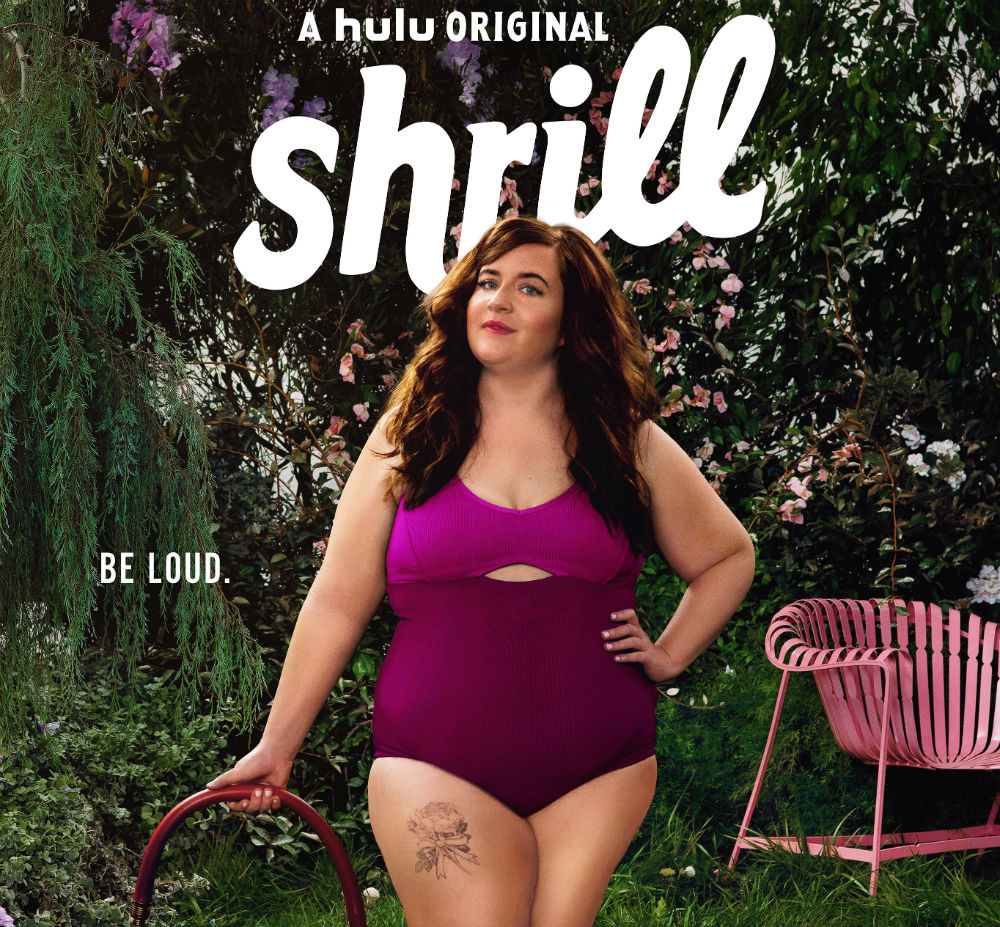 If you aren’t familiar with Bryant, you might not realize you’ve seen her on Saturday Night Live every weekend since 2012. Bryant has played a variety of characters like Sarah Huckabee Sanders, James Corden and Sir Elton John to name a few. She’s a talented actor and I can’t wait to see how her star continues to rise. She’s had some small cameo roles in HBO’s Girls, I Feel Pretty with Amy Schumer, The Big Sick to name a few. In the show during a conversation with her boss who’s a hard ass, she says she’s ready to “fuck some shit up” and I’m so here for it!

The Feelings are Real

I have been seen as “heavy” all of my life. Everyone else in my family is thin, so I’m the fat one. Yay me right?! It’s something I’ve had to deal with my entire life. Even when I look back at pictures of myself when I was thin, I was still bigger. As I watched Aidy Bryant portray Annie, I saw a lot of the shit that happened to her character has happened to me. Lucky for me I am married and have a family, but some of the “fat shaming” was all too real for me as well. If you are full-figured like myself, you may have some feelings while watching. Annie’s relationship with her parents played by the amazing and SNL alum Julia Sweeney and Daniel Stern is definitely a love/hate and you can tell who’s the over-baring parent real quick. I can’t wait til next season to see what happens since there’s a pretty epic moment in the last episode for her parents. I’m really trying to not spoil anything friends.

One of the things I loved about the show is how Annie comes into her own. Even though she’s pretty much fat shamed in every way, she manages to have the best outlook on life. Bryant is able to be confident in the role and really owns it. I love the fashion in the show too. I can totally see Bryant coming out with a line of dresses, I’d love to own some of the pieces! My favorite episode is by far EP 4 Pool. You’ll see why and I’m sure you’ll agree. I won’t spoil that for you because it’s truly a special scene. Tweet me when you watch it ok: @Candypo on Twitter.

I also loved her tribe. Her friends that support her are pretty awesome. Her roommate and bff Fran played by Lolly Adefope is fantastic. Fran gives it to her straight even when she doesn’t want to hear it. That relationship works so well. Her work husband Amadi, played by Ian Owens is what a work husband should be. He’s down for her and totally champions Annie at the workplace. There are some great characters in the series, it definitely has room for lots of growth.

What I didn’t Love

This is totally personal too. Why do the chubby girls have to have issues in love? SPOILER ALERT Ryan is a total dick and while I think she should have just given him the boot, I see why she would continue the relationship with him. It kind of reminds me of the relationship between Lena Dunham and Adam Driver on Girls. If he’s willing to sleep with you, then you should give the relationship a chance, or with any guy that gives you attention. I’m interested to see how the relationship develops in season 2. I’m hopeful, but I’ll also loose interest if that relationship struggle continues. We need positive experiences people! LOL

Based on a Book

Yep, I had no idea Shrill is actually based on a book. I’ll have to grab it on Audible so I can listen to it while I do my schoolwork. I’m definitely interested in reading it. Grab the book below. Yes, I am an Amazon affiliate and if you purchase using my link, I’ll get a little change back for it. Thanks! Get the book Shrill is based on:

Ok now if you don’t have any clue what I’m talking about, watch the trailer:

From Executive Producers Lorne Michaels and Elizabeth Banks comes Shrill, a comedy series starring Aidy Bryant (Saturday Night Live) as Annie, a fat young woman who wants to change her life — but not her body. Watch all six episodes now, available only on Hulu.

Let me know in the comments if you’ve watched Shrill or what your thoughts were of the series.

Previous Post: « Taking Your Time When You Travel
Next Post: Creating Calm: Keeping Your Pregnancy Process As Relaxed As Possible »