You are here: Home / La Familia / Tom and Jerry: The Gene Deitch Collection DVD a Review

Disclosure: This is a sponsored post. I received item to facilitate review however all opinions are my very own.

You know the old story of cat and mouse right? Tom and Jerry are the epitome of that story right?! The hubs grew up watch Tom and Jerry so to share Tom and Jerry: The Gene Deitch collection DVD with the boys was awesome. It’s amazing to see how much they enjoy the same cartoons we enjoyed as children. This is definitely a DVD for Tom and Jerry collectors. 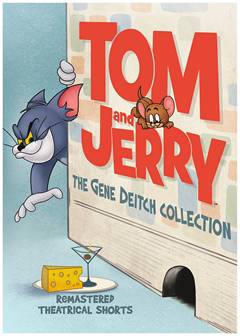 The awesome twosomes from animation history, Tom and Jerry cannot be left off of that list right? It’s one or the other and those two definitively go together even though they are always chasing each other. Our boys have loved watching Tom and Jerry. There is definitely a difference in the cartoons from yesterday and today. The Gene Deitch collection showcases some of the best cartoon shorts from back in 1960! Pretty cool right?

Tom and Jerry: The Gene Deitch Collection is in stores today!

“Originally created by William Hanna and Joseph Babaera, Tom and Jerry centers on the never-ending rivarly between Tom the cat and Jerry the mouse. The plots of each short usually  center on Tom’s attempts to capture Jerry. Jerry however, is clever and quick on his feet so Tom hardly ever manages to catch him.” The original series won the Academy Award® seven times! <- I had no idea! Way to go Tom and Jerry!!  To say this is a cool DVD is not enough. As I mentioned before, if you are a lover of the Tom and Jerry series, this is the DVD for you.

Warner Bros. Animation (WBA) is one of the leading producers of animation in the entertainment industry, producing and developing both CG and traditionally animated projects for multiple platforms, both domestically and internationally. For TV, WBA produces series such as Teen Titans Go!, The Tom and Jerry Show and the upcoming Be Cool Scooby-Doo! and Wabbit – A Looney Tunes Production for Cartoon Network as well as Mike Tyson Mysteries for Cartoon Network’s Adult Swim. As the home of the iconic animated characters from the DC Comics, Hanna-Barbera, MGM and Looney Tunes libraries, WBA also produces highly successful animated films — including the DC Universe Animated Original Movies — for DVD. One of the most-honored animation studios in history, WBA has won six Academy Awards®, 35 Emmy® Awards, the George Foster Peabody Award, an Environmental Media Award, a Parents’ Choice Award, the HUMANITAS Prize, two Prism Awards and 20 Annie Awards (honoring excellence in animation).

Warner Bros. Home Entertainment (WBHE) brings together Warner Bros. Entertainment’s home video, digital distribution and interactive entertainment businesses in order to maximize current and next-generation distribution scenarios. An industry leader since its inception, WBHE oversees the global distribution of content through packaged goods (Blu-ray Disc™ and DVD) and digital media in the form of electronic sell-through and video-on-demand via cable, satellite, online and mobile channels, and is a significant developer and publisher for console and online video game titles worldwide. WBHE distributes its product through third party retail partners and licensees, as well as directly to consumers through WBShop.com and WB Ultra.

Do you remember any of these Tom and Jerry episodes? 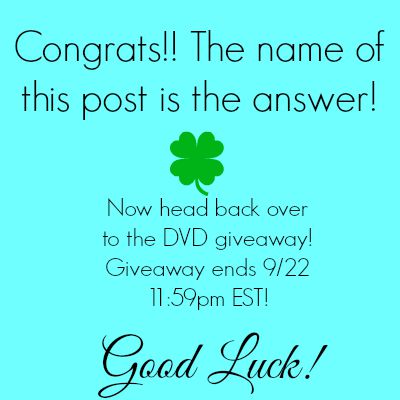 I have a love hate relationship with my #curls. My