You are here: Home / Army Life / A Visit to Grandma’s House

A Visit to Grandma’s House

This weekend I made a quick two day turn-around trip to east Texas to pick up Aramis. He spent three weeks with my parents and my inlaws. That’s right, big boy got to spend time with both sets of grandparents for the first time without mommy and daddy. 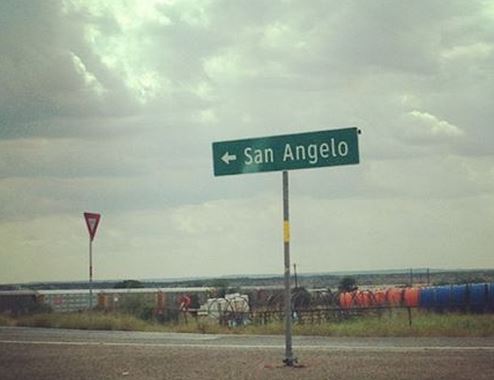 The sign at the turn that tells me we are almost home! Yet it’s still 67 miles from that sign- oy vey!

San Angelo is a six hour and change drive to east Texas, where we are from. We knew that since we were stationed closer to home that we would be going home more often. Never really considered that Aramis would be going to stay with the grandparents for a bit during the summer. My parents mentioned going to visit my sisters and I sort of threw in, “Oh Aramis would love to come too!” and they totally said, “well let’s take him!” We purchased his ticket and had made plans for him to go on vacation with my parents! Was I ready to be away from my first born for more than a few days at a time? and never mind the days away, he’s spent the night over at my sisters when we were stationed in Tampa for a weekend sometimes but we were just a few minute drive away. This would be a few weeks away and hours, upon hours drive or a flight away!

But it totally happened!

Aramis spent a total of three weeks in East Texas. I made the drive up on Saturday to pick him and my niece up and we drove right back on Sunday. Six hours up and Six hours back. It was a short and long weekend at the same time. I’m pretty pooped but very happy to have a full house again and having my niece home with us too.  The hubs stayed home with Mister Ezra; it would have been too much for him the long drive and short visit. He would have been fit to be tied the last few hours of the drive. Thanks to the hubs they spent time together. Early wake-up (say 3am) and all.. I’m not laughing.. not loud at least!

Overall the weekend was great! Excited to show my niece San Angelo and have the boys together again. So if I don’t post often it’s because I’m entertaining! *wink wink*

San Angelo and the west Texas area cities have a lot to offer and I love playing tour guide!! If you’ve ever seen my business cards I am the “Official Fun Coordinator” of the family- I mean I have to live up to that title right?! 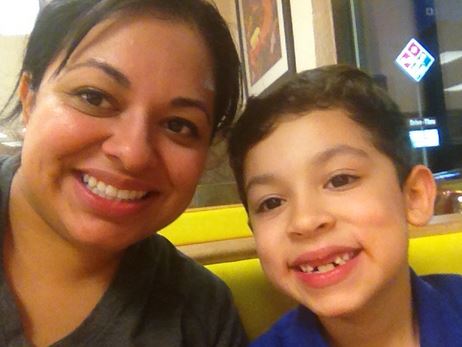 Mommy and her big boy. He grew so much in those three short weeks!  I missed my Army brat!!

Do your children get to spend summers with grandparents or other family members?