I received a copy of the movie in exchange for hosting a giveaway, however all opinions are my very own. Post contains affiliate link*

What an amazing film! I’m very excited to give one a reader a chance to win BEN-HUR! BEN-HUR arrives on Blu-ray Combo Pack and DVD December 13, 2016 from Paramount Home Media Distribution. 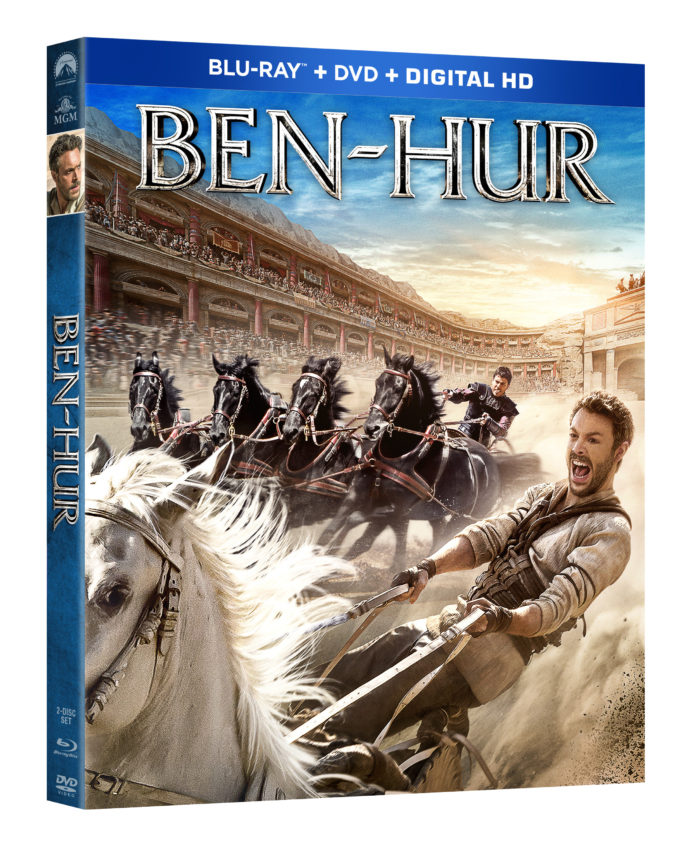 BEN-HUR is the epic story of Judah Ben-Hur (Jack Huston), a prince falsely accused of treason by his adopted brother Messala (Toby Kebbell), an officer in the Roman army .Stripped of his title, separated from his family and the woman he loves (Nazanin Boniadi),Judah is forced into slavery. After years at sea, Judah returns to his homeland to seek revenge,but finds redemption. Based on Lew Wallace’s timeless novel Ben-Hur: A Tale of the Christ, the film also stars Rodrigo Santoro, Ayelet Zurer, Pilou Asbaek, Sofia Black D’Elia andAcademy Award® winner* Morgan Freeman. The BEN-HUR Blu-ray Combo Pack with Digital HD features over an hour of bonuscontent including an in-depth look at the creation of the film’s spectacular chariot race, anexploration of the story’s legacy and enduring relevance, behind-the-scenes interviews withthe cast, deleted and extended scenes, music videos from Andra Day, For King and Countryand Mary Mary, and more. In addition, for a limited time, the Blu-ray Combo Pack will include a $10 movie card that can be applied to the purchase of a ticket for any movie in
theaters.
BLU-RAY/ DVD FEATURES

DVD Feature film in standard definition. The Blu-ray Combo Pack available for purchase includes a Digital HD version of thefilm that can be accessed through UltraViolet™, a way to collect, access and enjoy movies. With UltraViolet, consumers can add movies to their digital collection in the cloud, and thenstream or download them—reliably and securely—to a variety of devices.

To enter our giveaway to a copy of Ben-Hur blu-ray/ DVD,

Rules: Enter daily by leaving a comment below and by RT’ing the following tweet and leaving your RT link in the comments. Giveaway is open to 18+ living in United States. Sponsor is responsible for prize fulfillment, Candypo.com is not responsible for non-prize fulfillment. Prize to be received 6-8 weeks after conclusion of giveaway. Giveaway starts Thursday, December 8, 2016 at 11:00am EST and ends Tuesday, December 12th 11:59pm EST.

RT for additonal entry in the #BenHurDVD #giveaway and leave your link on the @Candypo blog here –> https://t.co/jJOACfa0SI #ad pic.twitter.com/upgI0MCMbB

Do you love printables?! Check out The Big Book of Christmas printables! Click here to Buy Now only $9.99! Get it for $4.99 by adding the promo code “launch” at check out! 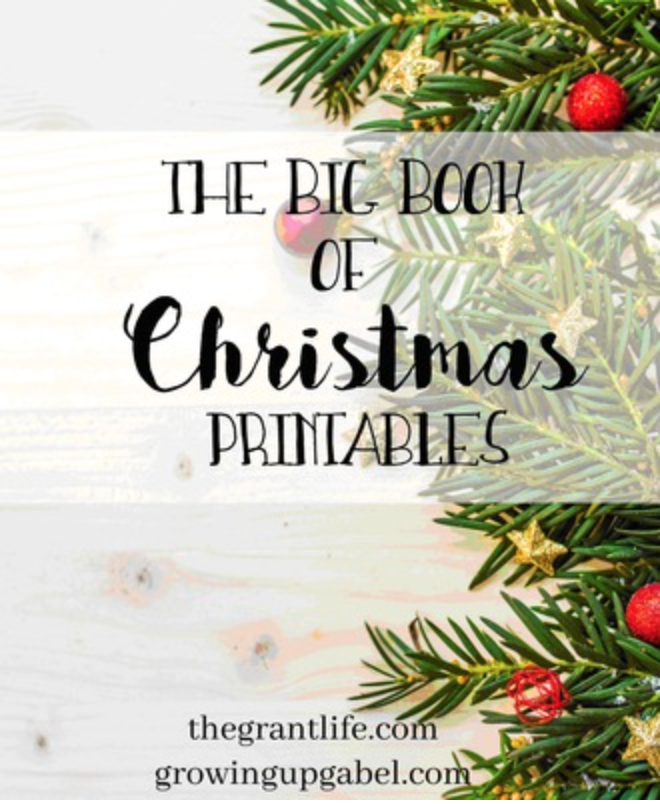