Our favorite blue pup is back on Nickelodeon! Did you hear Blue’s Clues & You series premiere November 11th on Nick Jr? Oh yes, it’s been some time since I’ve sung along with my boys and searched for clues. Blue and the gang are definitely a part of the beautiful memories of my boys growing up. I hope you’ll tune in with your littles!

The series will also premiere a new host, his name is Josh and you are going to LOVE him! Make sure to scroll down and watch the latest trailer. There is a lot in store for Blue’s Clues, read on to learn more about this fantastic franchise and how it will come into your homes. 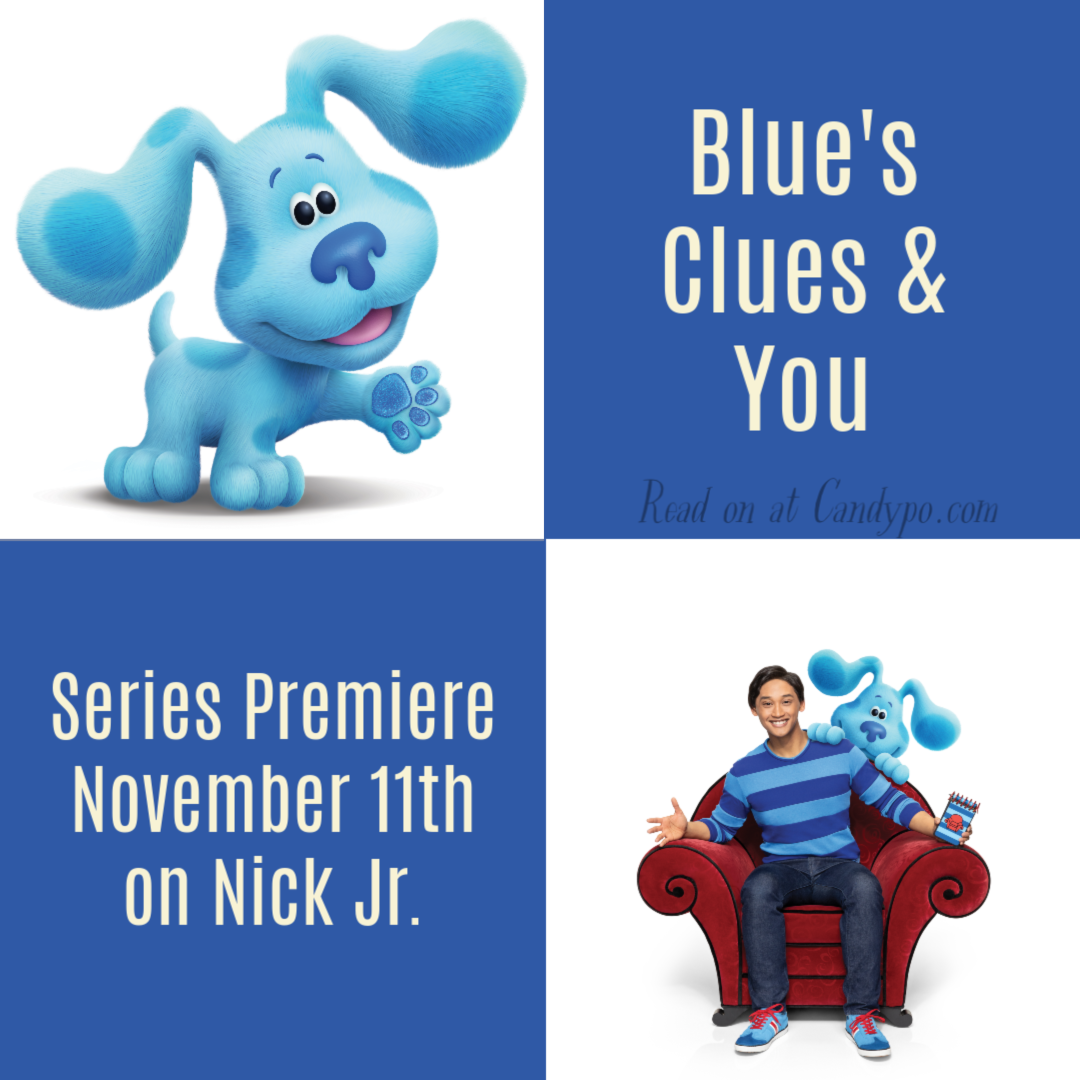 What You Can Expect

Blue’s Clues & You! will feature brand-new elements alongside refreshed iconic items from the original series, including:

Nickelodeon is further deepening the interactivity of Blue’s Clues & You! with the launch of brand-new play-along videos in Noggin, Nick’s top-ranked interactive learning subscription for preschoolers.  Launching alongside the series’ linear premiere, the play-along videos will allow users to explore the stories in an immersive way, and engage with live-action host Josh and the animated characters, by tapping, touching or swiping to navigate through enhanced learning experiences.  Preschoolers will also have the ability to customize elements, like the color of the clues or the creation of birthday cards for Blue, and then see their designs appear throughout the video.  The classic Blue’s Clues library is currently available on Noggin and additional Blue’s Clues & You! play-along videos will continue to roll out into next year.

Following the series premiere of Blue’s Clues & You!, NickJr.com and the Nick Jr. App will feature original short-form content and full-length episodes. Episodes will also be available on Nick Jr. On Demand and Download-To-Own services.

A remake of the groundbreaking, curriculum-driven interactive series Blue’s Clues, Blue’s Clues & You! follows Blue as she invites viewers to join her and Josh on a clue-led adventure and solve a puzzle in each episode. With each signature paw print, Blue identifies clues in her animated world that propel the story and inspire the audience to interact with the characters.

The original Blue’s Clues series launched in September 1996 to critical praise from educators, parents, and preschoolers and ran for six groundbreaking seasons.  Created by Traci Paige Johnson, Todd Kessler, and Angela C. Santomero, Blue’s Clues drew acclaim and high ratings for its unique interactivity that helped change the way kids watch television and has remained one of the most popular preschool shows of all time.  The landmark series also raised the bar in preschool television by exploring advanced subject matter such as sign language, geography, physics, emotions, and anatomy.

Nickelodeon, now in its 40th year, is the number-one entertainment brand for kids. It has built a diverse, global business by putting kids first in everything it does. The brand includes television programming and production in the United States and around the world, plus consumer products, digital, location based experiences, publishing and feature films. For more information or artwork, visit http://www.nickpress.com. Nickelodeon and all related titles, characters and logos are trademarks of Viacom Inc. (NASDAQ: VIA, VIAB).

Did you watch Blue’s Clues as a child? Will you be watching with your kiddos?