My family and my extended family have been fans of the Cats & Dogs films since the first one film premiered in 2001. When I received the email about Cats & Dogs 3: Paws Unite!, I knew we’d love and just had to screen it to write up my thoughts and review on it. Many thanks to Warner Bros. Home Entertainment for the opportunity. Grab your cats and dogs to watch this film and make sure to watch the film extras at the end. 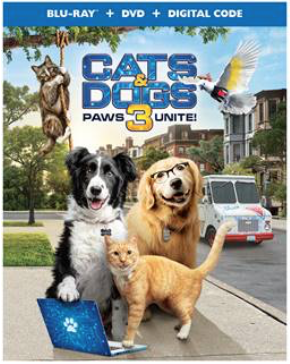 If you are a fan of the film franchise, the third installment is just as cute. While there were some meh moments, this film is sure to keep your small kids entertainted and on the edge of their seat with the new characters and animals in these film. I’ll do my best without spoiling it for you, but you’re going to recognize the voice of the villain pretty quick if you watch a lot of comedy shows of a well-known Chicano comic and actor. Watch the Evil Plan clip below.

The storyline was pretty basic and for the younger crowd will be great for them as they will be watching the animals more than paying attention to the storyline. Gwen and Roger go on an awesome adventure that takes them out of their home and into the streets to catch the evil villian that is distrupting the peace between cats and dogs.

One of the fun things about this film are the multitude of animals in the film. Not just the title animals are in this film. Set in a suburb of Seattle, this film is easy to watch with the clean scenes. Ezra has some new pet ideas thanks to this film. Let’s just say it starts with a “t” and ends with “urtle.” Maybe when we move into our forever home. I am sure it’s possible, but I don’t want to deal with moving a turtle around as much as we do for now. I’m sure there is a pet that your kids would love and you’re thinking, “maybe not.”

One of the things I had issues with was the attempt to intermingle the human and animal stories together. It was almost unnecessary in my opinion. The storyline with the animals was entertaining enough for me. There’s two families that are going through different things and each of them own the dog and the cat leads of the film. It felt very Secret Life of Pets to me in some spots. There comes a time in the film where the pet and owner stories merge and spoiler, the young boy and girl kiss that I thought could have been left out. As it was happening, I kept thinking to myself, “Oh please don’t make the kids interested in each other.” Not that it doesn’t happen at that age, because I know it does. But I felt to keep the film more wholesome and kid-friendly there wouldn’t be any “love” or “attraction” between the young actors in the film. I promise I’m not a prude, I just wanted it to be about the animals. 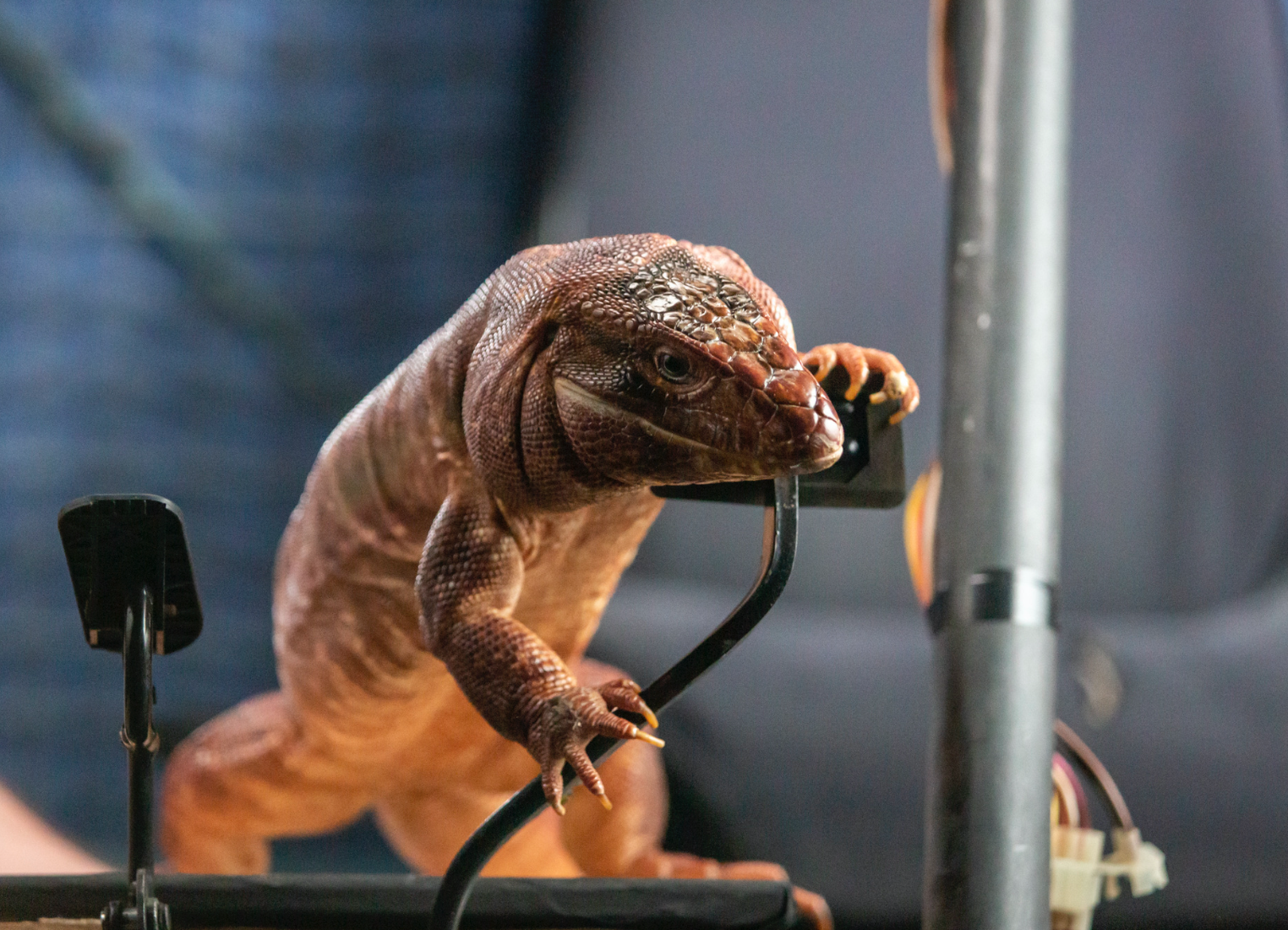 Overall, we will watch the film again. There were some really cute bits in the film. You’ll see them when the animals go to start working with their “paws”. We laughed and laughed during those scenes. The Cats & Dogs films have a special place in my heart. My now 20-year-old niece loved the original and would watch it over and over, I mean who didn’t love Kitty Galore?! While this film has some issues it also has some fun scenes as well. The nostalgia of the film franchise kept us watching and it’s a fun kid film.

Cats & Dogs 3: Paws Unite! features an all-star comedy lineup lending their voices to this new generation of four footed and two winged friends including Melissa Rauch (The Big Bang Theory) as Gwen the cat, Max Greenfield (The Neighborhood, New Girl) as Roger the dog, and George Lopez as Pablo the Parrot. The film is directed by Sean McNamara (Soul Surfer) and written by Scott Bindley (The Last Summer). Producers are Andrew Lazar (Cats & Dogs, Get Smart) and David Fliegel.

It’s been 10 years since the creation of the Great Truce, an elaborate joint-species surveillance system designed and monitored by cats and dogs to keep the peace when conflicts arise. But when a tech-savvy villain hacks into wireless networks to use frequencies only heard by cats and dogs, he manipulates them into conflict, and the worldwide battle between cats and dogs is BACK ON. Now, a team of inexperienced and untested agents will have to use their old-school animal instincts to restore order and peace between cats and dogs everywhere.

Have you watched any of the Cats & Dogs films? Do you have a cat or a dog?

Previous Post: « Redshoes and The Seven Dwarfs My Thoughts and Review
Next Post: Safe Halloween Activity Ideas from See’s Candies »