Disclosure: This is a sponsored post, however all opinions are my very own. Giveaway prize distribution will be fulfilled by sponsor.

Oh Charlie Brown! You see “He’s a Bully, Charlie Brown” and think to yourself, what has Charlie gotten himself into this time right? Well this awesome Warner Bros. Home Entertainment DVD you’re gonna love. The hubs read all of Charles Schultz Peanuts books as a child so when we get to review these videos he tells us about the movie before we watch it. As parents we hear about children getting bullied all the time and we want our boys to always feel comfortable talking to us in case those situations happen at their schools. Charlie Brown proves a great lesson in this video and I’m so excited one of my readers will be winning a copy! Read on to learn how to enter! 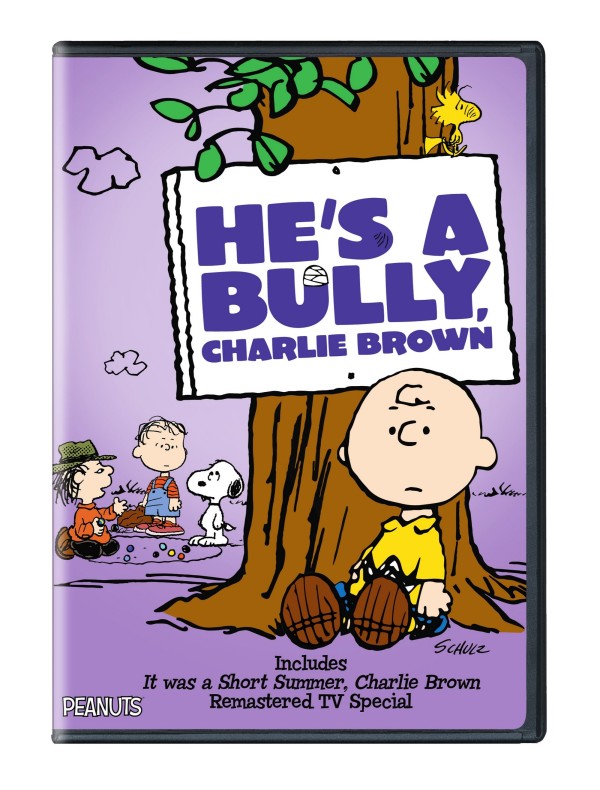 ELIGIBILITY: MUST BE 18+ TO ENTER AND WINNER MUST RESIDE WITHIN THE U.S. AND PROVIDE A HOME SHIPPING ADDRESS (NO P.O. BOX). VOID WHERE PROHIBITED. SPONSOR WILL BE SHIPPING PRIZE, CANDYPO.COM IS NOT RESPONSIBLE FOR NON-PRIZE DELIVERY.*

Here’s How to Enter! Maximize your chances to win!