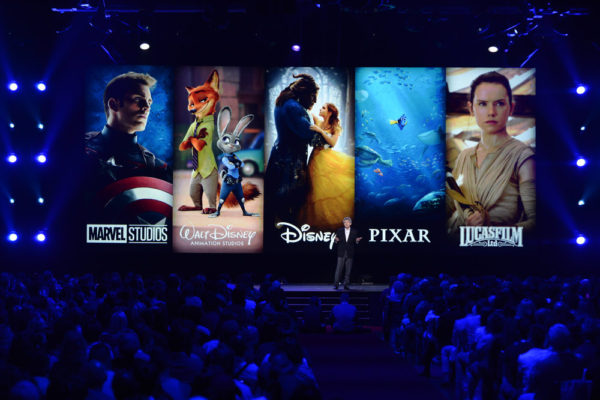 Chairman of the Walt Disney Studios Alan Horn opened up the panel speaking of the different studios Disney has and then welcomed Chief Creative Officer of Pixar and Walt Disney Animation Studios John Lasseter. As you could imagine Lasseter was wearing his iconic Hawaiian shirts and this one was all Toy Story. 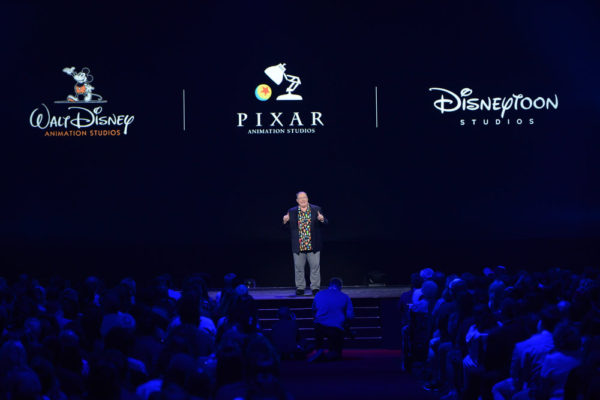 It was truly an amazing experience! Now let’s get down to the nitty gritty! Who wants to know what’s coming from Disney Toon Studios, Walt Disney Animation Studios and Pixar?! Because I could not contain myself during this part, I’m gonna share the news from “Ralph Breaks the InternetWreck-It Ralph 2!” first.. (By the way I have to tell you I’ve got damn goosebumps just typing this! LOL) 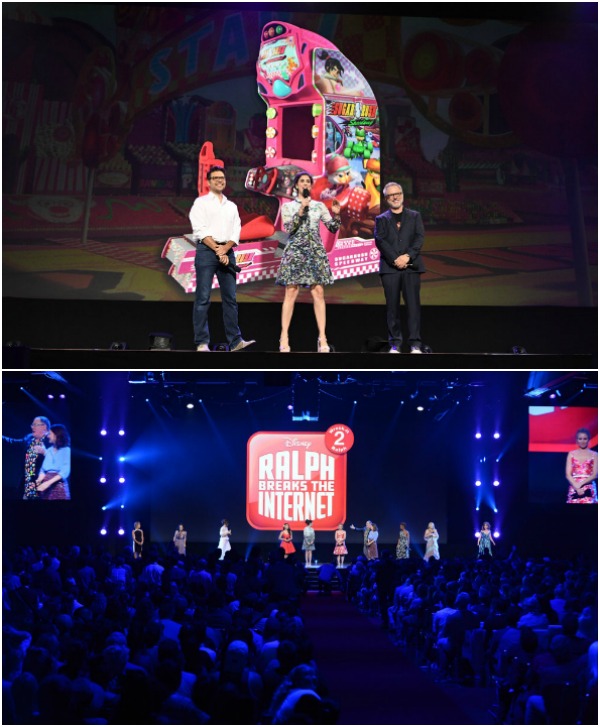 The boys are constantly watching “Wreck It Ralph” because it’s on their iPads. When we heard WIR2 was coming, of course we were super excited. What new adventures could Ralph and sweet Vanellope get into now? Oh friends, you this squeal will keep you in stitches and we’ll be meeting a new character called YESSS voiced by none other than our favorite Cookie! Yes, that Cookie! Taraji P. Henson joins the cast of “Ralph Breaks the Internet”! And for my Disney Princess fans you will want to be front row and center! During the movie there’s a fantastic scene where all of our favorite Disney Princesses are hanging out chatting and Vanellope joins them. The surprise during the panel was that all of the living ladies that have been the voices of Disney Princess that are in the scene joined John Lasseter on stage. Here’s a close up: 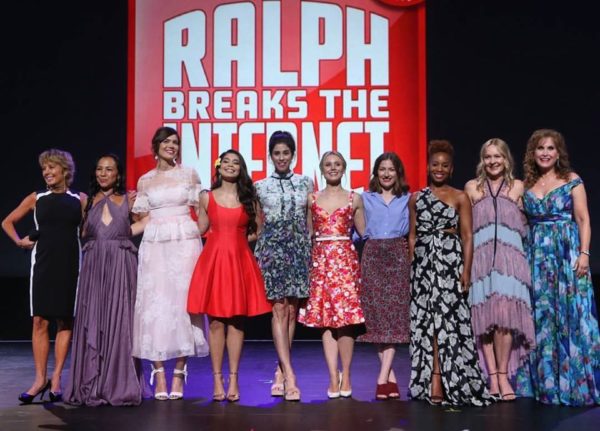 Let’s move on to our favorite super family, YES The “Incredibiles” is coming back! Incredibles ii is everything and so much more! Do we have any fans of Edna here? Edna’s character is front and center as her fashion skills are no longer just for super heroes! Don’t believe me.. watch the video and see all of the folks in high fashion that agree 😉

What a dame that Edna! I’m dying for her dress! 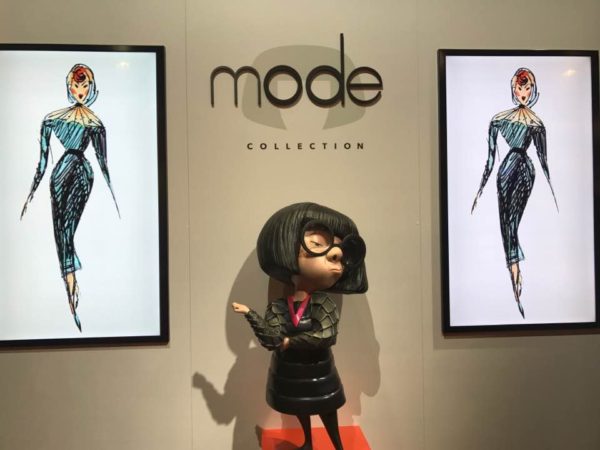 “Incredibles 2” director Brad Bird—who lends his voice to Edna—joined Lasseter on stage to welcome to the festivities the voices of Mr. and Mrs. Incredible (Craig T. Nelson and Holly Hunter), Violet (Sarah Vowell), Dash (newcomer Huck Milner) and Frozone (Samuel L. Jackson). Bird revealed details of the upcoming caper, which puts the family into an expanded universe that includes new allies and a brand-new villain. “‘Incredibles 2’ is really a family film, it’s just that the family happens to have super powers,” said Bird. “They may have super speed or super strength, but they experience the same problems as any family. 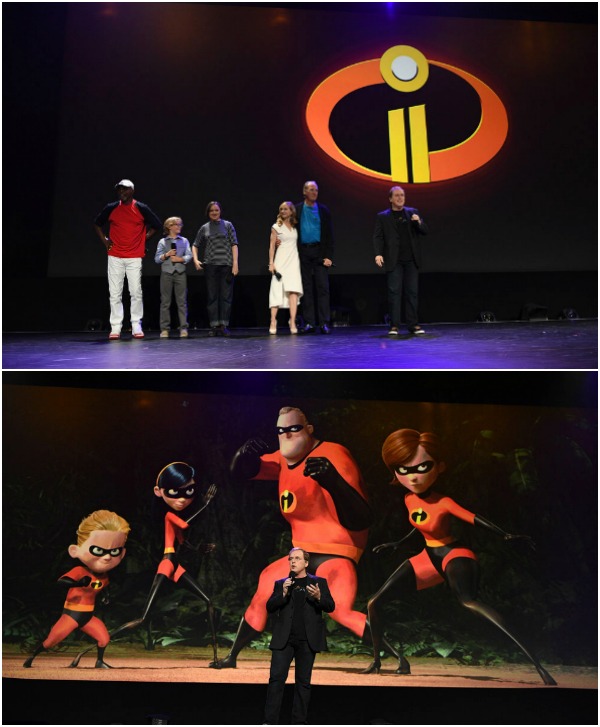 Brad Bird, welcomed the stars from Incredibles ii on to the stage. When I kept hearing the voices, I just knew they would be coming out and I was ecstatic to see Craig T. Nelson, Holly Hunter! I’ve been a life long fan of theirs and then of course last but not least Mr. Samuel L. Jackson! By the way he was wearing a red top that had the Incredibles “I” that was really nice! “Incredibles ii” hits theaters on June 15, 2018.

Pixar shared a film stills and sketches for a film that is not yet named. So as you can see below it’s going to be exciting. All I can say is that I think it’s going to be a tear jerker, though and emotion provoker like Inside Out. 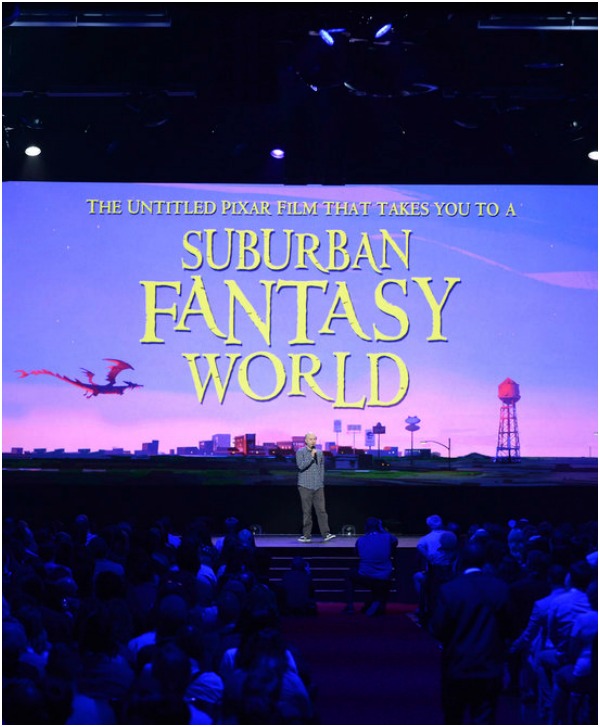 Disney Toon Studios shared an exciting preview of a film that is not yet named. All I can say is we saw fast high flying jet fighting planes. Here’s the official word on the animated film:

“Disneytoon Studios’ has an original new animated movie, as of yet untitled that will be directed by Klay Hall and Bobs Gannaway, and produced by Ferrell Barron. The film explores the future of aviation—taking moviegoers to the edge of discovery in the air—and beyond.”

We heard the news last summer that we could expect a Toy Story 4 but didn’t have a date. Guess what friends?! We have a date! Toy Story 4” is slated for release on June 21, 2019! 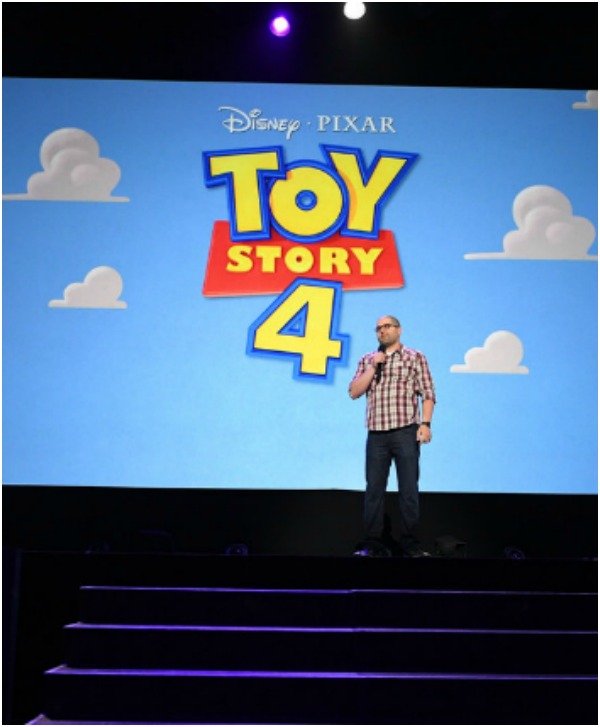 We got to see a video of the team working on “Toy Story 4,” Pixar’s Josh Cooley (“Riley’s First Date?”)  has assumed full director responsibilities for “Toy Story 4.” His enthusiam for the film was contagious. The Toy Story franchise is one that families will treasure forever so I’m really happy to see number 4 will be here Summer of 2019.

The last film we got to see a peek of is actually coming to theaters this November. I wanted to wait to share it until the end becuase you’ll be hearing a lot about Coco in the coming weeks on my blog! I’m very excited to be amoung the group that will head to San Francisco and visit Pixar headquarters to learn more about the development of the film. Actually excited isn’t even enough of a word for how I’m feeling. This film is very close to my heart as it’s a film about Day of the Dead, a day celebrated by Mexicans and Mexican-Americans. 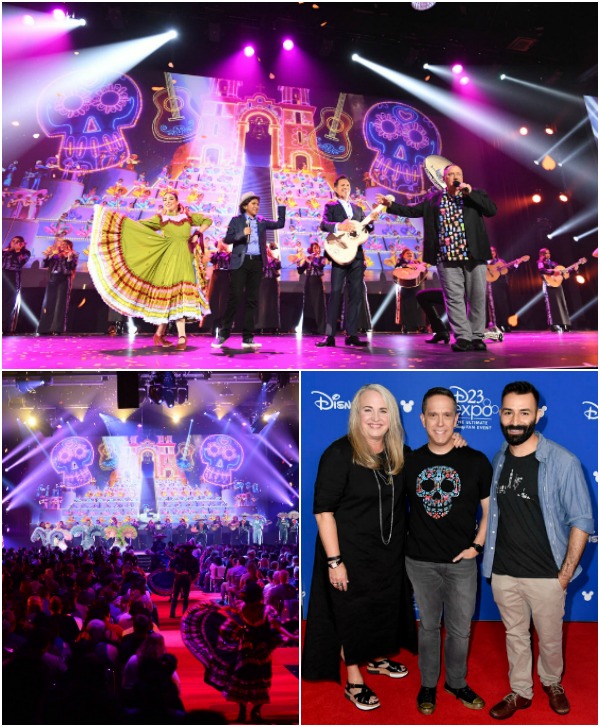 Coco presentation closed down the show and everyone in attendance to the panel received a beautiful movie poster. “Coco” Opens November 22, 2017!

Oh goodness so I forgot one more! The short you’ll be seeing befor Coco is Olaf’s Frozen Adventure! This was the first surprise of the panel and it was mind blowing. We are HUGE Frozen fans and we know all the songs. So when John Lasseter welcome Kristen Bell onto the stage I knew we’d be in for a treat! I love me some KBell ya’ll. And we were not disappointmented. We got a sneak peak at one of the songs and then it happened. A techical error and then Josh Gad came on the stage and finished the song live. EPIC was an understatement. I know Josh Gad will break out in song anywhere but in front of the 7,000 person convention room was truly amazing. I can’t wait for you all to see the short! The music is just as contagious and fun! 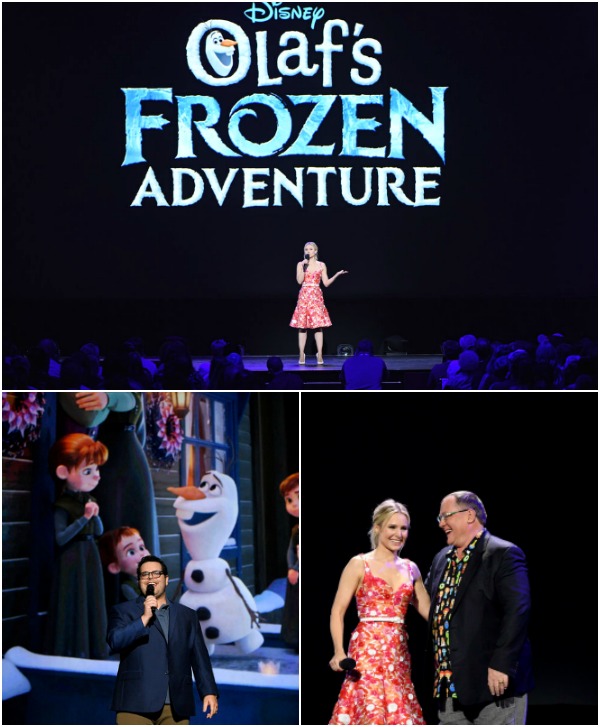 Wow what a panel right?! This was just one! To give you a glimpse of this panel check out this video!

Tell me which animated film you are ready for?!