Disclosure: This is a sponsored post. AT&T has provided items as compensation and provided for giveaway, however all opinions are my own.

One of the concerns of Military Spouses is “How can I sustain a career when we are always moving.” A valid concern, because in the nine years we have been a Military Family I too have said the same. I’ve compiled five job search tips for Military Spouses. 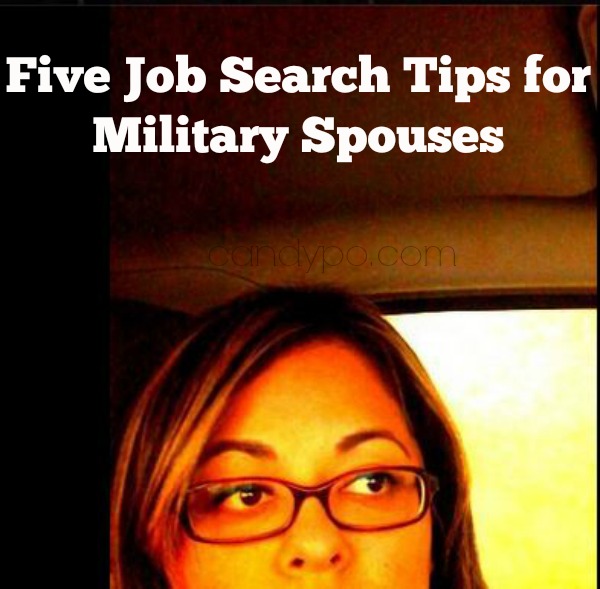 Have you ever come upon a job fair in your new area and realized your resume was not up to date? Yep, I’ve totally been in that position. Follow the Boy Scout motto, and always “Be Prepared.” It’s honestly one of the best things you can do to go from one job to another. With that being said, always keep an eye out and do online searches for Job Fairs in your area. If you can get away attend a job fair a couple cities away. You never know when companies are going out of town in search of new talent.

Networking is one of the best things you can practice on the ground level. You never know if you could be speaking to your next employer in the line at the grocery store. There have been times when I meet someone and they ask me, “Hey do you know of anyone looking for a job?” That statement is gold! Even if you aren’t the fit for the position, you can possibly refer a friend. And you become a confident referral for your friend as well.

My mom always told me, “Dress for the job you want, not the job you have.” I think it’s such a great idea to always look presentable. Sometimes I think I might be over dressed, but I think about what my mom says. It’s so important to always put your best foot forward. If you are going out for an appointment, spend an extra few minutes and look your best. Never know when someone could be looking for someone like you.

When we were stationed at Ft. Bragg, NC, I was a volunteer with Army Community Services (ACS). Unfortunately I didn’t get a chance to volunteer too much before we left again. The hubs deployed nine months after we arrived there and I came home with a then 11 month Aramis. But I kept in contact with the ladies and several times they would tell me, “Had you stayed behind, we would have gotten you a job here.” Granted at that time I wasn’t looking for employment, I was a new mom and my husband was deployed. But had I had the chance and Aramis be a little bit older I might have taken them up on their offer. Volunteer, get out there and show your character. This goes back to two previous tips, you are making a good impression and networking at the same time!

Be Open to Potential Opportunities

We aren’t going to do the exact job we set out to do and I’m not saying settle exactly either. I’m saying, be open to doing a position in hope of getting another opportunity to place yourself where you wanted in the beginning. Get your foot in the door! Remember that by following the tips above if you happen to get into a position that you weren’t really wanting but know it has potential for growth is there. It’s all about growth. So be open.

Did you know AT&T supports the hiring of active military personnel, veterans and their families for nearly 100 years?! I had no idea! This is a wonderful opportunity for the Military community. Per the AT&T website: “We know and appreciate the sacrifices military spouses make every day as they serve alongside their service member!” AT&T accommodates frequent relocation, hello multiple pcs in several years! Working with AT&T all of that can be one less for you. AT&T has a virtual career session for in between those moves. Learn more about AT&T’s flexible career opportunities by visiting att.jobs/milspouse.

AND NOW FOR THE WINNER OF THE AT&T PRIZE PACK!!

Thanks to everyone that entered! I love doing giveaways so I’ll be starting another this weekend!