Ooh LEGO friends! The LEGO Nexo Knights are back for season three! Thanks to Warner Bros Home Entertainment we received season three for review, but as you know the opinions expressed here are my very own. When the series first began, Aramis was like “ok I LOVE LEGO, let’s check it out.” Nexo Knights did not disappoint. We’ve all become huge fans of the LEGO series and Nexo Knights is so fantastic! I don’t want to tell you what happens, but this is a series that is worth collecting. 10 awesome episodes are included in this series. 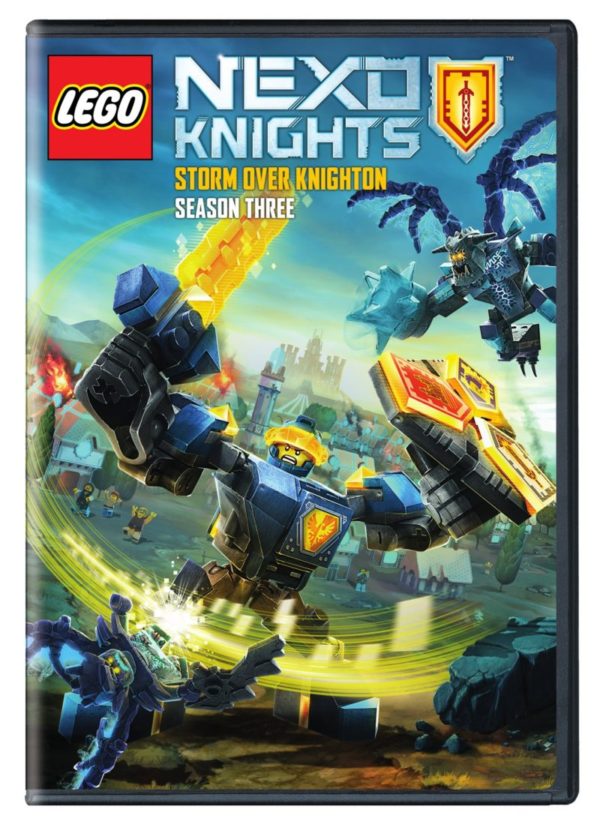 With the evil Book of Monsters destroyed and Jestro, the dark court jester, on an apology tour throughout the Kingdom, the NEXO KNIGHTS have returned home.  Due to the Knights’ valiant efforts peace has come again to Knighton. But all is not what it seems. Evil forces are lurking in the shadows, waiting for the right moment to attack the unassuming kingdom. Available NOW for $18.94 SRP, LEGO® NEXO KNIGHTS – Season 3 includes all 10 thrilling episodes as our heroes must again take action and rise up against wicked forces threatening the Kingdom of Knighton.

The NEXO KNIGHTS have returned from their fight with Jestro and the Book of Monsters and peace has been restored to the Kingdom of Knighton, or so it seems. Merlock the Magician senses a great disturbance in the magical time-space aura, but the citizens of Knighton remain ignorant to any impending danger. With Jestro providing sub-par weather forecasts on the morning news and the Book destroyed, their safety is a given… isn’t it? But as history repeats itself, all is not safe. Monstrox returns in a new form – no longer the Book, but as the Cloud of Chaos with the ability to travel across the Kingdom of Knighton wreaking havoc and creating monsters from stone. With Jestro and his army of stone monsters at his side, Monstrox forces the NEXO KNIGHTS to rise to fight for their realm once more. Utilizing their new NEXO-Mech Suits and stronger Combo Powers, the Knights must fight to keep Monstrox from collecting the Forbidden Powers and using them to bring the Stone Colossus to life and destroying the kingdom. But a strain is put on the Knights when their leader, Clay, discovers he is turning to stone, just like one of The Cloud’s monsters. Who will Clay train to take his place in this dire time? Will this new leader continue to keep the Kingdom of Knighton safe from destruction?  Or will Monstrox and Jestro prevail? Discover whether good will conquer evil once again in LEGO NEXO KNIGHTS – Season 3. 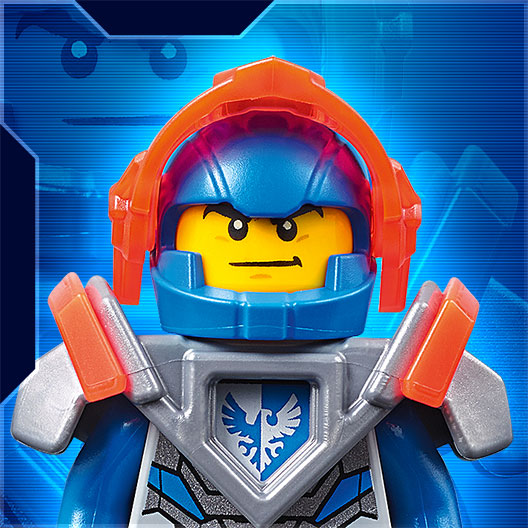 “After two strong seasons, we are thrilled to share the next hilarious chapter of the NEXO KNIGHTS with LEGO fans of all ages,” said Mary Ellen Thomas, Vice President Family and Animation Marketing, Warner Bros. Home Entertainment, “The action-packed third season brings new drama and hijinks to the medieval cast of characters living in the LEGO world.”

Pick up this awesome series today at your favorite retailer!