You are here: Home / Entertainment / Hilarious and Raunchy Comedy in Like a Boss

If I had to describe the film Like a Boss in two words, I’d say hilarious and raunchy. Like a Boss is a quick comedy with lots of laughs, just make sure the kids aren’t around. Tiffany Haddish and Rose Byrne star as a pair of best friends that start a cosmetic business together. Thanks to H+M Communications for the opportunity to review this film. I give the film a solid three stars out of five because I did laugh a lot and I loved the cast. Make a plan for a virtual girls night because it’s now available on digital and on-demand! 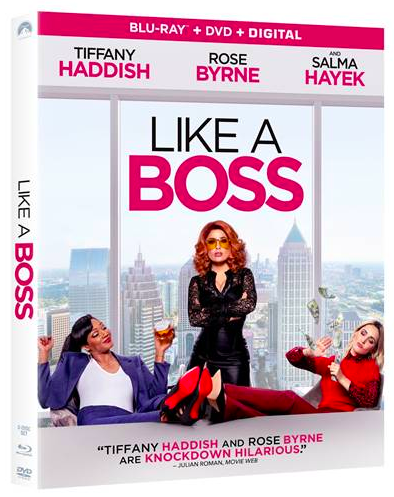 The film begins as we learn how badly their business is going and that sets the film in motion. But don’t think it’s just about the business! There’s added drama from Byrne’s past and we learn a little bit of their history which is a nice addition as you get to “know” their friendship and bond. 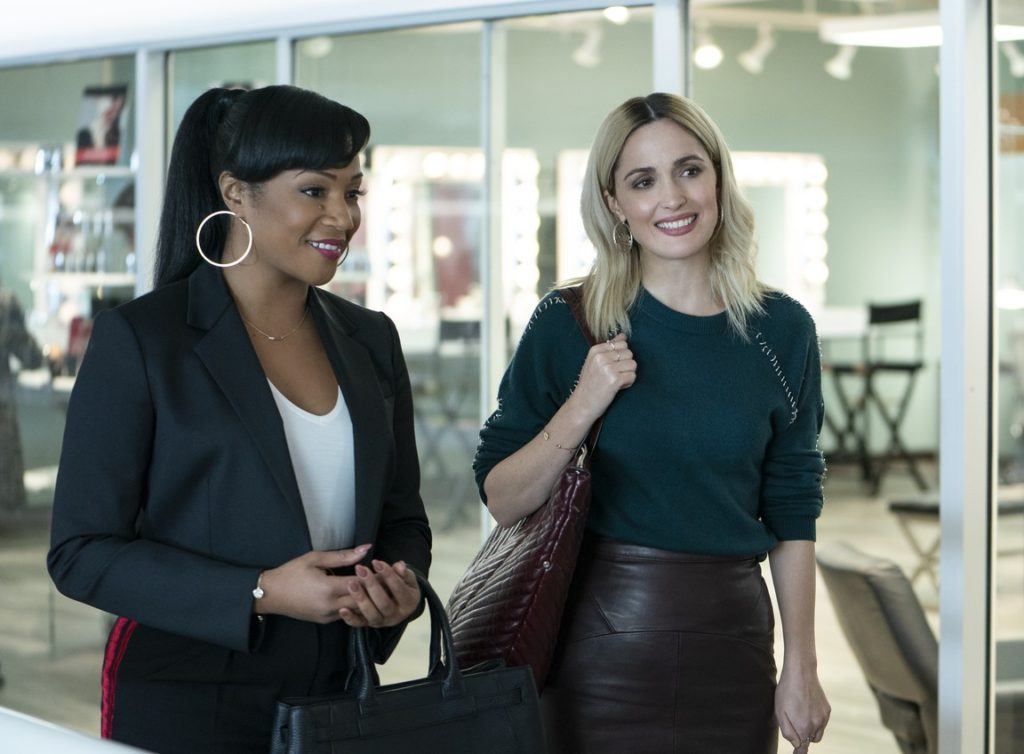 The film itself was quick and painless. I’m not sure I ever got over the prosthetic teeth Salma Hayek wore during the film. It definitely changed up her look but I don’t think it was necessary. Claire Luna was a strong character and I am willing to bet Hayek enjoyed playing her because she was so erratic and bold.

I recently saw Tiffany Haddish in the Netflix film, Self-Made and the character she portrayed in that film was a huge difference from the part of Mia. Seeing a bit of the same type of character that Haddish has been known to play was a little disappointing but the laughs she brought were authentic. I just don’t want her to get typecast as just the nasty funny girl.

I will say the scenes with all of the ladies were the most fun. The casting was phenomenal, you could tell that they all got along and had a blast together. Billy Porter and Jennifer Coolidge were a great addition to the cast on the business side of the film. I can’t not mention them as I really love both of these actors.

No just no.. but HELL NO. There are many sex jokes and innuendos that reference the male genitalia and don’t be surprised the vagina is also referenced. It’s a big mix of, don’t let your kids watch this unless you want to have an awkward family moment. You’ve been warned. 😉

Like a Boss is one of those fun films you’ll watch with girlfriends. I watched it with my hubby, it just wasn’t the same. I laughed at the jokes and enjoyed the film. The acting was great and the scenes were also great. I will say that it made me miss Atlanta. Run time is 7 minutes shy of an hour and a half, so it’s a quick watch. It might be one that you can watch a few times, definitely see it with your best girlfriends.

The film tells how best friends Mia and Mel (Tiffany Haddish and Rose Byrne) are living the life of their dreams running their own cosmetics company until an evil beauty magnate (Salma Hayek) conspires to cheat on them and steal their business. When their twisted plan separates best friends, Mia and Mel will learn that staying together is the only way to change the situation and get their company back. The beauty business is about to get very ugly. The film also features performances by Jennifer Coolidge and Billy Porter.

Previous Post: « What You Need To Consider About Caring For Your Parents In Their Old Age
Next Post: Spring Is Here: Time To Declutter And Get Organized »