You are here: Home / La Familia / His First Time To Detention

That’s right, you read it right. On Tuesday, May 9th, 2018 was his first time to detention. Why am I sharing something so personal? Because I think this is something important to talk about. He knows I’m talking about it on the blog and he was ok with it. I’m definitely not out to embarass him, we are learning together. 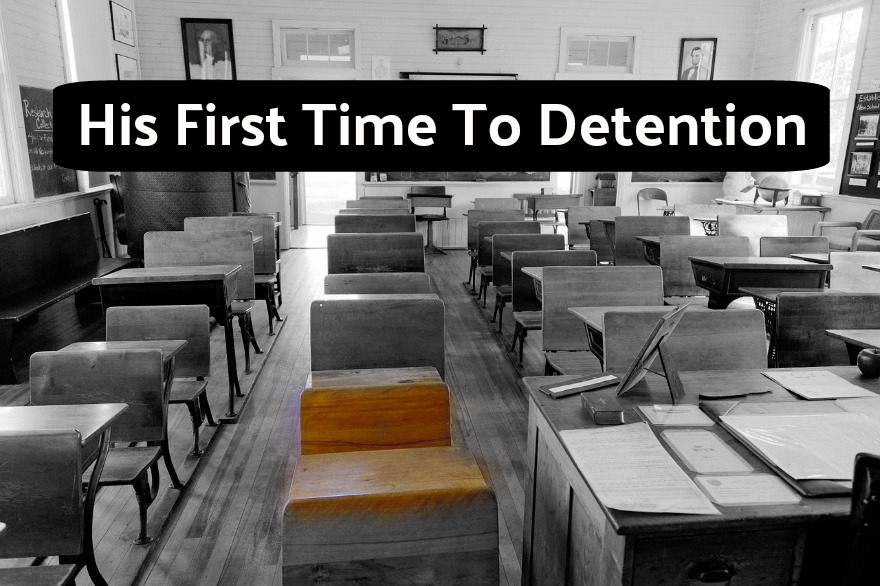 My son is a good boy. He’s thoughtful, caring and very loving. Want to know how he ended up in detention? For being dishonest. Whether it was bad enough for him to end up in detention, honestly I’m not sure. But he went and hopefully he won’t go back.

Here’s what happened. At the elementary school, the children grades 3rd thru 6th (7th graders go to high school- yeah there’s another post idea), have to wear their shirts tucked in and wear a belt. It’s school policy so after we moved here, we scoured the boxes looking for belts for both kids. We didn’t know Ezra didn’t need one since he’s only in Kindergarten, so he’s been wearing his shirt tucked in and a belt too. Like any other child, these boys come home and tear off their shoes and get into shorts to relax. Aramis misplaced his belt a couple of weeks ago (we had no idea) and hasn’t been wearing a belt lately. He tucks his shirts in and wears a fleece jacket over because he gets cold. If he’s got his fleece on, you can’t tell if he’s got a belt on or not. Well come to find out this kid had been going to school with his shirt tucked in but without a belt and covering the fact with his fleece.

He got caught, as you often do when you are doing something wrong right? He got a notice for not wearing a belt before so this was his second offense. He was asked if he was wearing a belt and he was truthful and said no. So they punished him with one afternoon of detention.

When he came home with the slip I was more upset with him for being dishonest, and where the hell was his belt? He did the crime, so he has to serve the time. Tuesday came and I picked up Ezra, because I wasn’t sure how he’d do riding the bus alone and then turned right back around and picked up Aramis (luckily we live super close to the school). I was actually surprised at the amount of children walking out from detention. I was thinking he would be the one of a handful of kids. But no, there was a slew of them – boys and girls. Who knows what their offense was.

There he came walking out looking upset. Not upset like crying, he was hung up on the fact that he was told that he could not be trusted. He told me he wrote a paragraph several times about not being trustworthy and then did some math problems. He didn’t show his work on the division problems so they spoke with him about not showing his work and how are they supposed to know how he answered the question. He kept saying, “I don’t know why I was even there, I just wasn’t wearing a belt.” He was focusing on the fact that he’d only been without a belt, he didn’t break a serious law. “It wasn’t that big of a deal.”

Aramis was so focused on the fact that it wasn’t that big of  deal to not wear a belt he wasn’t seeing the big picture. As I mentioned at the top of the post, he was punished for being dishonest. I explained to him that getting caught was not where he failed, but by going to school knowing he was not following the rules is where he was wrong. It took some extensive explaining, but he finally got it. There’s so many situations where we are tested and it’s always best to be honest. We want to raise the best humans possible so this was really important to us that he understand why he was wrong. And to make sure he doesn’t do it again. Little lies can turn into big lies.

We will continue to talk about this to him. I think talking about it will keep it in his mind and right will overcome wrong. And let’s be honest, I’d rather him make these mistakes now than later as a teen and into adulthood. Moving around his disadvantages, but I want him to also learn to be proactive and learn about the rules, laws and/or customs of wherever we end up. We’ll be better for it.

How do you teach your kids about being honest and truthful?