You are here: Home / Television / Just Another Cop Show

I don’t know if you know this about me, but i really love television. Ok, clearly you know this if you’ve been around a minute. I missed the premiere night of The Mysteries of Laura on NBC the other night, but thanks to On Demand, I watched it tonight! If you’ve seen the previews of the show, yes you think, “it’s just another cop show!” You know what, I had the same thoughts. When I saw the commercial for the show, I thought, “Meh.. maybe I’ll catch it.” I was decompressing today and thought, “I’m going to see if Debra Messing’s new show is On Demand and it was! 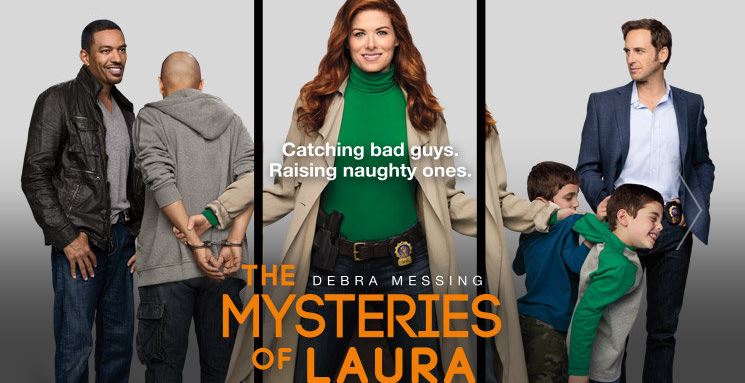 Verdict? I loved it! The classic homicide detective working cases, being a hard ass, but hold the phone it’s the gorgeous Debra Mession. Messing’s character is the awesome crime solving detective and single mom juggling two crazy boys. Detective Laura Diamond solves cases and still manages to be a good mom to her two boys. I think they are twins and they are definitely hand full. In the pilot episode they get kicked out of their preschool. As any good show there has to be a love interest.  The love interest/conflict is with her estranged husband, played by the handsome Josh Lucas. Lucas’s character is also in Law Enforcement and at the end of the episode there’s a nice twist for the show. Messing also has a partner played by Laz Alonso (is it bad that I don’t know who he is? Sorry!), he spoke some Spanish during this episode and he’s easy on the eyes too.

I’m excited to keep watching. I think it has potential to be a great show!

Did you watch the Pilot? Are you a fan of Debra Messing?

I’m watching the pilot episode of Gotham on FOX.  I’ll let you know what I think soon!