Disclosure: Thanks to Warner Bros. Home Entertainment for providing this product for review.

If you are  a LEGO lover you must get this series! One of my favorite thing about the LEGO videos is the hilarious humor in the shows. A great watch for young and old. I get a kick out of these series and I will say that they are great for imagination. Ezra has built a couple items that he has said were from the Nexo Knights. These boys find inspiration all over and that’s what we want as parents right? LEGO Nexo Knights the book of monsters is unleashed and it’s AWESOME! 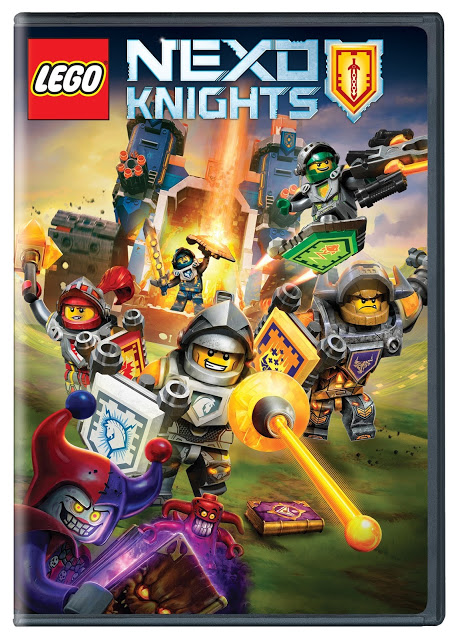 Here’s more about the series from Warner Bros. Home Entertainment:

Warner Bros. Home Entertainment and The LEGO Group release LEGO Nexo Knights – Season 1 on DVD is now in stores for $19.97 SRP. The DVD includes all 10 hilarious episodes from the first season that premiered on Cartoon Network in January to an overwhelmingly positive reception.

Who’s more excited to see LEGO Nexo Knights? You or your kids?!