You are here: Home / ABC / My #MomFail Moments Prove I’m NOT The Perfect Mom

This blog post is part of a paid Megan Media and ABC #AmericanHousewife blogging program. The opinions and ideas expressed here are my own.

I became a mom 10 years ago last month. It was probably the scariest moment of my life and the happiest at the same time. Sometimes it still scares me; I don’t think there’s ever a moment as a mother–or as a father–where you’re not at least somewhat scared of the “what if’s” of parenting.

But, as with most things, you have to have a sense of humor when it comes to parenting. I have had many a laugh on my own account from some of the things I’ve done as a mom and things that have happened to me that might not have happened if I didn’t have children. 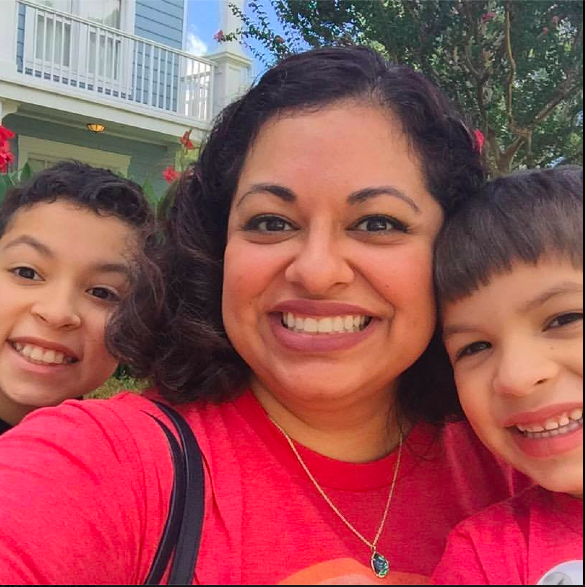 As a mom, I’m mildly—no, turn that “m” upside down and make it a “w”— because I’m WILDLY excited about “American Housewife,” which premieres Tuesday, October 11 at 8:30|7:30c on ABC. The main character, Katie Otto, played by Katy Mixon, doesn’t fit the stereotype of the typical, “perfect,” pretty, and petite mom living in Westport, Connecticut. Katie and her family are only in Westport for the great schools that could benefit one of her special needs children, so Katie has to deal with and dodge all the other moms in her town who love their “stupid green drinks” and fitbits. While I don’t live in a town like Westport, I can totally relate to Katie and the way she has to deal with her children acting out.

Aramis was making animal shapes with his hands and decided to use his middle finger to make a giraffe. “It’s the longest finger!” Yeah. Very appropriate, right? He kept at it, and got in some serious trouble at school. They wanted to put a “bad” letter into his permanent file because I guess they thought he knew what he was doing by sticking up that finger. So I had to march down to the school and explain that we don’t use “the finger” in our house, so he must have had no clue what he was doing! I mean, he was making animal shapes with his hand, come on! This is the kid that said the devil wasn’t real during faith formation last summer, and I was pulled aside and asked to please explain the devil to him. I can’t even.

(Talk about a major #MomFail on religious studies! LOL).

And my other child, Ezra, is headed in the same direction. This little toot points with his middle finger, so when other moms GASP, I have to explain that his grandmother points like that and therefore we don’t chastise him for it. If grandma does it, it’s okay, right?

Sometimes it makes me feel awkward though, like I’m committing another #MomFail. So I’ve gotten into the habit of telling Ezra: “Wrong finger buddy!” We do what we can as parents.

So you can see why I relate to Katie Otto. While I only have two children, I totally agree with a quote you’ll hear in the first episode: “My full-time job is to make sure one of my kids fits in more, and two fit in less.” HAH! So true.

Check out the trailer below:

Even though I’m a military spouse, I’m totally sympathetic to the plight of the non-nomadic family. As moms, we just gotta roll with the ups and downs sometimes, and those ups and downs come our way no matter if we stay put on a tree-lined suburban street or move around from city to city.

Oh, and this reminds me of another funny story…

Aramis’ birthday is very early in the school year; he’s a September baby. We moved to San Angelo in August of 2013, and my baby was just starting kindergarten. He didn’t know a soul, but this was an important birthday for him, and he wanted to have a party. During school pick-up a few weeks later, he grabbed my arm as we were driving away and said to me, “Mom, look! There’s my friend P and his mom! Ask his mom if they can come to my birthday party!” Oh child, the things I do for you.

I was just about to pull out of the parking lot, and P and his mom were headed to their car, so instead of getting out and walking over, I pulled the “creep move.” I drove over to them, slowed down as I approached their car, and rolled my window down: “Excuse me, ma’am? Hi! I’m Aramis’ mom, Candy, and we don’t know anyone in town, but he’s turning 5 and we’d love for you guys to join us at Mazzio’s for a very small get together.” She looked a little nervous and taken aback, but she was ultimately very kind. We exchanged numbers, and they met us for games and pizza a few days later.

Did I feel like a super creeper, taking a chance on that mom to make my kiddo happy for his birthday? LOL, yes I did… And I’d do it over and over again if it meant all the happiness for my son. We do everything in the best interest of our children, and if we’re lucky, we might even get to laugh along the way, which makes life a little bit easier. P’s mom is now one of those people that I’ll be friends with for life. She opened up her home and shared her amazing family with us. She’s one of the reasons I’d move back to San Angelo in a heartbeat. We now can talk about that moment and get a huge laugh out of it. It’s a good thing we are a bunch of goofballs. 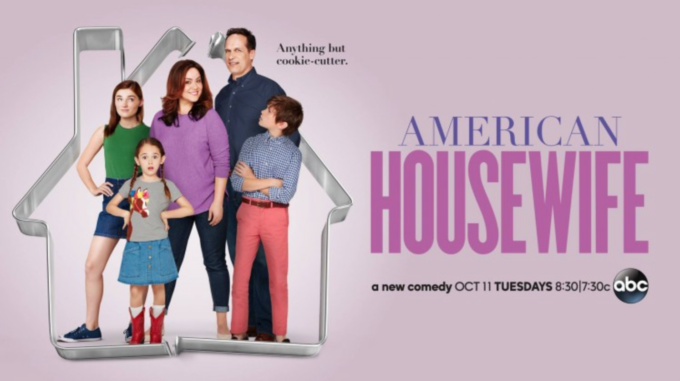 Make sure to tune in the ABC premiere of “American Housewife” starring Katy Mixon! You’re going to LOVE it!

To get the party started, @SocialMoms is hosting the American Housewife Twitter Party on October 11th from 4-5PM PT/7-8 PM EST, where we’ll get to share our hilarious mom fail stories. Tweet using the hashtags #AmericanHousewife AND #chat to be entered to win great prizes and get pumped up for the first episode (rules here).

There’s also an American Housewife Instagram Sweeps where you could win $500 JUST for sharing your Mom Fail photo on Instagram and using the hashtag #AmericanHousewife (if only I have a photo on Aramis giving the finger. If only!).

Need another reason to get excited? Take the “What Kind of Housewife Are You?” quiz below to find out how you’re most like Katie Otto:

Previous Post: « The Home of The Future is HERE! Visit the Best Buy Tech House #ad
Next Post: Enter to Win 2 Tickets to See Newsboys in Augusta #LoveRiotTour AD »