You are here: Home / Disney / What You Need to Know About Guardians of The Galaxy Vol. 2 #GOTGVol2

One of the things I find myself watching and enjoying are the bonus features! Guardians of the Galaxy Vol. 2 was absolutely no different. As a matter of fact I knew watching the bonus features would be amazing because I loved the movie so much when we saw it in theaters. Thanks to Disney I was invited to the D23Expo in Anaheim back in July and I get to share what you need to know about Guardians of the Galaxy Vol. 2 with you today. I really enjoyed GOTG Vol 2. I liked the first one but, LOVED Vol 2. 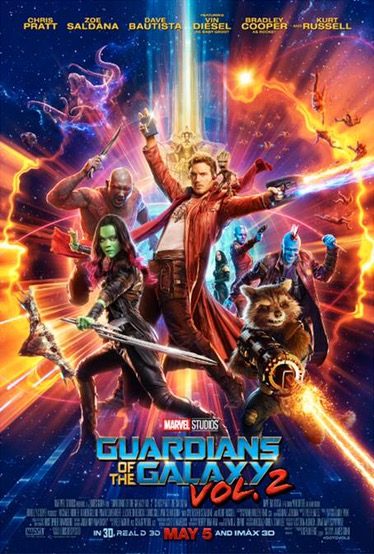 If you haven’t watched Guardians of the Galaxy Vol. 2, I have to tell you what you need to know or to expect when watching this this film. I think you’ll actually appreciate even more too. I know I’ve watched a few times now and each time I love it even more.

Unless you’ve been lost in the galaxy the smooth jams of Peter Quill aka StarLord, have probably filled your head at one point or another. Yes the music! One of the things you must pay attention to is the music in the film. I was super impressed with the soundtrack and the score. Turns out the score is written before the movie is even shot! How about that?! During filming the score is provided to the actors via ear buds so they can evoke the feelings and translate via the score and act out the tone and feel of the scene. I was very impressed with that informaiton. The songs are said to be what connects us to the characters and I have to agree on this.

Another one of the things you’ll learn from watching the Bonus Features is one of the ways to get the true feel for the film. I think for the next movie I watch at home I’ll watch the bonus features first. I’ll pay more attention and look to see if the meanings that the director and producers wanted was what I got out of the film. Pretty interesting right? 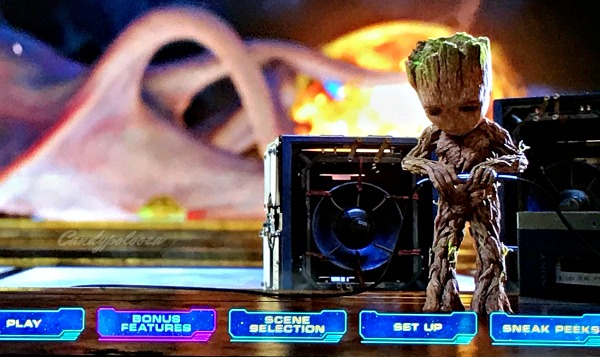 All the features listed above plus four extra exclusives:

Not only will you laugh during the film, you’re going to laugh and enjoy the bonus content. If you think the bonus features are meh and just extras.. You will find yourself appreciating the film, the actors, and the crew like you never thought you could or would. Just like the story of the film is about family, you realize these amazing cast and crew become a family during filming. Because as Dave Bautista mentions in the bonus features, “your family doesn’t have to be your blood family.” All the feels you guys! I really loved this movie! 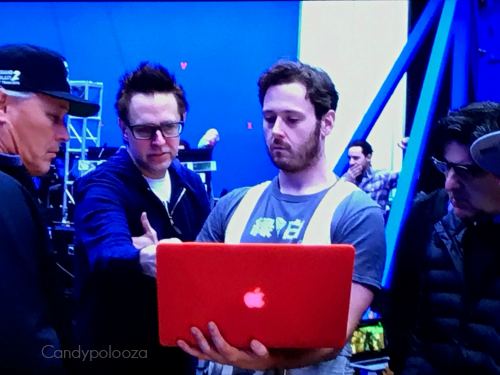 Have you watched Guardians of the Galaxy Vol. 2 yet? Did you watch the bonus features?!