There’s about 1.3million personnel on active duty in the US Army, with the military being the largest. Pew Research indicates there are currently 19 million US veterans in the country as of April 2021, representing less than 10% of the population. Over the years, people have admired the high level of dedication that the military and their respective families attach to their security. Are you a military spouse, admirer, or recruit who wishes to know more about this group and what being a part of them entails? Here are some facts you probably didn’t know before. 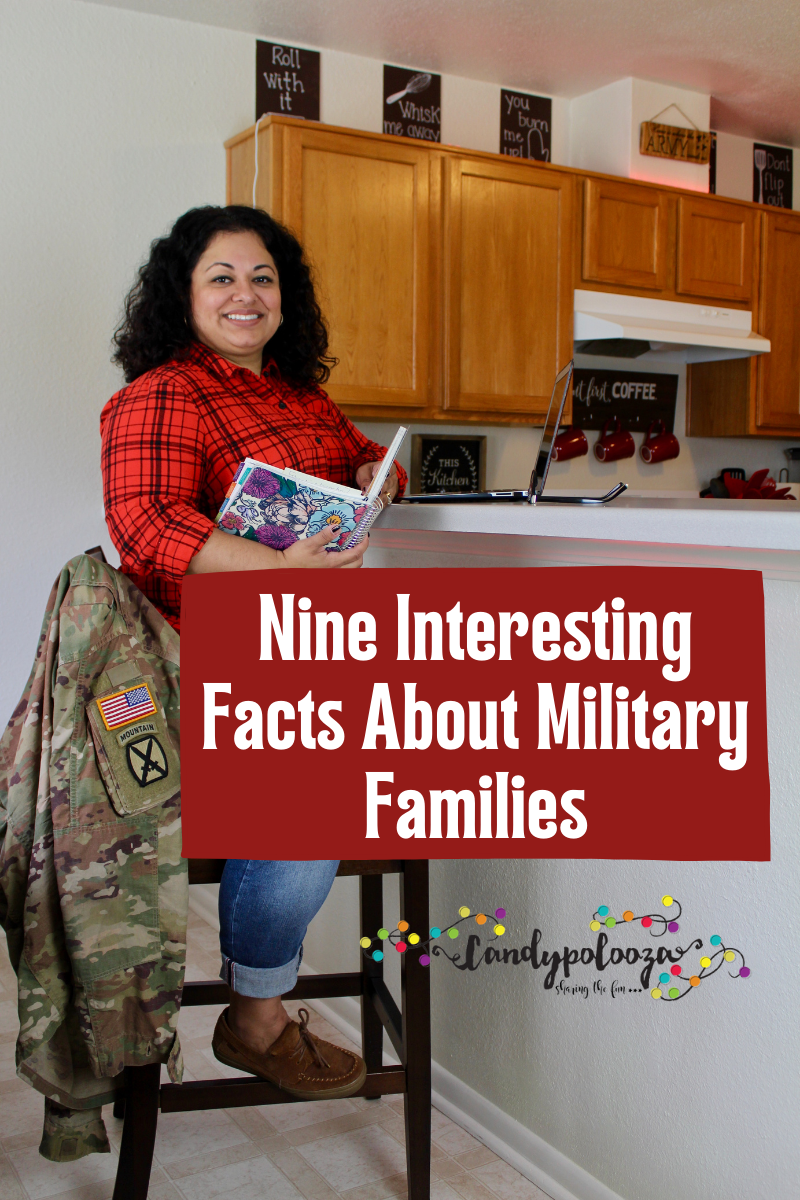 Military families relocate more than any other group

Compared to civilian families, military families relocate ten times more every two years on average. Being a part of the military requires frequently moving, depending on the orders given from above. Known as deployment or redeployment, those with immediate families have no choice but to move along with them, especially when the relocation is internal.

In some cases, an external move may require going with the entire nuclear family, which can be a daunting task. It’s best to get expert help to make the process of moving more accessible, from property search to shipping household items, filing documentation, and other essential steps required. Fortunately, with a moving guide to help the folks in the military, the process is simplified for these individuals.

Studies reveal that many military service persons tend to marry and start a family earlier than civilians. In a Research Gate survey on the US military, researchers found out that more than 55% of active personnel in the military find it suitable to marry as soon as they enlist in the forces. It’s widely believed that this is due to the higher mortality rates within this group. The same research shows that divorce rates tend to be significantly lower than is known in civilian marriages.

Therefore, most find it practical to take the next step from dating to marriage as soon as possible. Others also believe that getting married earlier and at a younger age confirms a commitment to return home to a loved one. In most instances, military persons have children earlier than non-military groups. A few active personnel admitted that their reason for having children earlier is to have a part of them remain in the world if the worst happens while on deployment.

If the personnel in question is female, she may not be allowed to be on active duty until her pregnancy is over and has delivered her baby safely.

Soldiers are sometimes deployed for more than a year, putting military spouses in an uncomfortable position. According to the US Department of Defence, about 36.6% of female spouses experience mental health diagnoses at least once every two years, usually stemming from the heightened anxiety about their military husbands’ safety.

More so, when they hear more news about the deaths of other military men, they end up being more edgy and uncertain about the future. It has been proven that military spouses whose husbands are still around experience lesser mental health issues, even though they know that they could be deployed at any time.

An average of ten people is affected by a military death

For every military person (on active duty) who dies on the frontlines of war or an offensive attack, an average of ten people is affected, mainly family as the parents, siblings, spouse, and children left behind are hit hardest by these deaths. In many cases, at least two children lost fathers in the military, while female military personnel who died left behind two or three kids. In situations where both parents lost their lives in the military, a maximum of four children became orphans.

Moreover, because the military recruits people when they’re young (between 18 and 25 years), the likelihood of having living parents is higher. In the days following the Iraqi and Afghanistan wars, it was revealed that the loss of military personnel significantly impacted almost 70,000 immediate families, leading to a nationwide program to provide counseling and other coping mechanism measures to help these bereaved families heal.

Over two million American kids have had one parent deployed once

Surveys conducted from 2001 to 2019 revealed that more than two million children have had to face the deployment of a parent who works as a member of the US military personnel. Furthermore, 900,000 kids with both parents in active service have also had to deal with the difficulty of having both their mothers and fathers going away on assignment. Those with deployed parents often face more anxiety issues and trauma than those with only one parent away on deployment.

More females are younger and are military spouses

Whereas about 5% of military spouses are men, 95% are women who are usually younger than thirty-five. This statistic was more prevalent in 2017. However, another report in 2020 by Military Onesource indicated that over one million military spouses are female, representing 91%, with the average age for these women being 31 years. It further shows that one out of four female spouses needs employment to sustain their families out of this number.

The US Defence Department employs more than 1.4 million military personnel (male and female) on active duty. Aside from the numbers given earlier, the Defence Department also employs about 718,000 civilians who work in the background. Their combined numbers make them the most significant employer than any other establishment in the United States. Although other corporate giants such as Ford and ExxonMobil employ substantial numbers, the US Defence Department far outweighs them.

Many US Presidents have served in the army

The US military also has a rich history, with about thirty out of America’s forty-five presidents being enlisted in the army while twenty-four fought in the war. Presidents George Washington (US’ first President) and Dwight D. Eisenhower (US’ 34th President) were awarded a Five-Star General rank during their tenure in the military. Additionally, President Theodore Roosevelt, America’s 26th president, was given the Medal of Honor for his service. It’s also interesting to note that although President James Buchanan served in the military, he didn’t advance to the officer position.

The 3rd US Infantry Regiment is the oldest among the security forces in the country. Known as the ‘Old Guard,’ it was set up in 1784 as the official Presidential unit. As a ceremonial contingent, their main task was to escort Presidents of the United States whenever they were on duty. The 3rd Infantry Regiment is additionally responsible for the famous ceremony known as the ‘Changing of the Guard Ceremony.’ This often takes place at the Tomb of the Unknown Soldier.

Five years ago, in 2016, this Infantry Regiment was honored with the American Legion’s Distinguished Service Medal. In some circles, people affectionately refer to the 3rd Infantry Regiment as a small city because it has over 20,000 service members with almost 30,000 military family members, making them one of the most notable US military units.

In conclusion, whenever you encounter the US military, hopefully, you’ll remember the sacrifices military families make all the time. Moreover, it helps to know that these families are the support system that keeps military personnel committed to protecting the country, even in faraway lands.