You are here: Home / Entertainment / Storm Reid is Meg Murry in A Wrinkle In Time #WrinkleInTimeEvent

It’s always so special to me when we get to interview the young cast members during press junkets. While Storm Reid wasn’t the youngest, she is the young heroine in the film and boy was she a pleasure to speak with. Thanks to Disney for inviting me along with 24 bloggers to the WrinkeInTimeEvent press junket, all opinions are my own. Storm Reid is Meg Murry in A Wrinkle In Time. At the early age of three she announced to her family that she wanted to be a “superstar!” Storm is a superstar in every way. If you haven’t seen her past films, I highly encourage you to watch them and see all of her future projects. She is  superstar! Now let’s get to the interview! 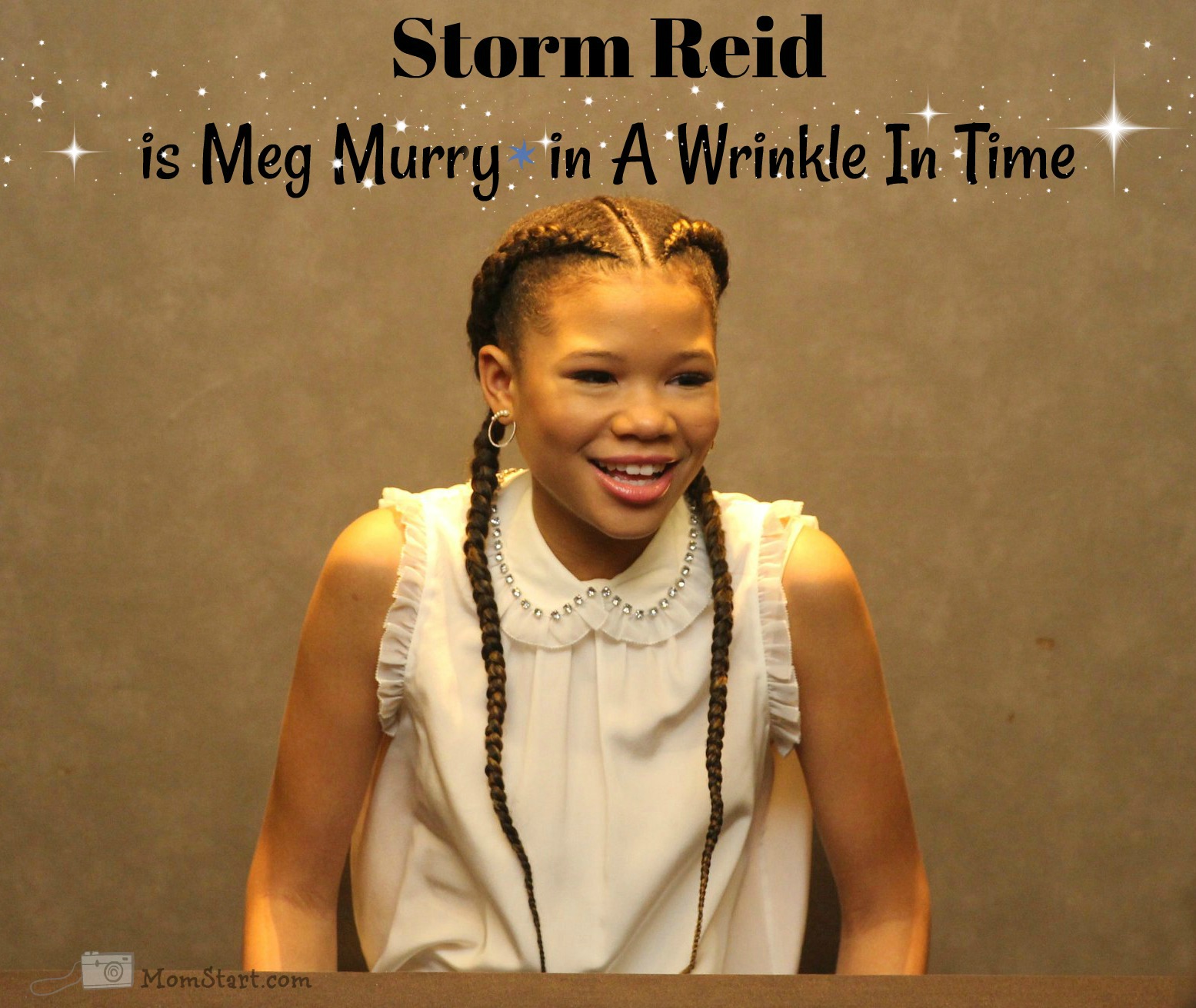 One of the things happening in entertainment is the importance of diversity. I share Storm’s thoughts on being cast as Meg and the importance of a multi-cultural cast in A Wrinkle In Time. She was asked what it meant for her.

“It means everything to me and it’s very empowering for me still as a young, little girl being able to represent the little girls that look like me and being able to give them hope and know that they can have any opportunity they wanna have and they can do anything no matter their big hair or their big nose, as people say, or their glasses or their skin tone. They can do anything. So, for me able to be that for them and be an inspiration and to uplift them and empower them in a time like this where everybody’s so divided and it’s so dark. It means a lot.”

I had the opportunity to ask Storm about the process of her becoming Meg.

“It was a long audition process. I think it took like a month to audition and then another month to find out when I booked it. But it was amazing process, and then the journey filming it, with it being my first lead role and shooting the movie for six months, it was different and it was a change for me even though I’ve been acting for 11 years. It was different, but I learned so much and I had the best time. And to be around such amazing, powerful women and people to kinda lift me up and empower me and we could do this together and share a screen with such talented people at the same time was really amazing.” 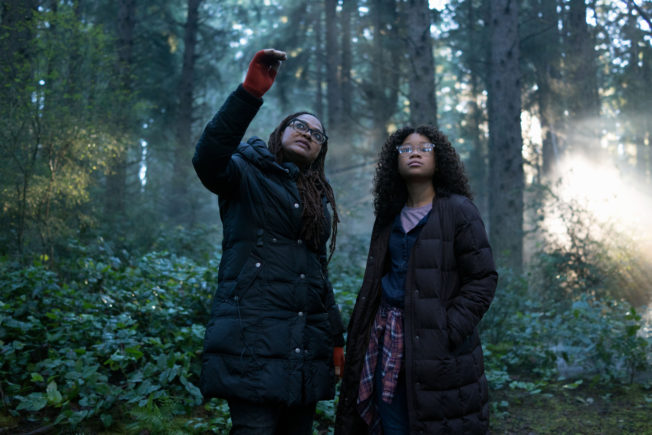 Director Ava DuVernay with Storm Reid on the set of Disney’s A WRINKLE IN TIME.

What Storm Learned from Meg

“I wouldn’t say I learned anything different, but I did learn that I am enough. And, of course, my mom taught me that and instilled that in me, and I’m pretty confident. But just being Meg and experiencing that and going through that journey with her where she doesn’t feel that way about herself and she has to embrace the light from within to become that, it really helped me do the same and really reassure that I was enough and that I am worthy of being loved, and I do have faults and challenges, but that can’t stop me. I feel like that was the biggest lesson I learned, and I say that me and Meg grew up together, ’cause — or grew together, because Meg is growing through the journey and then I was her, and I was growing as Storm, as a person, as a teenager as well.”

An Inspirational Cast and Mentors

When asked about her amazing co-stars she only had such positive things to share. “Yes, so, they’re all so great and I just learned that — I just learned from each and every one of them constant graciousness, because they are just so, so amazing and so empowering. And they’re these A List stars, but they don’t act like it. And they are so grounded and so humble. And I just love them. And then Miss Oprah told me don’t waste energy on things you can’t change in life when you can be using that energy on something positive in your life. So, they’re just all so great and I’m glad that I have them in my corner to pour into me and just be around me, ’cause they’re amazing women.” 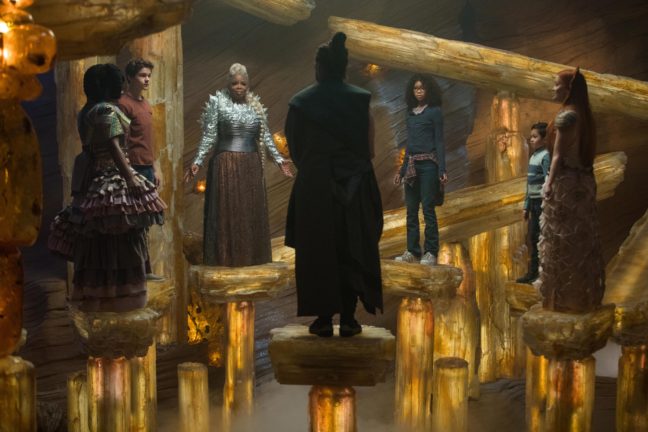 Mindy Kaling is Mrs. Who, Levi Miller is Calvin O’Keefe, Oprah Winfrey is Mrs. Which, Zach Galifianakis is the Happy Medium, Storm Reid is Meg Murry, Deric McCabe is Charles Wallace Murry and Reese Witherspoon is Mrs. Whatsit in Disney’s A WRINKLE IN TIME.

Without spoiling there is a very special message and scene in the film that I won’t share until after the film premieres. It’s good for young children girls and boys. In speaking with Storm, I love that she was very in tune with the message of the film. Storm is an extraordinary young woman and we can only expect so much more from her!

Make sure to get your tickets NOW for A Wrinkle in Time in theaters Friday, March 9th!