You are here: Home / Entertainment / The Casagrandes: The Complete First Season Available on DVD February 2nd

Who says spin-offs don’t work?! We love The Casagrandes! Thanks to Click Communication for providing this DVD collection and sponsoring the giveaway you can enter below. The Casagrandes is in fact a spin-off from the award-winning animated series The Loud House on Nickelodeon. The complete first season includes all 20 episodes from the critically acclaimed debut season. 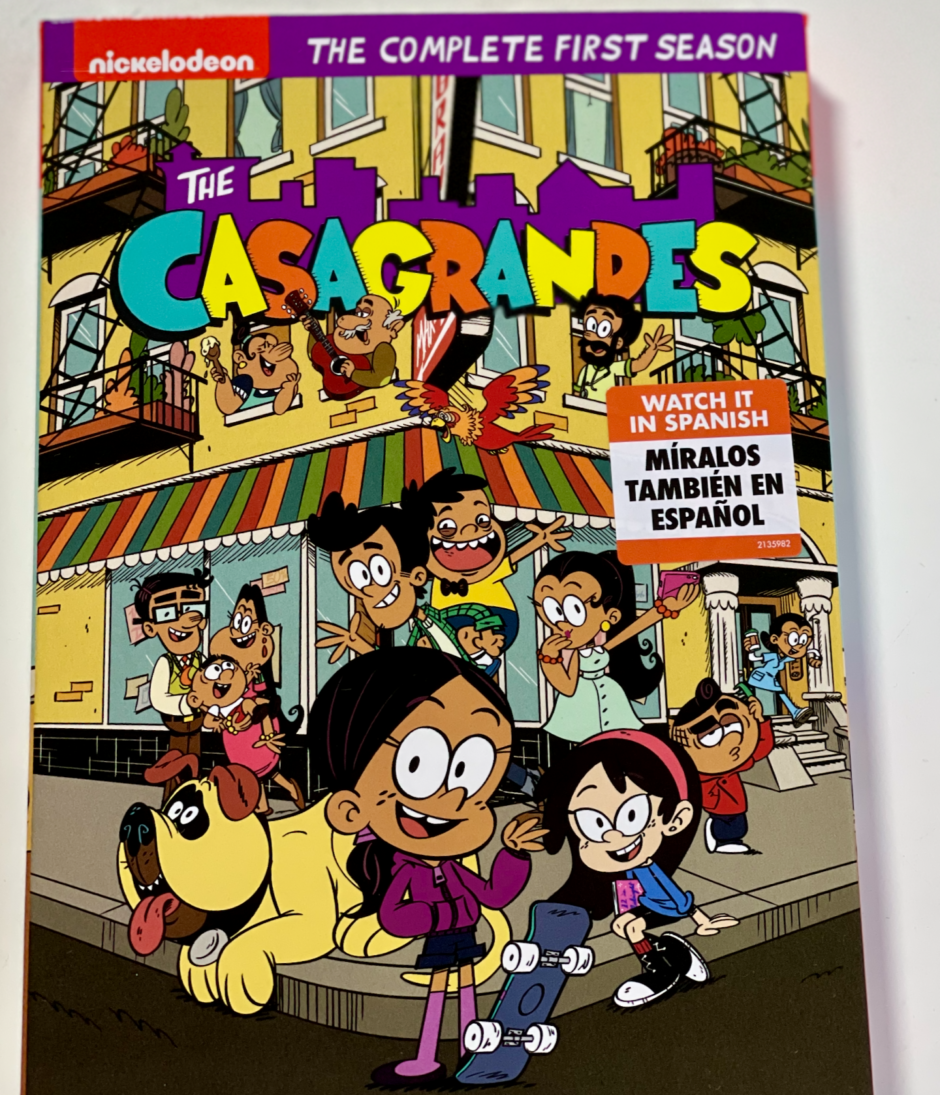 In the first season we meet the entire familia. If you are a fan of The Loud House you already know Ronnie Ann. Unfortunately I see her character as a bully in The Loud House. In The Casagrandes you get to know her more, her background, her family and also get to meet new characters. I honestly think that helps Ronnie Anne character. While many say it’s just a Latino version of The Loud House, or even The Cleveland Show (as what I’ve also seen it compared to) I have to say that it’s nice to have an animated series that shows that yes, while the family is brown- they are just as American as you and me. The Mexican-American family is real and I love that there is a space for it on Nickelodeon.

The show actually announced that they would be getting a third season back in September and this is actually before season two is released. Season two actually premieres on January 29th so keep an eye out for it! I’m hopeful that the character development and storyline will get even better with season two. There’s a lot that can be done with this series and I hope they knock it out of the park. It is an Emmy-winning series after all.

Ronnie Anne is an independent, skateboard loving 11-year-old who moved to the big city with her mom and brother to live with their extended family, the Casagrandes. Her new life promises to be an adventure, now that she’s living under one roof with her grandparents, aunt, uncle, cousins, and a sass-talking parrot. As if that weren’t enough excitement, her bedroom is directly below the bedroom of her best friend, Sid. And on the ground floor is the family run market (the Mercado), which is a gathering place for all their quirky neighbors. While her brother Bobby helps run the Mercado with their gossip-loving Abuelo, Ronnie Anne and Sid explore the city, making fun new friendships along the way. She’s also getting to know everyone in her bustling multigenerational Mexican-American family. Her new life is full of new discoveries, love, laughter and plenty of food!

Nickelodeon, now in its 41st year, is the number-one entertainment brand for kids. It has built a diverse, global business by putting kids first in everything it does. The brand includes television programming and production in the United States and around the world, plus consumer products, digital, location-based experiences, publishing, and feature films. For more information or artwork, visit http://www.nickpress.com. Nickelodeon and all related titles, characters, and logos are trademarks of ViacomCBS Inc. (Nasdaq: VIACA, VIAC).

Now For The Giveaway

PRIZE: One (1) winner will receive The Casagrandes DVD. Many thanks to Click Communications for sponsoring this giveaway.

Here’s how to enter:

This giveaway/sweepstake is in no way endorsed, affiliated, or associated with Facebook, Twitter, or any other Social Media Networking Site. This Giveaway is valid to continental United States residents only, Entrants must be 18+ years of age to enter. This giveaway event will end at 11:59 PM (EST) on February 2, 2021. The winner will have 24 hours to email their information back to info at candypo dot com or a new winner will be drawn. No purchase necessary, Void where prohibited by law, and the number of eligible entries received determines the odds of winning. Winners are chosen at random. The giveaway sponsor is responsible for prize fulfillment. Good luck!

MIAMI, FL – April 7, 2021 – (LATINX NEWSWIRE) - With a broken heart, the Kiwanis Club of Little Havana announces the loss of its longtime Director of Business Development & Marketing, the beloved Teresa Callava, who passed away peacefully surrounded by family on April 7, 2021, at the age of 64, after a long …

In metrics we have to go after is the ROI: Webinar WINA Talks power by PRODU

— At the WINA Talks power by PRODU: “The evolution of marketing metrics”, two Twitter executives emphasized that in the same way that digital advertising has been transforming, the metrics have also become more complex and that most importantly is to know what you want to do —
View More