Truly a beautiful story and breathtaking art, is what you can expect from Wolfwalkers, now streaming on Apple TV+. The Wolfwalkers is an epic film that will make you believe in the folklore of the wolfwalkers in Ireland. Thanks to Boutique PR for providing the screener for early access to the film and an opportunity to interview the creators. See the interview HERE. Now for my spoiler-free review. 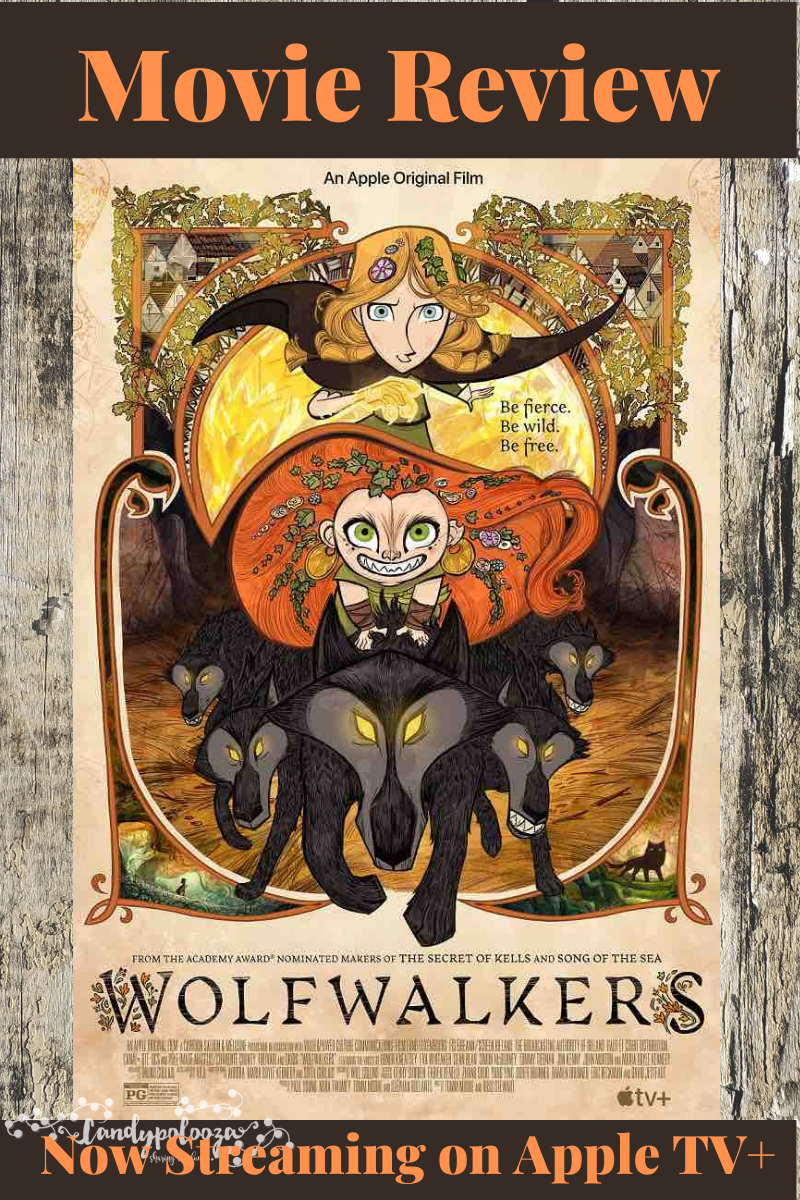 If you are a lover of animation, this film is really going to capture your eye. Writer Will Collins did a fantastic job of getting to the meat of the story quickly. I almost didn’t realize that I was missing some information. Which was good and bad, but it kept me intrigued in the story. The main characters are two girls, Robyn Goodfellowe (voiced by Honor Kneafsey) and Mebh (voiced by Eva Whittaker) a girl she meets in the woods.

The characters are full of turmoil and all of the feels and each have personal struggles. Robyn lives in the town Kilkenny wiht her father, the huntsman that has been brought it to rid the town of wolves. You realize there is one villain in the story and it’s not the wolves, it’s Lord Protector Oliver Cromwell (voiced by Simon McBurney). 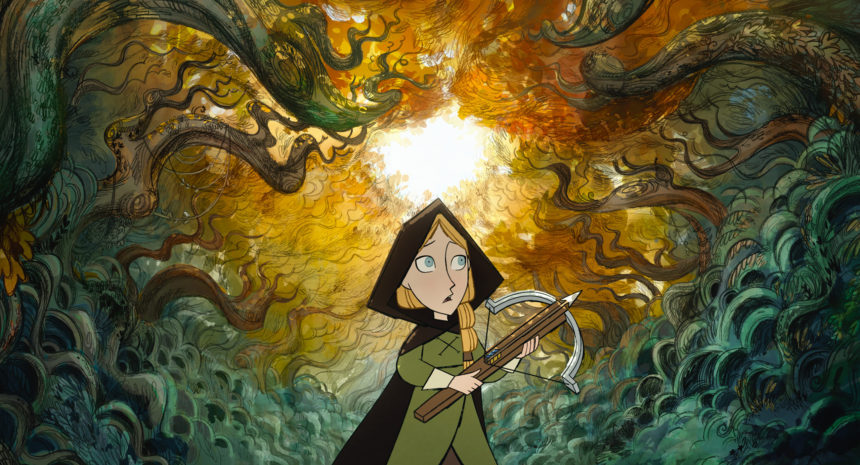 I am no artist, but I was fully enthralled by how beautiful the film was. The colors were perfect for the story and while it was an animated film, the viewer is able to connect with the story because it’s so beautiful and you can’t help but look all over the screen for all the beautiful scenes. I’m a sucker for a legend type story too. Anytime a film comes with a folklore type story it is so much more exciting and interesting for me.

As you can see from the image Robyn is carrying a crossbow, so yes you can expect her to use it. There are moments of violence and fire in the film. I would recommend the film to children 7 and up. Six might still be too young to really enjoy and understand the film. The colors might keep their attention but the flashes of fire and color during some action scenes could be a little too much for them to handle. This film was truly made for everyone above the age of 7 including adults. I feel adults will really enjoy this film as much as I did. 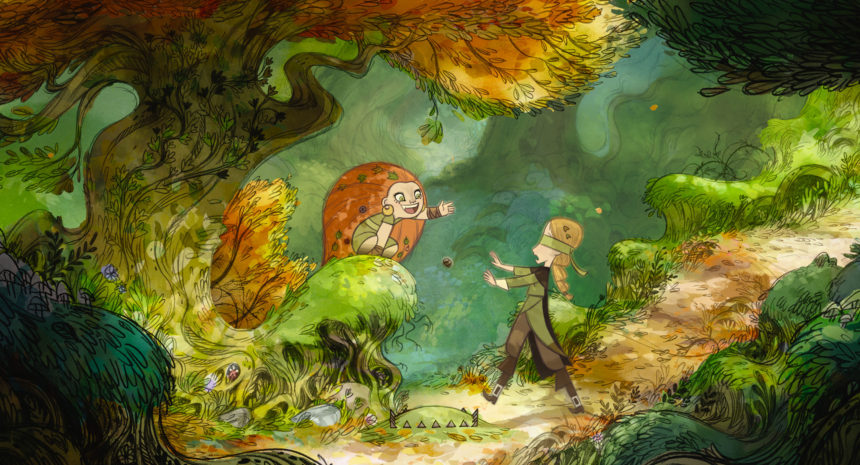 The film is stunningly beautiful and it’s one you’ll enjoy many times over. I feel like it’s one of those films you have to watch a few times because of how beautiful the animation is. What you might notice the first time, you’ll see something new the next time and the next. A beautiful and tragic story with a great ending. I have to say that I even wish there was more so that I could find out what happens after the end of the movie. I’m going to have to read the graphic novel they sent to us. Check out the amazing box I received as part of the press event. 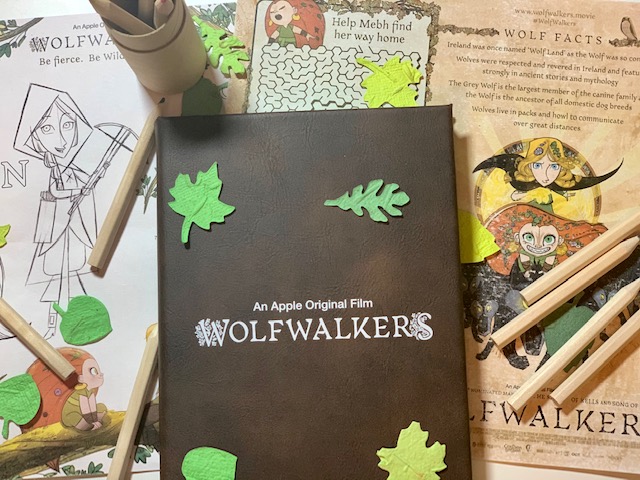 In a time of superstition and magic, a young apprentice hunter, Robyn Goodfellowe, with her father to wipe out the last wolf pack.  While exploring the forbidden lands outside the city walls, Robyn befriends a free-spirited girl, Mebh, a member of a mysterious tribe rumored to have the ability to transform into wolves by night. As they search for Mebh’s missing mother, Robyn uncovers a secret that draws her further into the enchanted world of the “Wolfwalkers” and risks turning into the very thing her father is tasked to destroy.

What is your favorite thing about animated films such as Wolfwalkers? I can tell you a few!