You are here: Home / Fitness / My Hips Don’t Lie Thanks Fibromyalgia

My Hips Don’t Lie Thanks Fibromyalgia

Ha! They really don’t. And I just realized that, it’s the name of the song too! Or Hips don’t Lie.. ah you know what I mean. LOL But seriously- Right now they are telling me to take it easy.  In 2009 I was diagnosed with Fibromyalgia. I was told that the Fibromyalgia was brought on by severe anxiety and stress. We were in the early stages of pcs-ing and I was super excited yet freaking out on the inside. In 2006 we moved from home, Texas to North Carolina to our first duty station and since I had just delivered Aramis, Harvey took care of it all. I didn’t lift a finger until the boxes arrived and it was time to unpack! So the moving was all new to me. The preparation for our move to Tampa was more than I expected and my body dealt with the stress the only way it knew how- Fibromyalgia.

After being diagnosed I of course got on the net and started researching what it was exactly. What did it mean for my body and moving about? Would I be in constant pain? I was worried. Luckily my doctor was on top of it. I had a few cortico-steroid shots on my lower back and shoulders and the pain started to go away. I was so worried that this condition would debilitate me to the point of not being able to get out of bed. I read about those possibilities and it scared the hell out of me. I was young! I would not let this get me down.

But it got better until now.. The pain is back and I’m not happy.  Next week, I will be getting some shots in my hips and start seeing a physical therapist for some trigger point therapy. That sounds crazy right..I hope it works!!  My doctor recommended muscle relaxers for the mean time; while I’m not against taking them, I declined them. What if my kids need me and I’m “out.” And to be completely honest muscle relaxers never sit well with me anyways. 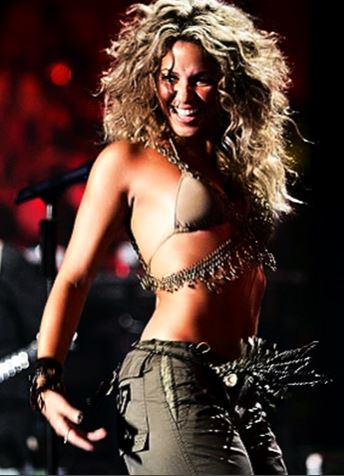 Yeah, I won’t be dancing like Miss Thang anytime soon. Makes me sad because I enjoy a good Zumba class like anyone. But it’ll come again after I get my shots. I’ll be back to doing all the things I love and then some. Hopefully! I’m down, but I’m not out ya’ll. Staying positive is also part of it.

For now: I’ll be at the lap pool swimming if you need me!

Do you suffer from constant pain? Do you have Fibromyalgia? How do you deal with the pain?