You are here: Home / Giveaways / Achieving The American Dream by Leo Manzano +Giveaway

On August 5th  the Olympic games begin. The world, along with myself is anxious with anticipation to see the best of the best compete. One of my favorite parts of the Olympics is seeing the opening ceremony and seeing all of the former Olympians honored. Thanks to Coke for sharing Achieving the American Dream written by Olympic Silver Medalist and fellow Texan Leo Manzano!  We’ve  also got a fun giveaway at the bottom of the post too! 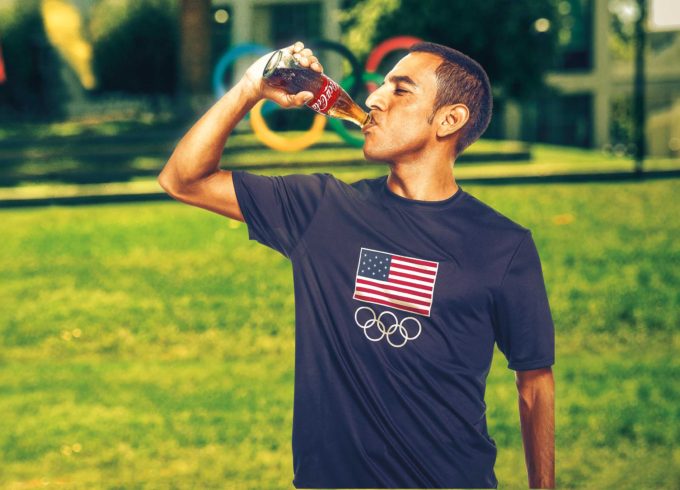 Growing up I’ve always felt that I didn’t fit in, from the cultural differences in heritage to my size. There has always been a difference that separated me from my peers. You would think those differences would be debilitating to my morale but I’ve realized those differences were what gave me strength and made me into what I am today.

I came from an agricultural-farm based community where both sides of my family were farmers. In the United States, immigrants have been typically slow in transitioning due to cultural differences especially those in language. It’s been particularly slower for Mexican immigrants lacking the proper education. Consequently, work and money were hard to come by for my family. I started working at age of 11 doing manual labor with family; work was necessary to make ends meet at home. I continued working well throughout my elementary to my high school years. Once in middle school, I picked up running cross-country and track. Most of my youth was spent juggling between morning practice, school, and work.

While my classmates all hung out after school, I had to work. It was tough knowing that my family was different and that work was the foremost important thing in life. My work ethic and willingness to put my family first can all be traced back to my father. He had always been a laborer never backing from a job no matter how hard it was or how long it took. He carried that extraordinary work ethic from Mexico to the United States and taught his children to have the same mindset. For him, nothing in life was given; it had to be earned.

When I graduated high school, I had accomplished something no one in my family had ever done. My parents didn’t have the luxury of an education growing up and they were barely able to complete an elementary education, since they were needed in both family matters and farm duties. When I received my high school diploma was when my parents knew that, through their sacrifice, they were able to get their children ahead in life. I was a product of the exceptional values they had instilled in me and the American dream they had chased.

As I took my next step forward, my parents wondered what their next step was. Never having anyone in the family finish high school, they didn’t know what the future had in store for me. College was foreign to everyone in my family including myself. I didn’t even know anyone who had been to college, but I knew I had to keep raising the bar just as my parents before me did. Then, after winning several state championships, I was able to earn a scholarship and decided to trust my passion for running, backed by the values my parents taught me, and I took a chance.

At the University of Texas, I felt even more foreign but I found comfort through my running. During the end of my years at the University of Texas and into my post-collegiate years, I continued working hard chasing my dream to make an Olympic team. It wasn’t until 2008 when I qualified for my first Olympics in Beijing. Then, later in 2012 at the London Olympics, I was finally able to achieve those goals and dreams, as I was the first American in the Men’s 1500m to have earned a medal in that event since Jim Ryan in 1968. My victory lap was full of joy and emotion. The medal symbolized so much in my life as it was the result of the many years of hardship and sacrifice, not only as an athlete but also as an immigrant raised in the USA.

I often feel that many people see my diversity as weakness but in fact it has made me into a stronger person and competitor.  If I had simply fitted in and forgot about my background and heritage, I wouldn’t have gained a wider perspective of the world, and the strong-willed body and mind that I have today. Standing at 5 feet 5 inches, I am one of the shorter runners out on the track; though this could be seen as a disadvantage, in fact it is my size that has given me an advantage –and especially with the cultural heritage and family values– that have put me in the fast track to success.

To this day, I still encounter challenges, but I remember my humble beginning to the battling of Goliaths on the track. I hope that people can see me as an example of success and that it can resonate throughout their lives so that they, too, can chase their American Dream. Even when you are at the top of the podium in life, it is important to remember where is it that you came from, for it’s your roots that keep you grounded when you have to weather a storm and your values are what takes you to victory, no matter how big or small they are.

Presently, Manzano has partnered with Coca-Cola to spread the message that anyone can achieve their dreams, regardless of humble beginnings. He also wants to emphasize the importance of embracing family values as a pivotal driver for success.

Leo’s story gives me chills every time I read it.  An incredible journey and I can only imagine how his parents must just burst with pride at his accomplishments. His story really resonates with me and I’m proud to share it with you today.

Now for the giveaway! One of my lovely readers will have the chance to win this awesome Coke merchandise gift basket! 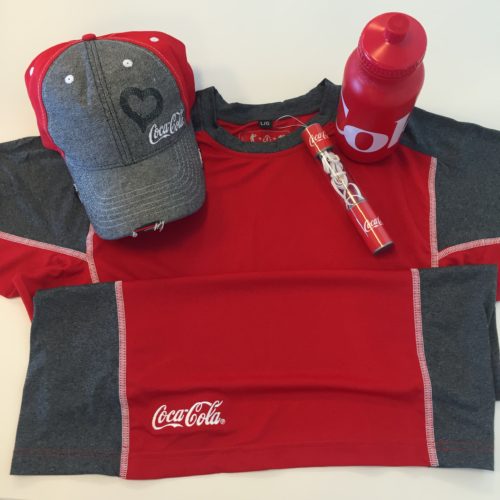 GIVEAWAY RULES: Giveaway is open to 18yrs + and US Only. The only way to enter is to leave a valid comment following the directions of the question and/or RT following tweet. Leave the link to your RT as a second entry. Giveaway ends Friday, August 5th at 11:59 PM EST. Void where prohibited. Candypolooza is not responsible for non prize fulfillment.

Who or what inspires you and why?

*Only answers with complete sentences that answer the question will be eligible to win.*

Read the inspirational article by #Olympicmedalist Leo Manzano! Enter for a chance to win a Coke prize pack! https://t.co/EBlG1u0S9v AD