You are here: Home / Entertainment / Frozen II is Enchanting My Thoughts and Spoiler Free Review

Last week I had the amazing opportunity to attend the Frozen II red carpet and world premiere. I’ve been thinking about what I’d say in my review since leaving the Dolby Theater. I’ve got one word for you: Enchanting. Frozen II is enchanting. 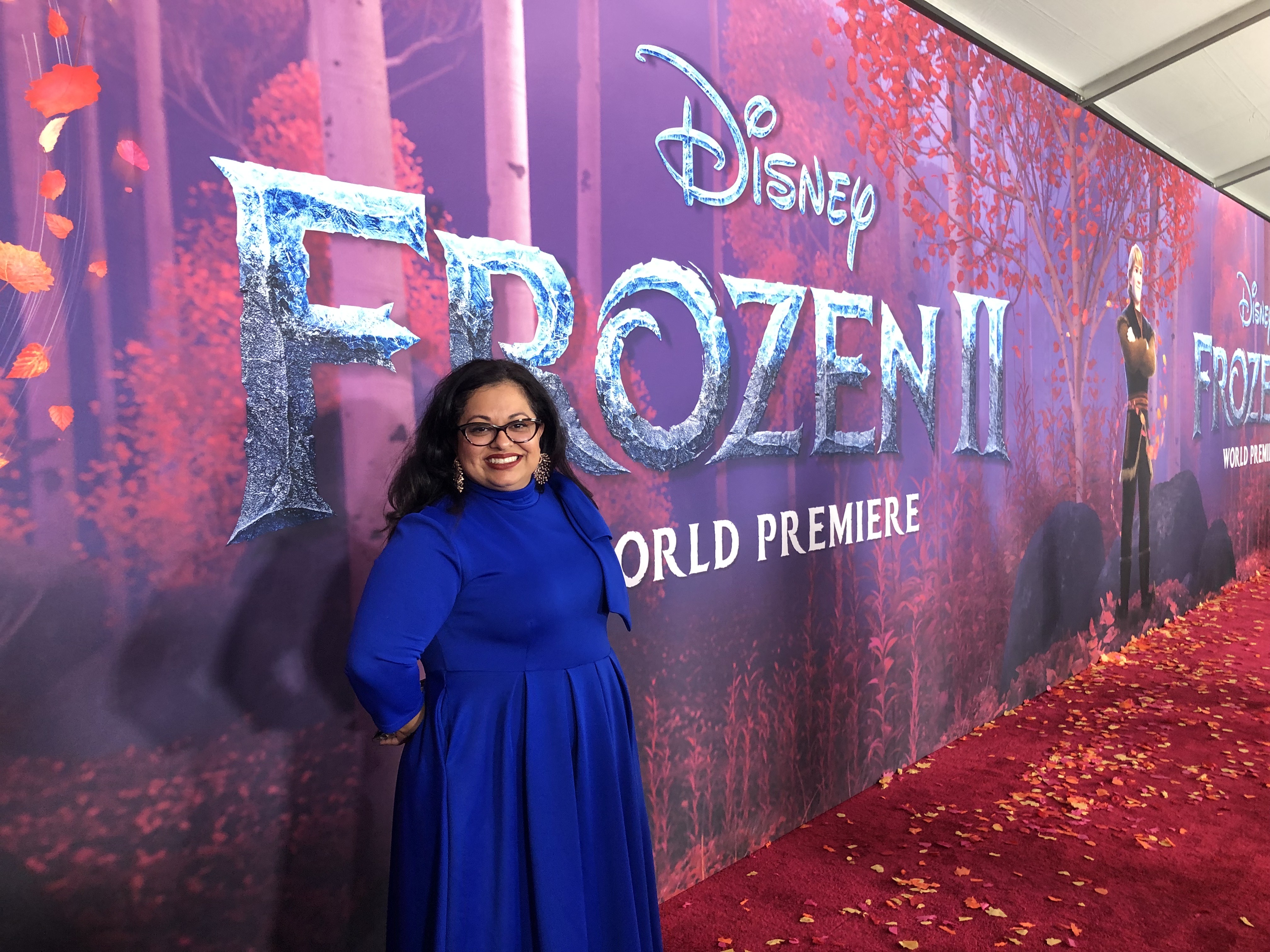 The Making of Frozen II

It’s been six years since we first learned of Elsa, Anna, and Arendelle. In those six years, a lot has happened. Two Academy Awards and a slew of wins and nominations for the cast and creators of the animated feature that bore two shorts ‘Frozen Fever’ and ‘Olaf’s Frozen Adventure.

Well, the gang is all back and they’ve been joined by a few more voices that bring this enchanting story full circle.

It took three years for Frozen II to be completed. In an interview Kirsten Bell was asked what it was like to be back in “Frozen land” and she answered, “I feel like I never left. We’ve been working on the film for the past three years.”

With a runtime of 103 minutes, you’ll be hooked from the beginning. You’ll notice immediately that the color scheme is completely different from the first film. But don’t be afraid the animation is bright and illuminating throughout.

In Walt Disney Animation Studios’ “Frozen 2, Elsa encounters a Nokk—a mythical water spirit that takes the form of a horse—who uses the power of the ocean to guard the secrets of the forest. Featuring the voice of Idina Menzel as Elsa, “Frozen 2” opens in U.S. theaters November 22. ©2019 Disney. All Rights Reserved.

First off, I have to tell you that Frozen II, while it is a sequel can be seen as a stand-alone film. There are enough flashbacks to fill you in on how this story came about, actually, you’re given even more than we picked up in the first film.

The music is delightful. Almost everyone knows “Let It Go,” you’ll find yourself humming, “Into the Unknown” and a few other songs from the film. The soundtrack is available tomorrow to prep you for the film on November 22nd.

And yes, Olaf has a song and it’s the cutest!

The addition of Evan Rachel Wood as Queen Iduna and Sterling K. Brown as the courageous and loyal  adds to the richness of the film’s depth and we get the full story my friends- it’s fantastic.

Absolutely. My recommendation on the age range is as young as 6-7. Reason being that there are some elements of darkness in the film that could scare a younger child. If you are wondering if the film will hold a younger child’s interest- it will. As mentioned earlier it is beautifully illuminating.

QUEEN IDUNA loves her daughters Anna and Elsa and wants to protect them at all costs – especially from the secrets of her past. But as young Elsa’s powers and questions grow, she begins to wonder if her own past may hold the answers for her family. Featuring Evan Rachel Wood as the voice of Iduna, Walt Disney Animation Studios’ “Frozen 2” opens on Nov. 22, 2019. © 2019 Disney. All Rights Reserved.

Without giving away any spoiler information on the film, my final thoughts are -go see the film on November 22nd. If you need a refresher, give the original a watch on Disney+ and come prepared for an epic adventure that will leave your heart full. And if you have a sister, watch it with her.

Magical and larger than life, Elsa is the perfect mythic character—but she can’t help but wonder why she was born with powers. What truths about the past await Elsa as she ventures into the unknown to the enchanted forests and dark seas beyond Arendelle? Featuring Idina Menzel as the voice of Elsa, Walt Disney Animation Studios’ “Frozen 2” opens on Nov. 22, 2019. © 2019 Disney. All Rights Reserved.

Why was Elsa born with magical powers? The answer is calling her and threatening her kingdom. Together with Anna, Kristoff, Olaf and Sven, she’ll set out on a dangerous but remarkable journey. In “Frozen,” Elsa feared her powers were too much for the world. In “Frozen 2,” she must hope they are enough.

Previous Post: « See The NEW Sonic The Hedgehog Trailer
Next Post: The Warrior Queen of Jhansi My Thoughts and Review »